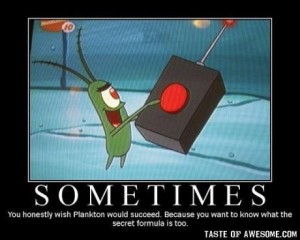 Cartoon Network has forever been most children’s favorite television channel. From Ben 10 to Tom and Jerry; the popular network boasts an array of well-known shows and popular characters. Whilst the television programmes may be exciting, the fun doesn’t stop there either. There are a whole host of Cartoon Network games which allow your little one to get in on the action as well. You simply need to go to the Cartoon Network website and your son or daughter will be met with a huge selection of games to choose from. In order to give you an idea of what is on offer, take a look at the top eight games featured on Cartoon Network today:

This is a game which can be played with one or two players. This is great because it means that it is an activity which you and your child can enjoy together. So how does the game work? Two cute characters have to sneak around in order to get to their destination without waking up a dinosaur. Your child will have to press the right buttons on the keyboard when prompted in order to ensure the dinosaur doesn’t wake up and end the game.

Ben 10 is one of the most popular cartoon characters on television today. In this game you are in Ben 10’s spaceship. You have to use the arrows to move and the ‘Z’ key to fire at the enemy. Your child can even abandon their current ship and run into another one in order to take its form and thus gain its powers. You have to complete various different levels and make your way to different destinations.

This is assured to be a favorite game amongst most young girls. You can choose to dress up Shaggy, Scooby or Daphne.  Once your child has selected their character, the Mystery Machine arrives with lots of clothes in the back for your little one to play around with.

Your child will act as both Mordecai and Rigby in this game. They can drop stink bombs and collect the trash to move up a level. But they will need to be aware of traps and enemies!

As always, Jerry is trying to run away from Tom. In this game your little one will play Jerry and will have to run away from dangers – this doesn’t only include Tom, but his friends and the hot burning stoves. Jerry can get his own back though and turn on the switches to burn Tom. The cakes are also bouncy as well which allow Jerry to jump up.

Rhythm Heroes is another popular selection out of all the Cartoon Network games. It boasts several different levels and thus the fun never ends. Your child simply has to press the buttons to make their character sing properly. This is great for any little one who likes to dance and sing.

This game is a popular one amongst all the Powerpuff Girls’ fans.  Your little princess can pick between all three Powerpuff Girls; with Bubbles offering a beginners level game, Blossom being for intermediate and Buttercup for those who are an expert. They can also pick their own board design and mountain slope. Then it’s time to snowboard!

Most children love drawing and coloring in and now they can do so on the internet as well. There are some great pictures to choose from and lots of vibrant colors as well.

It is recommended that you introduce your little one to some of the games mentioned so that they can benefit from a whole host of fun and entertainment!