You have come to the right place if you are looking for fun, engaging and exciting Christmas games and activities to do with toddlers, preschoolers and kindergartners. Our activities are widely used by teachers, moms, dads, child care providers etc. for learning and teaching while being fun for the kids!

All our activities are available at no cost and are free to print and share. 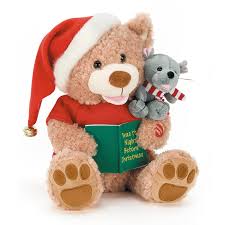 Teddy Bear Christmas Party
Each child was asked to bring in a stuffed teddy on one day -dressed if possible- for a Christmas party. Little books were given as gifts under the tree for each child’s bear to open. Teddy’s joined us for all the games and special Christmas snacks. It was a lot of fun and emphasized the sharing aspect with others (even teddies) at Christmas.

Keys for Santa
This would make a cute sign for the front door on Christmas Eve….Glue either real keys or have the children make..(color, cut out etc.) their own “magic key”. The Santa Keys are for people who don’t have fireplaces/chimneys—the key let’s Santa in. Get an old fashioned skeleton key, spray paint it gold, tie a ribbon around it, then put in on a wreath (or whatever you have on your front door) so that Santa can come in the house and bring gifts.

Dear Santa,
We don’t have a chimney
for you to come in through
And if you miss our house
I don’t know what I’ll do.

Christmas Concentration
Cut rectangular “cards” out of red construction paper, then cut slightly smaller rectangles from wrapping paper (two from each kind) and glue to construction paper. Laminate and play Memory/Concentration. You can also use pairs of Christmas stickers. This same idea also is fun for the kids when you use double prints of pictures of them for a year-round Memory game! Include a pic of yourself as well.

Santa Claus Scramble
Write the letters S-A-N-T-A C-L-A-U-S on individual index cards. Do this four times, making four sets, or forty cards. Place the cards in a brown paper bag. To play – have the players divide into two teams on opposite sides of the room. Pass the bag that contains the letters. The teams alternate in picking a letter. The first team to combine their letters to spell SANTA CLAUS wins!

Candy Relay
Divide the kids into teams and have them form lines. Give the first player in each line a pair of mittens. Give everyone a piece of wrapped candy. At a signal, the first player in each team puts on the mittens, unwraps the candy, and pops it into their mouth, the second player does the same, and so on, down the line. The team that finishes first wins.

Santa Snowball Toss
Cover the bottom and sides of a rectangular cardboard box with construction paper. On a piece of paper, draw a Santa face with a large mouth. Paint or color the face with markers. Glue it to the box and cut out the large mouth. Cover six large marshmallows (or use cotton balls) with plastic wrap. To play – Place Santa against a wall. Give each player six tries at throwing marshmallows into Santa’s mouth. See who feeds Santa the most.

Gift Wrapped
Place a candy cane for each kid inside a small cardboard box and gift wrap it. Put the wrapped box inside a larger box, wrap it, and then select another larger box until the package is as large as you can handle.

To play – have everyone sit in a circle. Play music and pass the package around. When the music stops the player holding the package starts to unwrap it. When the music stars, the package is passed again. When the candy canes are found, share them with everyone. snow flake matching cards – I cut matching pairs of snowflakes then mounted them on cardboard – you can do a concentration game with them or just have the child find the matches.