Giraffes are one of the tallest mammals in the world, at least if you were to measure them from the neck down! Found in Africa, they are fascinating creatures that were first described in ancient texts as looking like horses with very long necks – but that’s not all there is to know about the majestic giraffe by a long shot.

Here are some of the most interesting giraffe facts for kids. 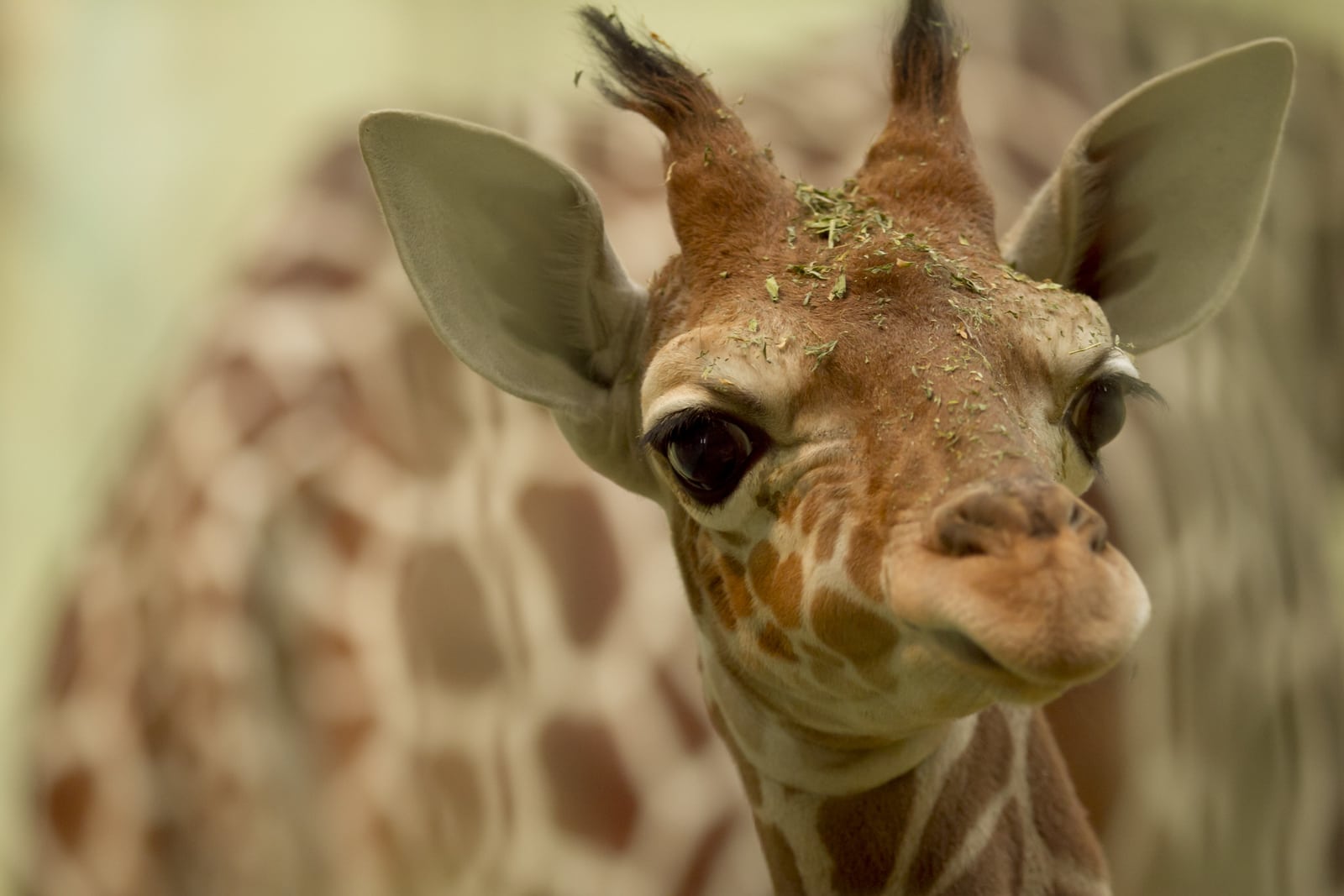 What is so Special About Giraffes?

Giraffes are only found in Africa, but that’s not why they’re notable – or why they are often a favorite of game drives through the great continent of Africa.

Giraffes take credit for being the tallest mammal on the planet.

They’re not just tall, they’re officially the tallest mammals on the planet!

Fun Facts About Giraffes for Kids

Giraffes are decorated with beautiful patterns on their pelt. This pattern is unique to every single individual giraffe, and no two giraffe patterns are ever the same.

The term “giraffe” technically applies to four distinct, different species of giraffes. These four species look similar to one another, but they all have characteristics that sets them apart from other giraffes.

Giraffes aren’t just tall, but they have some special skills to go along with their sleek neck. They can also run extremely fast! The average giraffe can reach a top speed of up to 35 miles per hour – and they sometimes just run around the plains for fun.

Even though a giraffe has such a very long neck, their neck isn’t long enough to touch the ground when they’re standing straight up. To bend fully down, you’ll notice that a giraffe has to keep their legs bent instead.

In the wild, it’s estimated that the lifespan of the average giraffe can be up to 25 years or more.

Giraffes have an extremely agile, long tongue that’s perfect for gripping branches and stripping leaves. A giraffe can grip a branch from a thorn tree and carefully strip the leaves without being injured by the thorns. Oh, and a giraffe’s tongue is colored blue!

A giraffe’s heart is large and powerful to help push blood up to its brain.

It’s not just the amount of neck vertebrae that we share with giraffes. We also share the same amount of teeth! Giraffes have 32 teeth, just like us.

The average resting heart rate of a giraffe is 40 to 90 beats per minute.

If they have such long necks, have you ever wondered just how long their legs must be? A giraffe’s legs can measure approximately 6 feet!

The world’s tallest giraffe according to Guinness World Records is one called Forest in Queensland, Australia. How tall is tall? An incredible 18 feet 8 inches.

What Does a Giraffe Eat?

According to coachellavalleypreserve.org, a giraffe’s main food source is leaves from the Acacia tree.

Giraffes will also occasionally go for other leaves and seeds.

A giraffe is herbivorous, and this means that they mostly consume plant material to make up their diet. 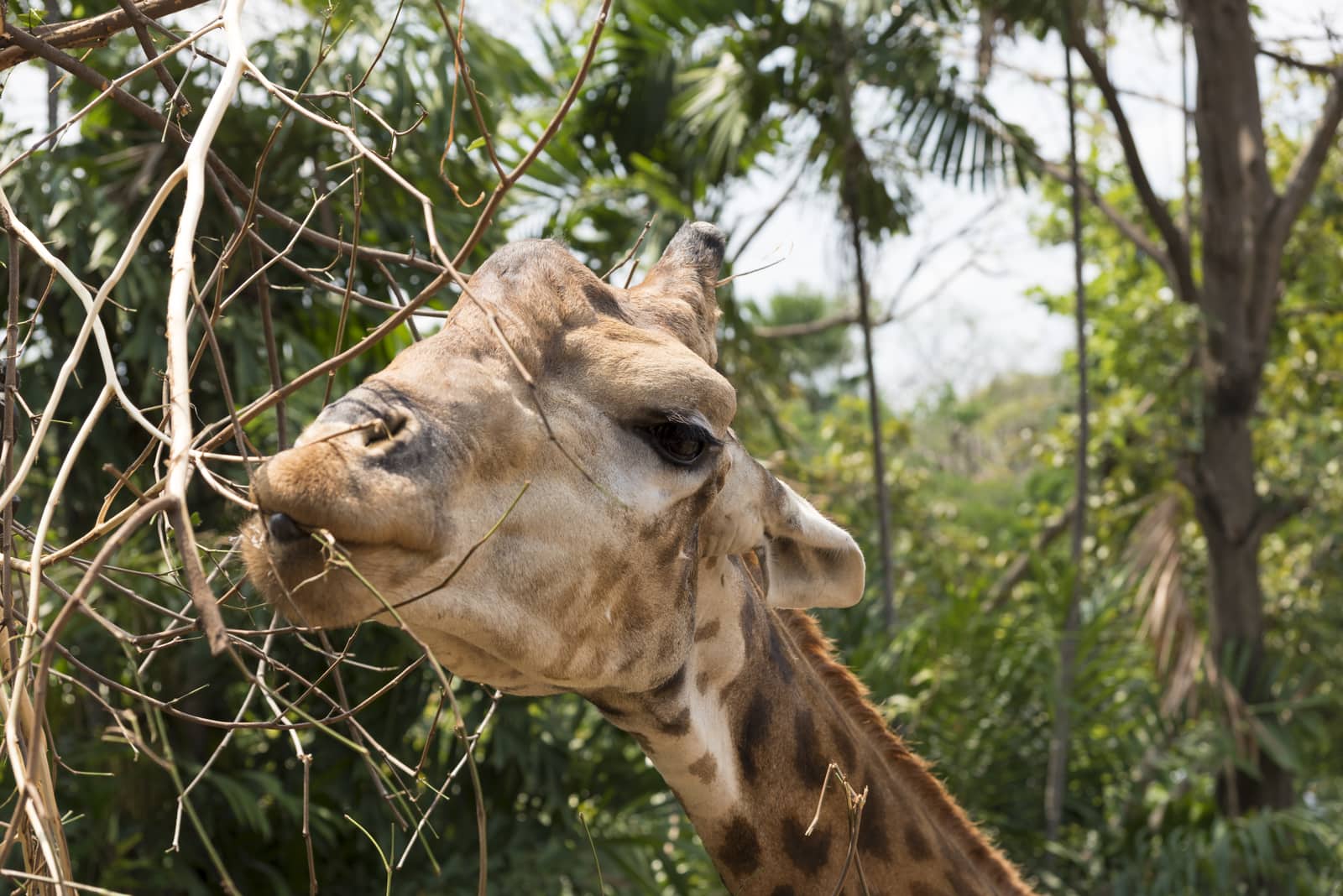 Where Do Giraffes Live?

Giraffes are naturally found in Africa, where they will prefer to live in grasslands.

If a giraffe is found in any other part of the world, then it’s most likely that you’re looking at the giraffe in a zoo!

Do Giraffes Have 2 Hearts?

No, although because they are so tall, it’s one of the most common myths that people have about the giraffe.

Giraffes have only one heart, but it’s extremely strong and has the ability to pump blood up to its very high neck.

A giraffe’s heart can pump up to 20 gallons of blood per minute, and it’s estimated to weigh about 24 pounds.

How Many Brains Does a Giraffe Have?

Studies on the giraffe brain have found that they have surprisingly small brains for mammals.

How Much Do Giraffes Weigh?

Giraffes aren’t just tall, but they’re pretty heavy for their size, too: the average giraffe can weigh from 2, 600 to 3, 000 pounds.

Just the neck of a giraffe is estimated to weigh about 600 pounds, and the heart up to 24 pounds or more.