Hippos are one of the creatures that most often have their names shortened, just because people can’t say hippopotamus all the time! Did you know that hippos can mostly be found in East Africa – and they’re one of the largest and most dangerous mammals that you could ever hope to encounter on this continent?

Here are some of the most interesting hippo facts for kids. 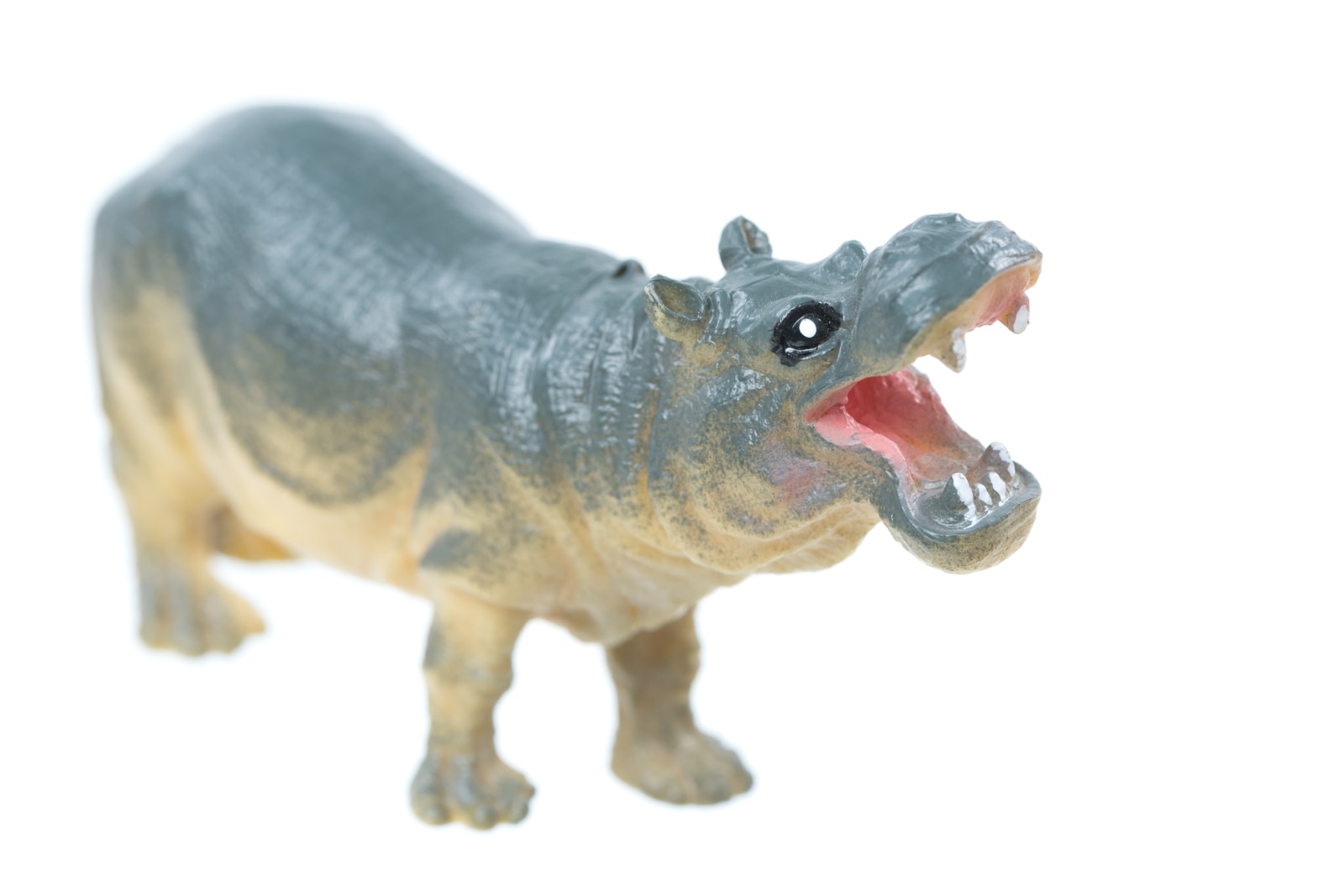 Where Do Hippos Live?

The hippopotamus lives mostly in water, and on riverbanks where it spends most of its time.

Common hippo species can be naturally found within Africa, more particularly in East Africa, though you might also encounter hippos around reserves and parks if you travel further south on the same continent!

Hippos are not afraid of people, and in hippopotamus territory people are warned to stay well away from them.

Outside of nature, hippopotamuses can also be found in nature reserves, where they are kept under the specialized care of a veterinary team.

Where Do Hippos Sleep?

The hippo sleeps with most of their bodies covered in water.

When they are not completely surrounded by the water, they might stick their noses out of the water – and be just barely visible to anyone who passes by.

It can be extremely difficult to spot a hippopotamus, especially when they are asleep.

Even experts with a keen eye can sometimes have trouble!

What Do Hippos Eat?

Hippos are considered herbivorous, and they will mostly feed on the different types of grass that can be found in their habitat.

According to ATSHQ.org, hippopotamuses in captivity will eat a more varied diet such as fruit and vegetables. That’s a little more luxurious than their normal diet!

Yes, hippos can be extremely dangerous – and this is because they are one of the most aggressively territorial animals that you can find on the African continent

According to statistics, thousands of people in Africa are injured from violent encounters with hippos and several hundred people die each year.

Thanks to their strength and speed, a hippo is impossible to run away from – and thanks to their adaptable nature, people rarely see a hippo when they are about to run into one.

Hippo attacks can be a very real danger when you’re in hippo territory.

No, but they can still be extremely dangerous to humans.

A hippo will attack a human when unprovoked, but when the human goes anywhere near its territory this is more likely to happen.

In many parts of Africa, the footpath is so close to the river that people can’t help but walk close to river’s edges – and when this happens, hippos can attack.

Statistics say that as much as 500 deaths each year are caused by wild hippo attacks! 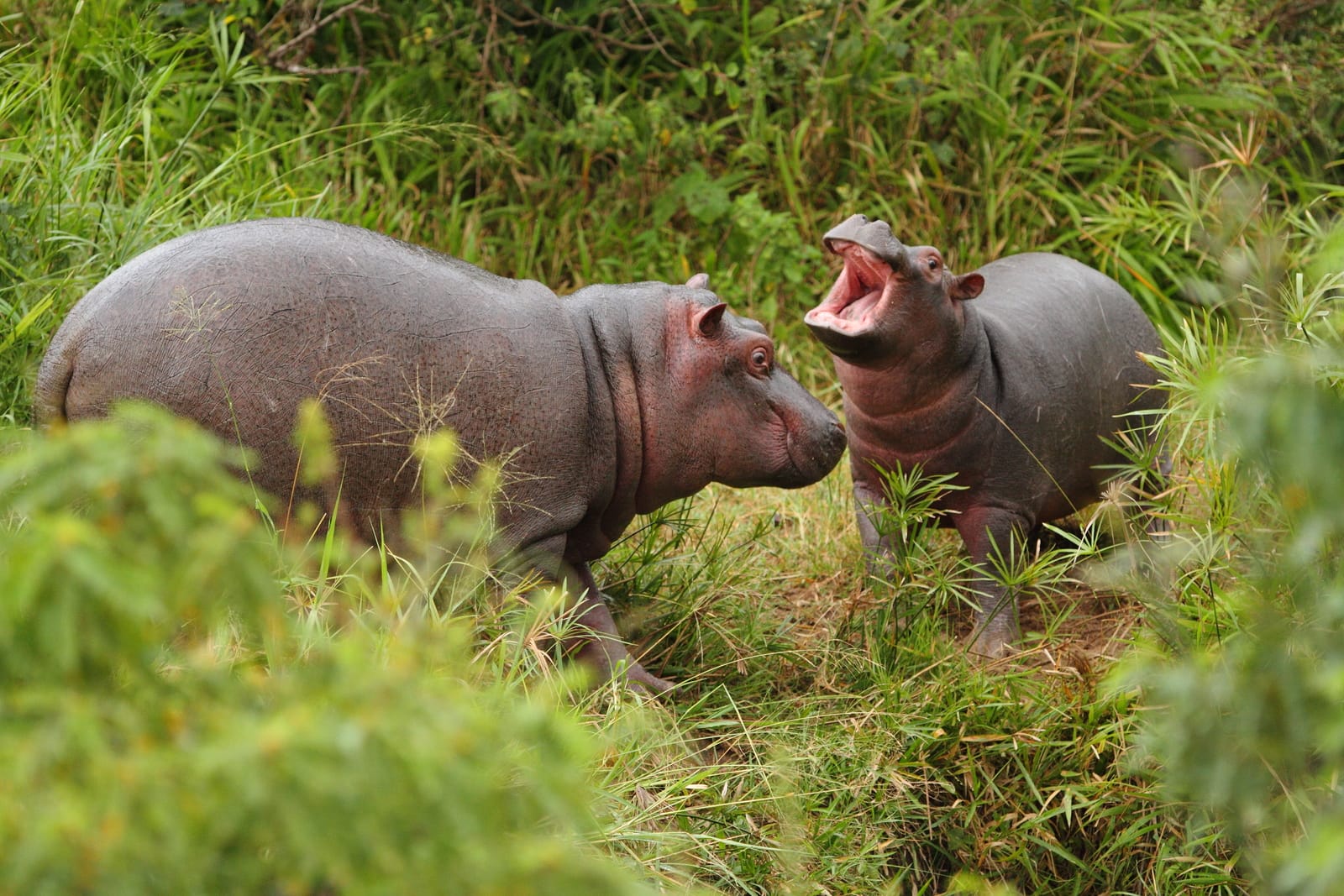 How Long Do Hippos Live?

The average wild hippopotamus can live as long as 45 to 50 years.

The wild hippo only becomes mature at the age of 25, and the process of adolescence in hippos takes much longer when compared to other animals.

In captivity, experts estimate that the lifespan of a hippopotamus might even be longer than this, because they do not face their natural predators.

Other Fun Facts About Hippos

There’s a lot more to know about hippopotamuses, including the fact that whales and dolphins have been found to be the closest living relatives of the hippo – and the hippopotamus has been around for millions of years according to what we know.

A hippopotamus bite is extremely strong, and it’s estimated that they can bite up to 12, 600 kPa with just one move. It’s enough to snap right through bone, and it’s part of what makes them so dangerous!

Hippos are heavy! Estimates of the average hippos weight guess that an adult can grow to as much as 8, 000 pounds – and this is part of why hippos can be so powerful and dangerous.

When hippos were first seen by the Greeks, they were described as river horses!

A hippo isn’t just an extremely heavy animal, but they can reach top speeds of up to 19 miles when running – and even faster when they’re in the water.

Hippos can hold their breath under the water for up to five minutes. This is part of why hippos are so extremely difficult to see when they go underwater!

Hippos have a three-chambered stomach, much like cows have several stomachs, to better process their herbivorous diet.

Male hippos are called bulls, whilst females are referred to as cows.