Did you know that there are more than 18, 500 butterfly species in the world – and that we’re still discovering more of them? 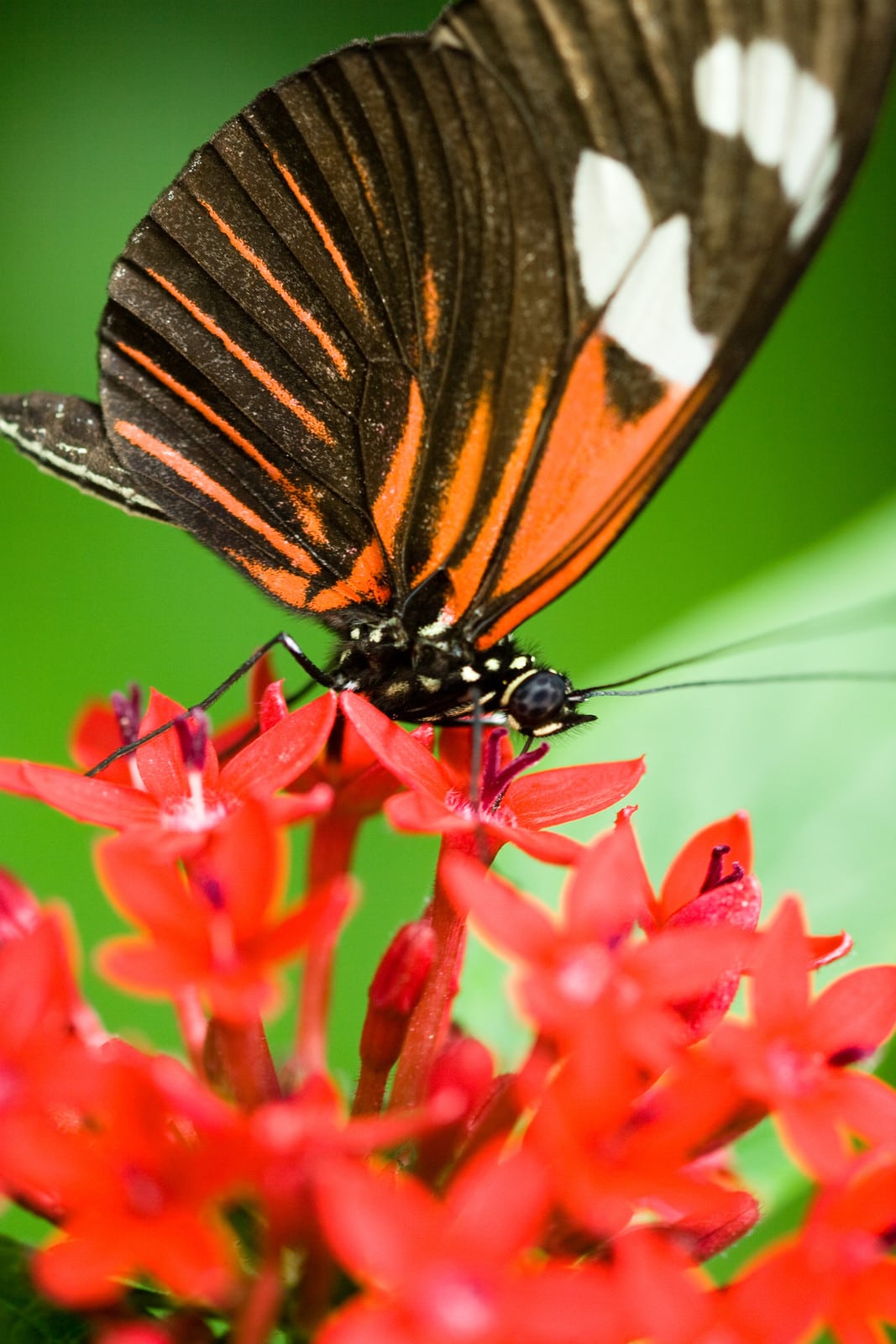 Fun Facts About Butterflies for Kids

The scientific family name for the butterfly species is Lepidoptera. Their name translates to the words for Scale and Wings, and they’re called this because they’re one of the only species on the planet whose wings are actually divided into four parts.

About 700 of the 18, 500 butterfly species can be found across North America.

Butterflies have individual wings, and no two of them are alike even though species might share some of the pattern on their wings that helps us to identify them – just like snowflakes!

Not everything you see is necessarily a butterfly! Some colorful moth species look very much like butterflies, except for a few small differences that scientists use to tell the difference.

According to the Red List, the Sinai Baton Blue butterfly species is the world’s most endangered – and if you’ve never even seen a photo of one, it’s because there are so very few of them left in nature.

Technically, moths are still part of the scientific family Lepidoptera, even though they are not butterflies in the true sense. If you include moths, then there are more than 175, 000 different species of Lepidoptera – some of whom are classified as moths, and others who we call butterflies.

Butterflies don’t taste like other animals or insects using their mouths, but instead have their sense of smell located at the bottoms of their feet. Butterflies must enjoy sitting in flowers even more for this reason!

Most butterflies are actually cold blooded insects, and much like snakes and other reptiles they need constant temperature regulation. Cold temperatures can actually be dangerous for butterflies, which is why most of them don’t stand still.

Butterfly lifespan varies, and how long a specific butterfly will live depends on the species and environment that it finds itself in. Some butterfly species live for weeks, though others go through their entire life cycle from birth to death in just a couple of days.

Butterflies start their lives as caterpillars, and then they spin a warm cocoon over themselves when it’s time to evolve into the beautiful butterflies we know them as. For scientists, it’s just as important to be able to identify the caterpillar than it is to know what kind of butterfly you’re looking at!

One of the ways in which experts can tell the difference between a moth and butterfly is by how their wings are positioned when they rest.

The academic study of butterflies is referred to as Lepidopterology, the study of all the different species part of the family Lepidoptera. Of course, it includes butterflies, but now you know that this important direction also includes moths!

The famous moth that appears on the cover of The Silence of the Lambs is known as the Death’s Head Moth – and yes, it’s body really looks like a skull. This is a way for this particular species to scare off predators in nature… It’s pretty effective – and more than scary to look at!

Butterflies don’t just drink water and nectar, but will sometimes hover over animals to drink their tears.

While most butterfly species are not, some types of butterfly are carnivorous and will consume their own species for prey.

The majority of butterfly species can sustain themselves on only a liquid diet, and mostly consume nectar, water and other liquids as they go through their lives.

According to science, butterflies need an average temperature of 85 degrees Fahrenheit to fly properly. If you see a butterfly that can’t move, it likely just needs some warming up. 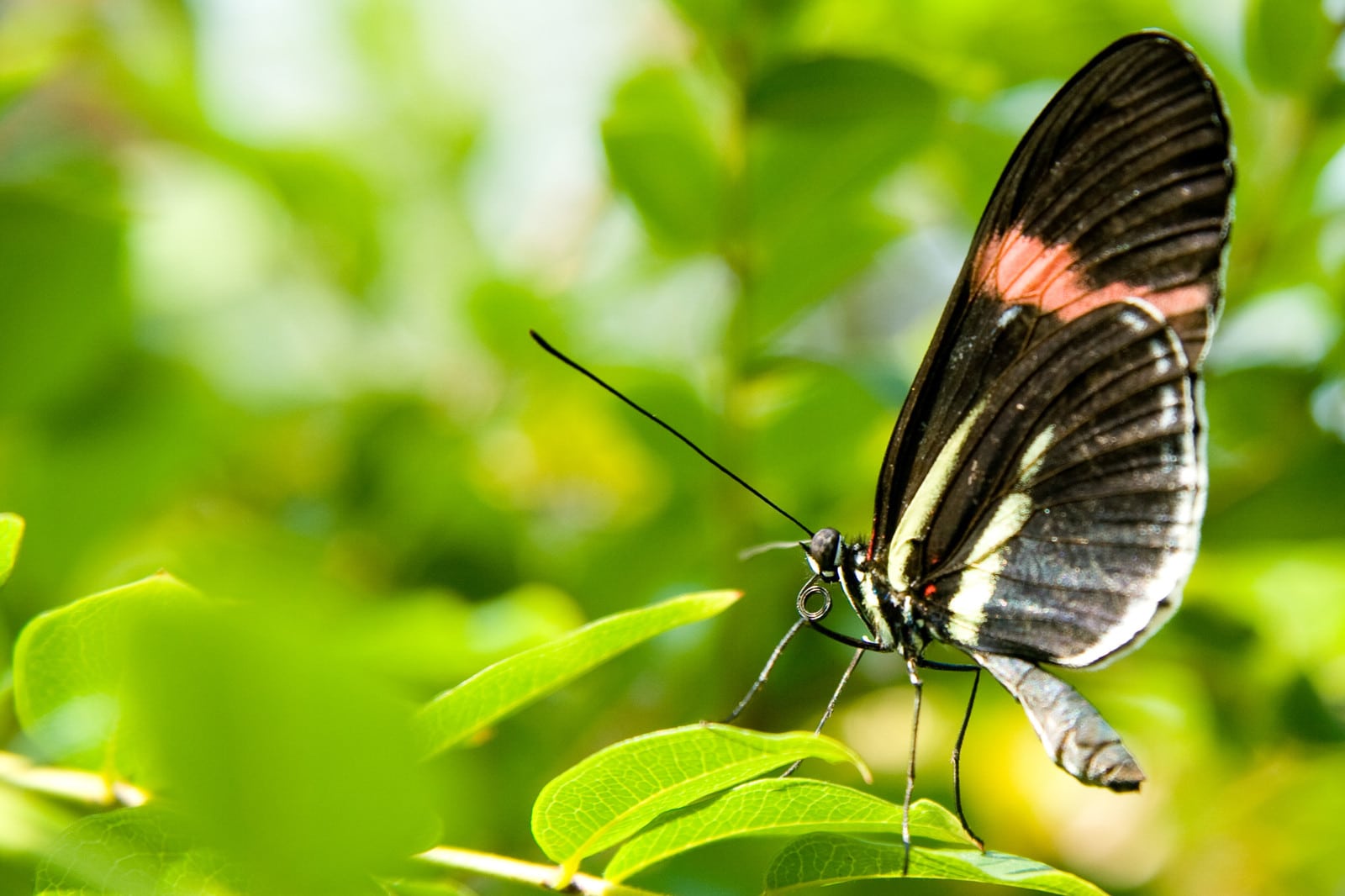 Carl Linnaeus was the very first scientist to describe the Monarch butterfly, and he is also the person who gets credited with invented the scientific naming system that scientists use today.

Monarchs have had their genes fully sequences, and this was the first butterfly to have its DNA fully unpacked for scientists to be able to study.

The word Monarch in the Monarch Butterfly’s name is said to be named after King William III of England.

Technically, this type of butterfly is a type of milkweed butterfly.

There are four stages in the full life cycle of most butterflies, including the Monarch. First, they’re an egg – then they go to larva, then pupa, and finally they emerge from their cocoon to become beautiful adult butterflies.

The Monarch butterfly is one of the most common butterfly types, and can be found in North America, Australia and parts of the Pacific among other habitats.

While there are some exceptions to the rule, most butterflies will spend their whole life surviving on a liquid diet – and they consume little to no solids, because they just don’t have a need for it.

Butterflies mostly survive on nectar which they get from flowers, which is a great source of energy as it is high in the right types of sugar.

Antarctica is one of the only world continents that have no natural butterflies on it. Since they are technically warm blooded and can’t fly in the cold, most butterflies simply wouldn’t survive in the cold climate of Antarctica!

Parts of a Butterfly for Kids

If you want to know more about butterflies, they are one of the most useful insects which we know about to study – and because there are so many different butterfly and moth species, scientists in this direction can learn something new every day!

The individual parts of a butterfly includes: