Uranus is one of the planets located in our solar system along with Jupiter, Pluto and the planet Earth. As a planet that we can only see from very far away, Uranus can’t be seen with the naked eye at all and was first discovered after we had inventions like the telescope to help us see further into the stars.

Did you know that Uranus appears blue from far away?

Did you know that the atmosphere on the planet Uranus contains a lot of methane, which is part of what makes it appear blue to us from Earth?

Here are some of the most interesting Uranus facts for kids. 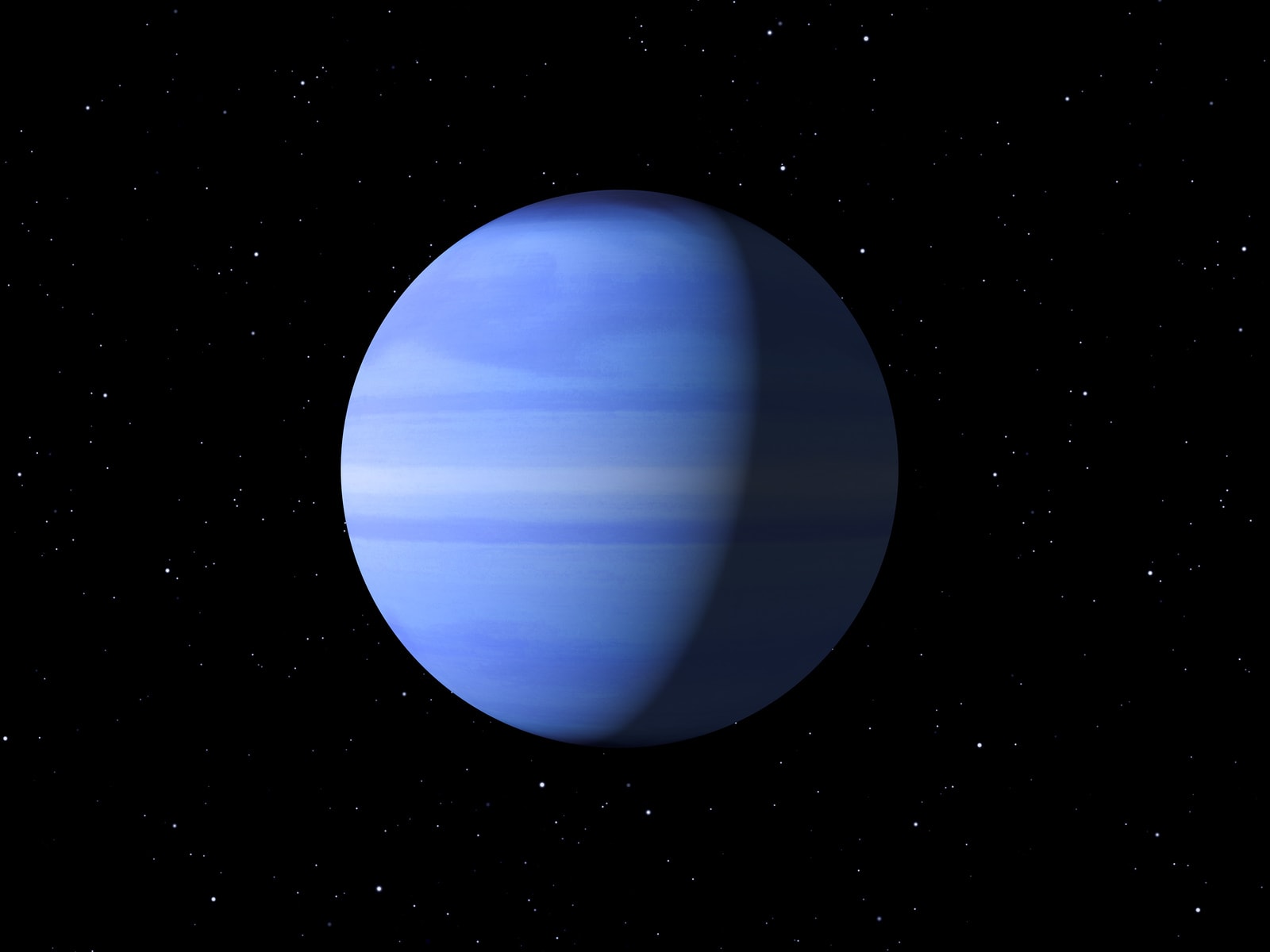 What is Uranus Made Of?

According to what scientists know about the planet Uranus, the surface of the planet is mostly made up out of different types of rock that’s covered in solid layers of ice.

The atmosphere on Uranus is made up from different elements, including a large concentration of methane, hydrogen, carbon dioxide and oxygen.

There is not enough of the correct elements to sustain human life on Uranus, although scientists believe that this does not rule out the possibility of microbiological life on the planet.

There are several red rings around the planet Uranus, and the planet is surrounded by several different moons.

While the planet Earth only has one moon that we know of, some of the other planets found in our solar system have more than one moon.

The reason for this is collision: when other objects hit into these planets, moons were “shot out” on the other side – and settled in the orbital field.

The planet Uranus has several moons, which is only visible through a telescope.

When Was Uranus Discovered?

Uranus was first discovered in the 1700s.

On the 13th of March, 1781 the planet was discovered and described by astronomer William Herschel.

According to accounts, he was originally searching for faraway stars when he found the new planet.

Scientists believe that Uranus was “seen” much later than other plants due to the fact that it cannot be seen with the naked eye. We could only possibly discover a planet like Uranus once we had more sophisticated equipment, like the telescope.

How Did Uranus Get Its Name?

Uranus gets its name from mythology, also spelled as Uranos.

Instead, he chose the much more popular name from mythology instead.

How Far is Uranus From the Sun?

According to scientists, the official distance of Uranus from the sun is approximately 1.79 billion miles.

Can you imagine ever having to travel this, even at light speed?

How Big is Uranus?

According to the official numbers, Uranus has a radius of more than 15, 000 miles.

That makes it about four times larger than Earth!

Uranus is one of the much larger planets in our solar system. 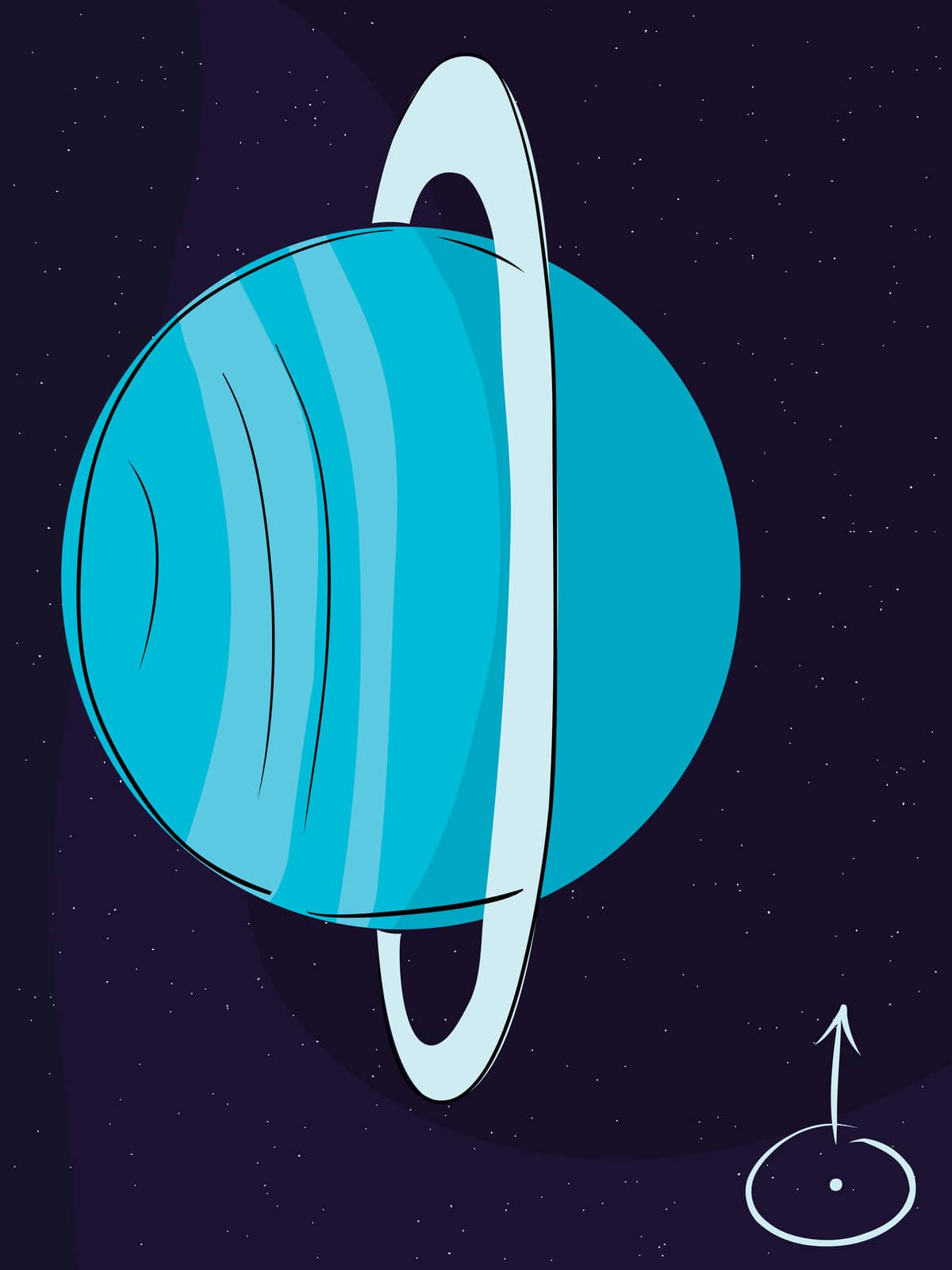 What Color is Uranus?

Uranus appears blue (some would say blue-green) to us from Earth.

The rings on Uranus are made of small dust particles that are pulled into orbit, creating these rings we can see from very far away.

There are a total of 13 rings around the planet Uranus.

Scientists believe that the rings surrounding Uranus could potentially be millions of years old.

Other Fun Facts About Uranus

Uranus is one of the coldest planets of all the planets in our solar system. Scientists believe that it would be almost impossible to support human life on the planet Uranus even for short trips, due to the fact that the planet is mostly covered in ice – and officially colder than the Arctic on Earth.

Winds on Uranus are also some of the strongest. Because of the environmental pressure that is created on the planet Uranus, the storms on this planet almost never stop – and the winds are so strong that it would make it difficult to land any craft on the planet, even for simple observation.

Uranus is the third-largest planet in the entire solar system (excluding the sun).

Uranus is approximately 400 times the size of the planet Earth.

Instead of a 24 hour day like we have here on Earth, Uranus has a day approximately every 17 hours.

Winds on Uranus have been measured at approximately 500 miles per hour to more.

Uranus is covered in methane, which is the same gas that most mammals produce when they fart. With little oxygen on the planet and mostly a methane atmosphere, it would be the worst-smelling planet of them all (and you wouldn’t be able to breathe!).

Due to the extremely cold temperatures on the planet Uranus, most of the planet is covered in ice.