Beware: the piranha is one of the most feared fish of all time… Or is it?

Here are some of the most interesting piranha facts for kids. 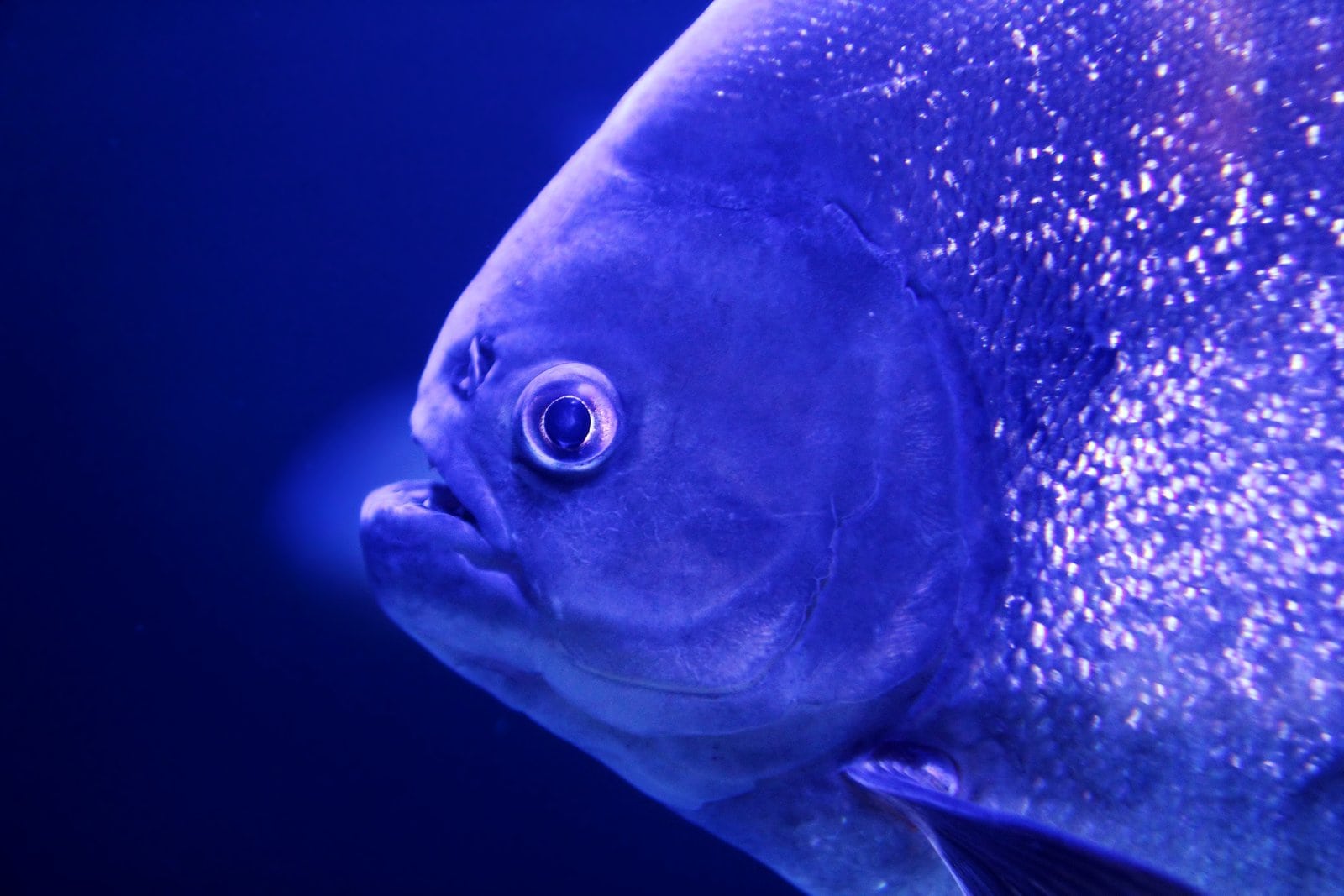 What Are Some Fun Facts About Piranha?

Piranha are not at all the “killer fish” that you might have seen in horror movies, but will very rarely attack unless they are threatened or active in a hunt.

There are more than 20 different species of piranha.

A group of piranha is called a shoal.

A female piranha can lay thousands of eggs at a time.

The piranha isn’t as huge as you might think, and most adult piranhas only grow to about 2 feet.

One of the reasons why piranha won’t survive in other habitats is their need for warmer water.

Like most sharks, a piranha can regrow any teeth that they have damaged or lost over time.

Where Do Piranhas Live?

If you live in most of the world, the good news is that you don’t have much of a reason to worry about a wild piranha population in the water that might get at your feet. Piranha live in a very small stretch of the Amazon and its surrounding rivers and lakes – and they are not like salmon or other fish that “migrate”, but pretty much stick in the same spot for most of the year.

Unless you see them in a zoo or exhibit, you are unlikely to ever encounter a piranha anywhere outside of the Amazon.

If you think something bit you in the water, be extra careful: it’s probably something else!

What Do Piranhas Eat?

Surprisingly, the majority of a wild piranha’s diet isn’t all about meat and other fish – and piranhas will mostly eat smaller fish, but also fruits and plants that they can find in the ocean environment. Piranhas have a pretty varied diet that consists of more than most people would imagine!

When piranhas hunt in schools rather than eat on their own, they are known to attack larger things such as fish or small cattle that have come close enough to the water.

When they’re in captivity, a wild piranha’s diet will be worked out more carefully by a veterinary expert – and might include anything from fish to supplements that make sure they get the best possible diet. If you’ve ever wondered why things in captivity live longer than in the wild, their superior diet is one of the reasons!

Well, the answer is not usually – but the answer is also much longer than this, and there have been recorded cases of piranhas that have eaten people in the past.

Piranhas, much like sharks, only attack when they are threatened or believe they are hunting something else. Most piranha injuries are small and accidental, but piranha attacks are possible – especially if someone has a small cut and happens to bleed in the water near a school.

Piranhas that sense blood will go into “attack mode”, and that’s where most of the danger lies for people who swim in piranha infested water. 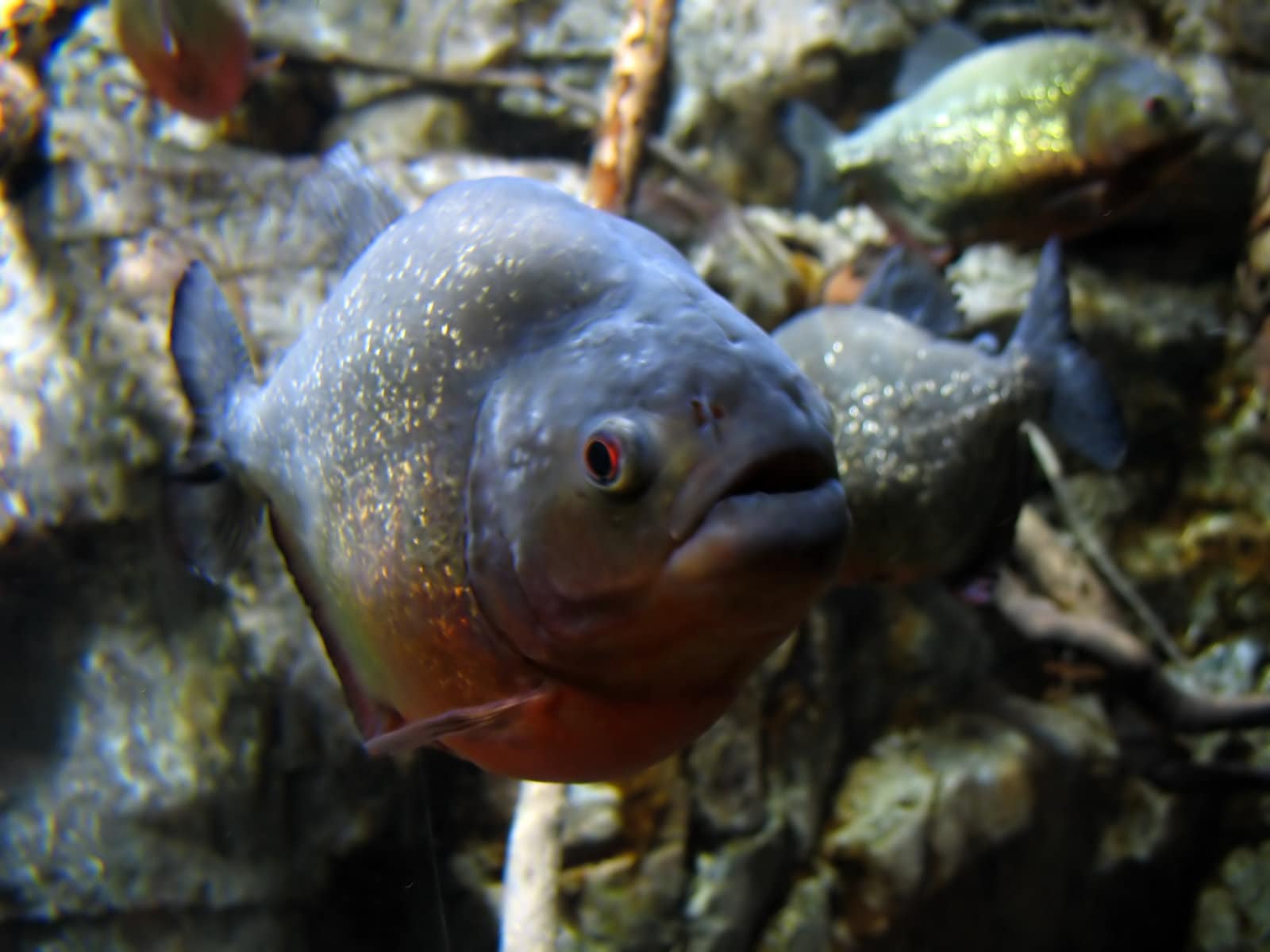 How Long Do Piranhas Live?

The average wild piranha will live up to as much as a decade (that’s 10 years!), but in exceptional circumstances or captivity it’s guessed that a wild piranha can become as much as 20 years old or more.

Imagine a piranha that’s more than two decades old! If piranha’s were music fans, they could have seen the start (and end) to the whole disco genre!

If you want to know more or less what a piranha’s teeth would look like up close, all you have to do is take a look at a shark’s teeth. The teeth of a shark is similar in its build, down to the super sharp serrated edge that makes a shark’s teeth so dangerous.

While they’re much smaller than sharks, their small, serrated teeth can do a lot of damage – especially when piranhas hunt in groups (called schools).

Does Anything Eat the Piranha?

Piranhas have natural predators in the ocean, such as sharks, who will consume piranha if they have the opportunity. Bigger, carnivorous fish can always be a danger to the piranha.

But here’s the really surprising part about it all: humans eat piranhas too, and people in the Amazon have been known to catch and eat the species!

No, we don’t have any good piranha recipes…

Just like most other fish, piranhas are edible to people and other fish or sea mammals.

What Are Piranhas Afraid Of?

Piranhas still have a “fight or flight” response when they encounter something bigger (or potentially scarier) than they are.