Ducks are one of the most interesting animals we share the world with, and there’s a lot you might not know about ducks even though you might have seen plenty of them before. Did you know that there are approximately 11.6 million mallard ducks in the United States alone? How about that the average lifespan of a duck might be as long as 10 whole years?

Here are some of the most interesting duck facts for kids, including more information about what ducks eat, whether ducks can fly and what ducks really do for fun. 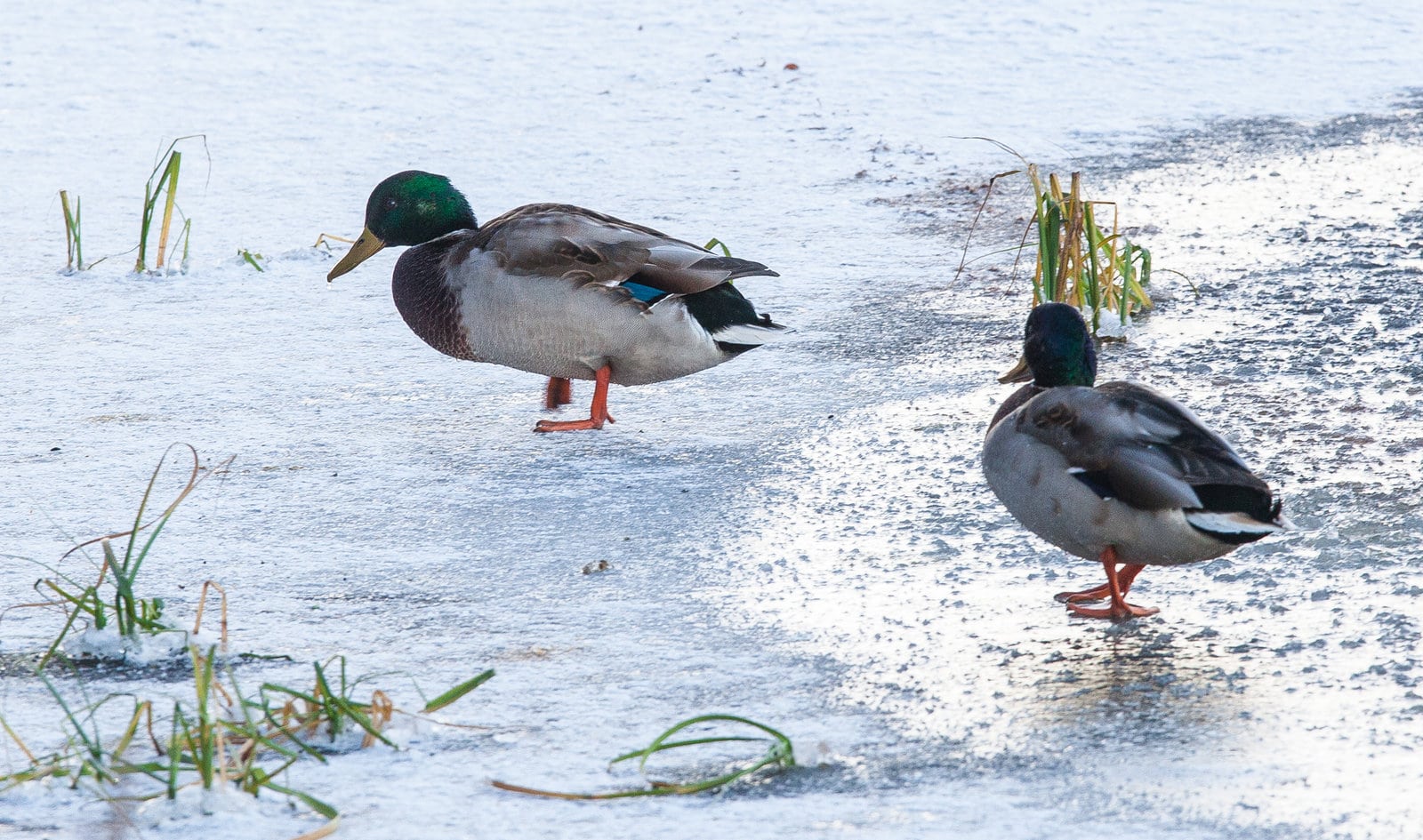 What is Unique About Ducks?

Almost everything is unique about ducks and the way they do things.

Ducks stand on their own as a species, even though they are related to swans. Scientists love to study the behavior of different duck species because there is a lot more that we can learn about ducks and how they behave in nature.

A duck can sleep with only ½ of its brain awake, and the other dormant. This is something that very few animals will do, including the dolphin – and the duck!

Ducks are unique in the way they communicate with others, the way they fight and the way they take care of their young. Pigeons do not act – in any way – like your average duck!

Where Do Ducks Live?

Ducks can live almost everywhere in the world, though they prefer to live in wetland environments.

Some ducks, of course, live in ponds or gardens where they are taken care of by their human owners.

A duck can live almost anywhere, except there are no ducks at the poles of the planet because of the extremely cold temperatures.

Mallards are one of the most common types of ducks in the world, and it’s guessed that there are approximately 11.6 million of them in the United States.

What Do Ducks Eat?

Ducks have an extremely varied diet, although they mostly consume grass and seeds from the environment.

While it’s a very common myth, it’s not a good idea to feed most duck types bread. When ducks consume too much bread, it can block up their insides and causes more danger.

Ducks don’t use their wings just for flying, but might also use them to attack with the spurs they carry on their wings.

How Long Do Ducks Live?

The average duck can live approximately 10 years, although longer lifespans have been documented in captive ducks.

Do Ducks Have Feelings?

Scientists are still studying ducks, behavior and just how ducks perceive things – but most scientists today agree that ducks can feel just as much emotion as any other pet.

What Do Ducks Do For Fun?

When ducks play, they dig up mud with their bills and chase one another around – much like puppies would do. Ducks also enjoy swimming in the water just as much as humans do, and they do this for fun pretty often.

For ducks that are sometimes kept as pets by human owners, experts recommend that humans give their ducks more than enough things to play with. 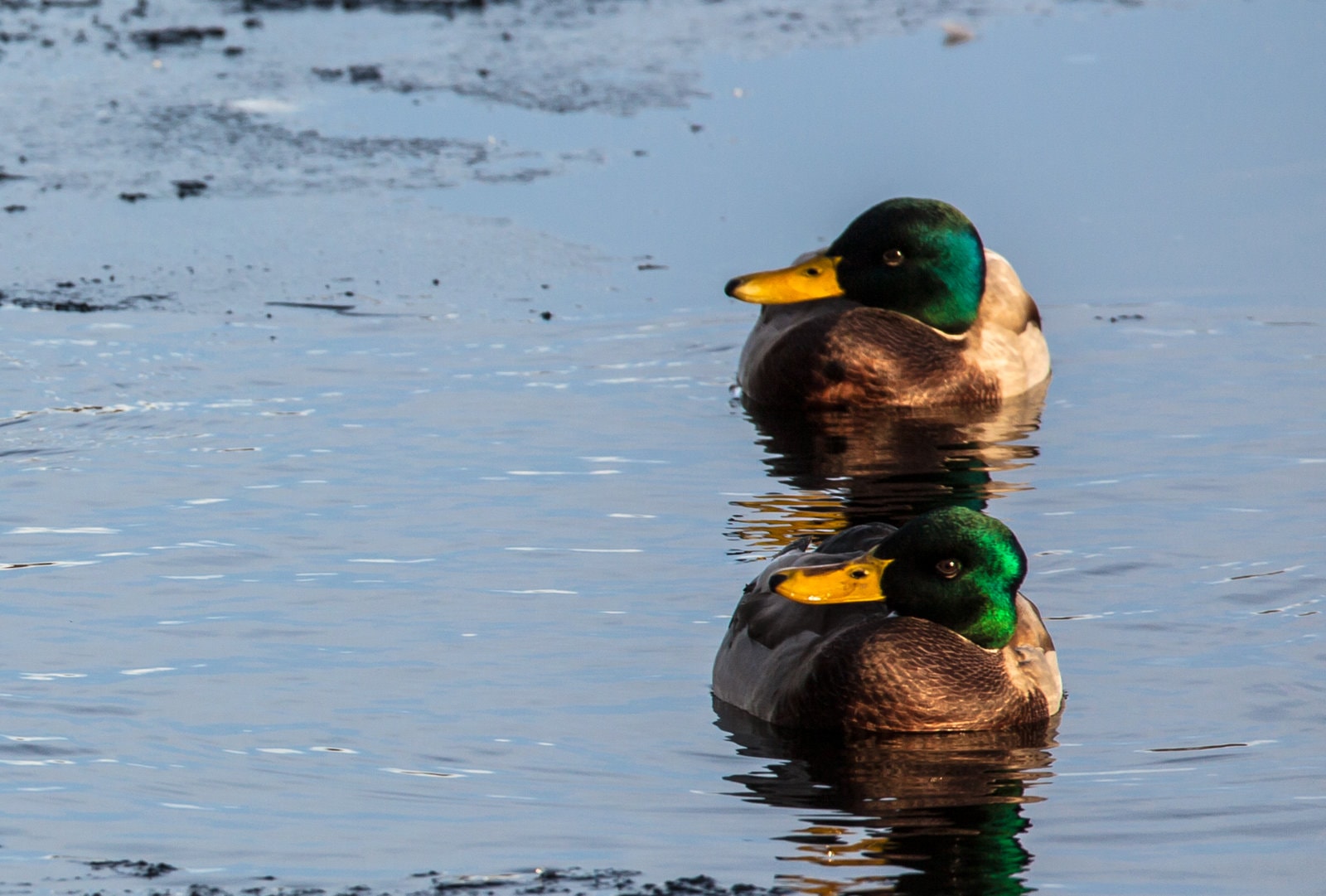 This leads scientists to believe that ducks have a true level of intelligence and awareness of their surroundings in a way that some other birds don’t.

If you’ve ever wondered whether ducks look like they don’t get cold feet, it would be because they don’t! Ducks can’t perceive a feeling of cold in their feet at all.

It’s a common belief that a duck’s quack doesn’t echo. This is false, and a duck’s quack can bounce off something just as much as any other sound waves.

Ducks have three eyelids, where humans have only one. Some animals, like cats, have two.

Scientists have found that ducks have accents when they communicate with other ducks.

Duck eggs are just as popular as chicken eggs, and this is because ducks can produce more eggs than chickens.

All duck species have waterproof feathers. The expression “like water off a duck’s back” refers to the fact that it would just glide off their back – and thus, the expression means that something has no effect (e.g. that it does nothing).

There are more than 120 different duck species, including the mallard duck.

Ducks are mostly kind and friendly, but they can also be one of the most ferocious birds you’ll ever see in a fight. When their territory is threatened by another duck (or sometimes another animal such as a natural predator), they will lash out and attack.