Here are some of the most interesting eagle facts for kids. 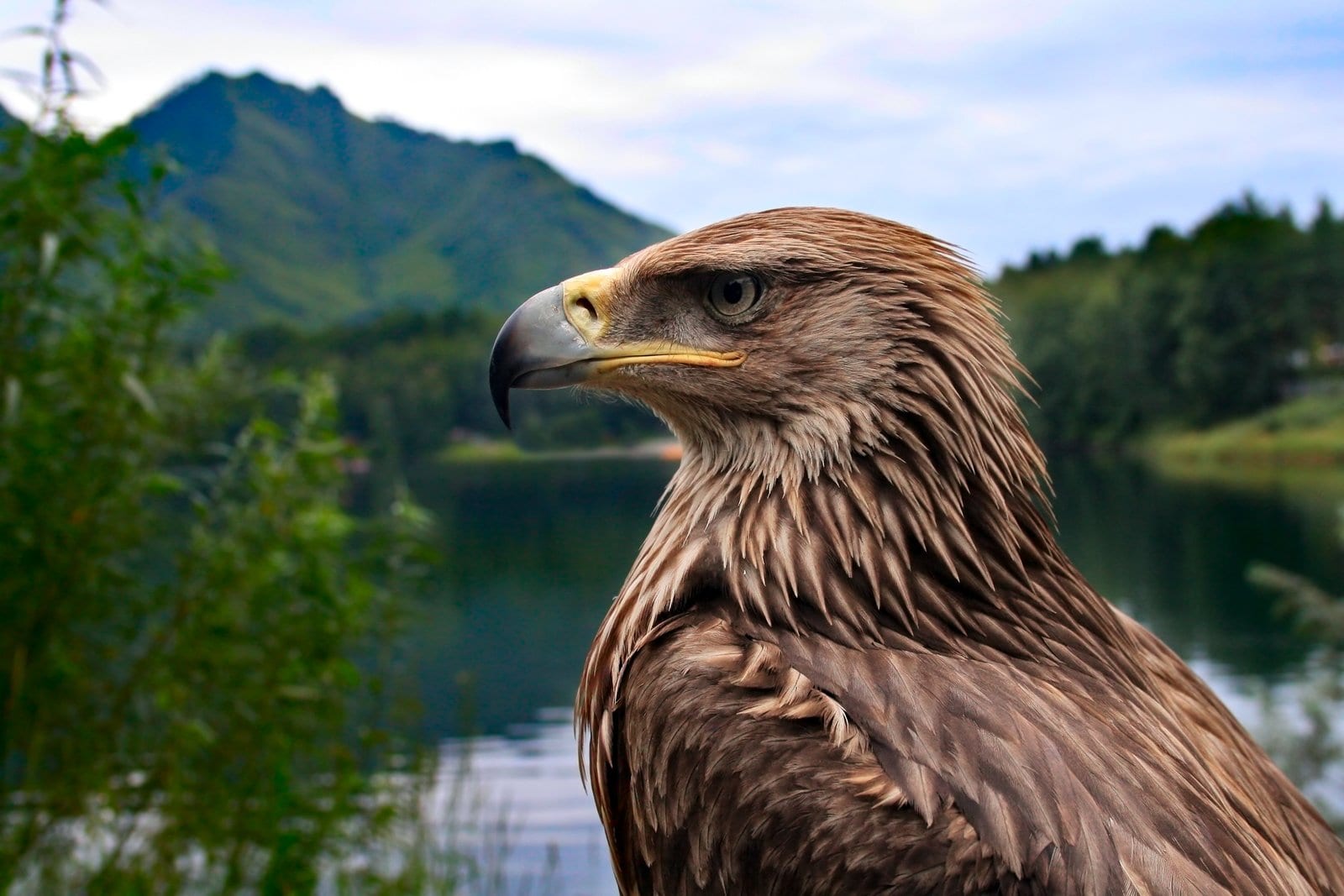 There are more than 60 different types of eagles in the world, including the bald eagle, one of the most famous eagle types.

The booted eagle is one of the smallest types of eagles.

The bald eagle is the official national bird of the United States, and it appears on the US national seal. This is because eagles represent free flight, freedom and a free country – all principles that are important in the United States today!

The martial eagle is one of the world’s largest types of eagles. Its wingspan can measure up to 8.5 feet from one wing to the next.

Where Do Eagles Live?

If you want to know more about their habitat, most types of eagles prefer to live in forests and mountaintops – and usually, the higher the peak, the better for the eagle and their safety.

Different species of eagle can be found in Mongolia and many parts of the US.

How Long Do Eagles Live?

The average lifespan of an eagle is 14 to 35 years, but how long an individual eagle might live for depends on the type of eagle.

According to LiveScience, one of the oldest eagles recorded so far lived up to the age of 38.

What Do Eagles Eat?

It can depend on the species, though most eagle species have a very varied diet.

Eagles are considered carnivorous birds, and they will catch their prey from the air. Rodents, like small rats and sometimes rabbits, are one of the most common things that an eagle will eat when they can find it. Meat is one of the most important parts of the healthy eagle diet.

It’s a common misconception that eagles can carry off a person, or that eagles steal goats. Lucky for us, there’s no truth to this idea!

How Much Weight Can an Eagle Carry?

According to what we know about eagles, the maximum that an average eagle might be able to pick up is about 5 to 6 pounds.

Eagles mostly survive by catching prey like small birds and rodents, but they wouldn’t be able to pick up and feast on much more than this.

If something is too heavy for an eagle to pick up, they might just graze it with their claws, and then let go once they realize they wouldn’t be able to carry it. This rarely happens, though, and eagles can see (and estimate) very well from far away.

Can An Eagle Pick Up a Goat?

Eagles can carry only about a maximum weight of 5 to 6 pounds, but the average male goat can weigh from 90 to 200 pounds depending on its species.

Goats are a lot heavier than eagles are willing or able to carry around!

Animals on the ground are much more likely to go after goats. 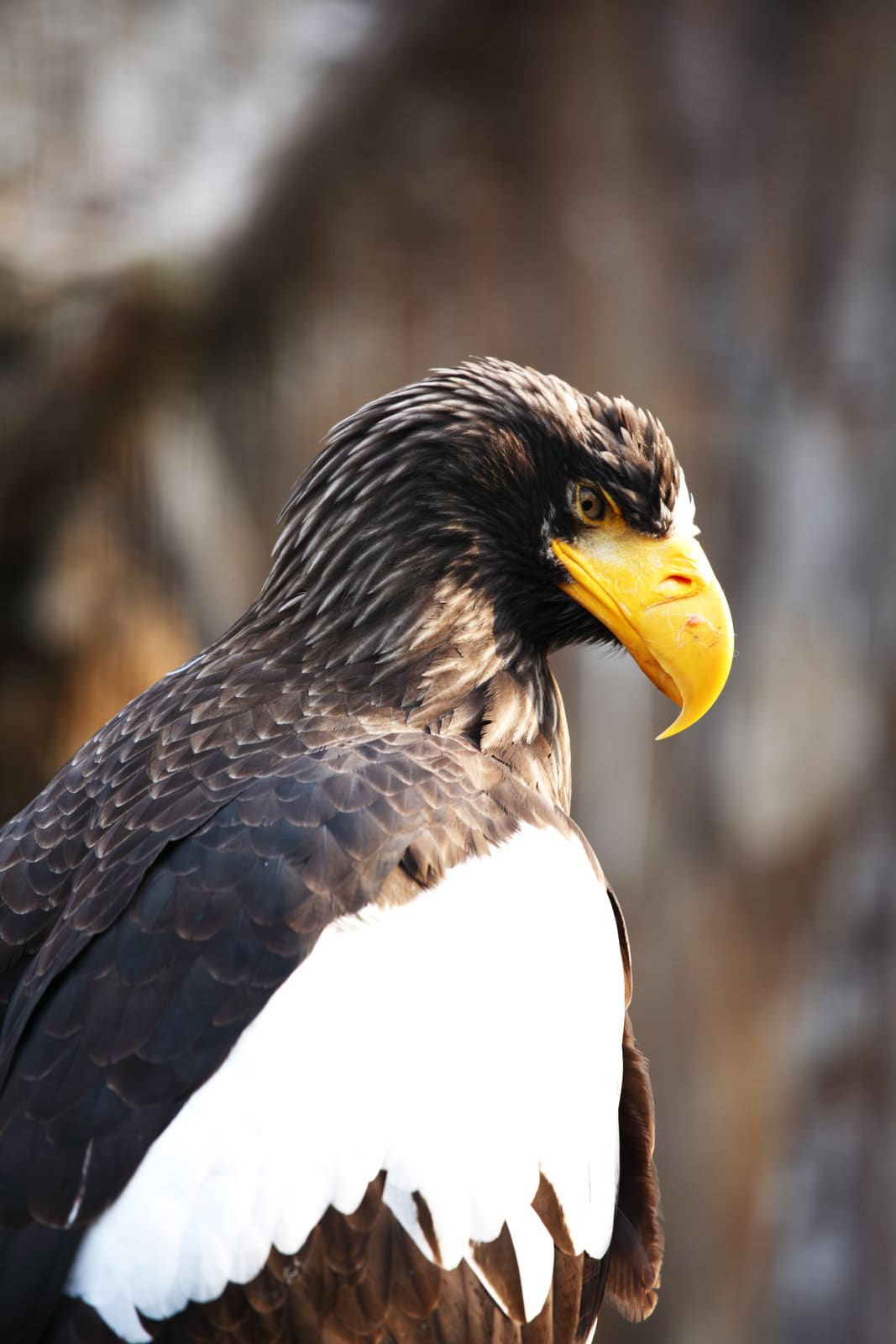 Can An Eagle Pick Up a Human?

The only place you’ll ever see this is in a movie.

Eagles cannot pick up a human for the same reason they can’t lift a goat or very heavy rock. Their weight and wings wouldn’t be able to support it, so they don’t try.

The scientific name for the bald eagle is Haliaeetus leucocephalus.

Female bald eagles are approximately a quarter larger than their male counterparts.

Bald eagles are considered a protected species, and they are well protected by US Wildlife. It is illegal to hunt, kill or hurt a bald eagle.

Eagle hunting used to be popular, but has declined today – and hunting or hurting bald eagles is a crime.

The term “bald” in the name bald eagle refers to the white color at the top of their heads. Before the word bald came to mean without hair, it simply meant white up top.

How Does An Eagle Renew Its Strength?

Eagles are one of the few bird species that fly up to a mountain, and then look like they have been through a complete renewal transformation when they fly back down. Eagles can look younger, more vibrant and brighter than they did before.

Eagles will shed their feathers, just like cats or dogs shed their coats between seasons. Newer feathers underneath the feathers they leave behind is what makes them look “renewed”.