Panda bears are not your average Winnie the Pooh! They are a special type of the bear species that lives mostly in China – and outside China, in a select few wildlife reserves where the giant pandas are given extra special care.

Did you know that the giant panda species is almost entirely herbivorous, and that the bamboo plants found in their nearby environment serves as their main food source?

Did you know that the giant panda bear is no longer classified as “endangered”, but thanks to efforts in conservation they can today be called” 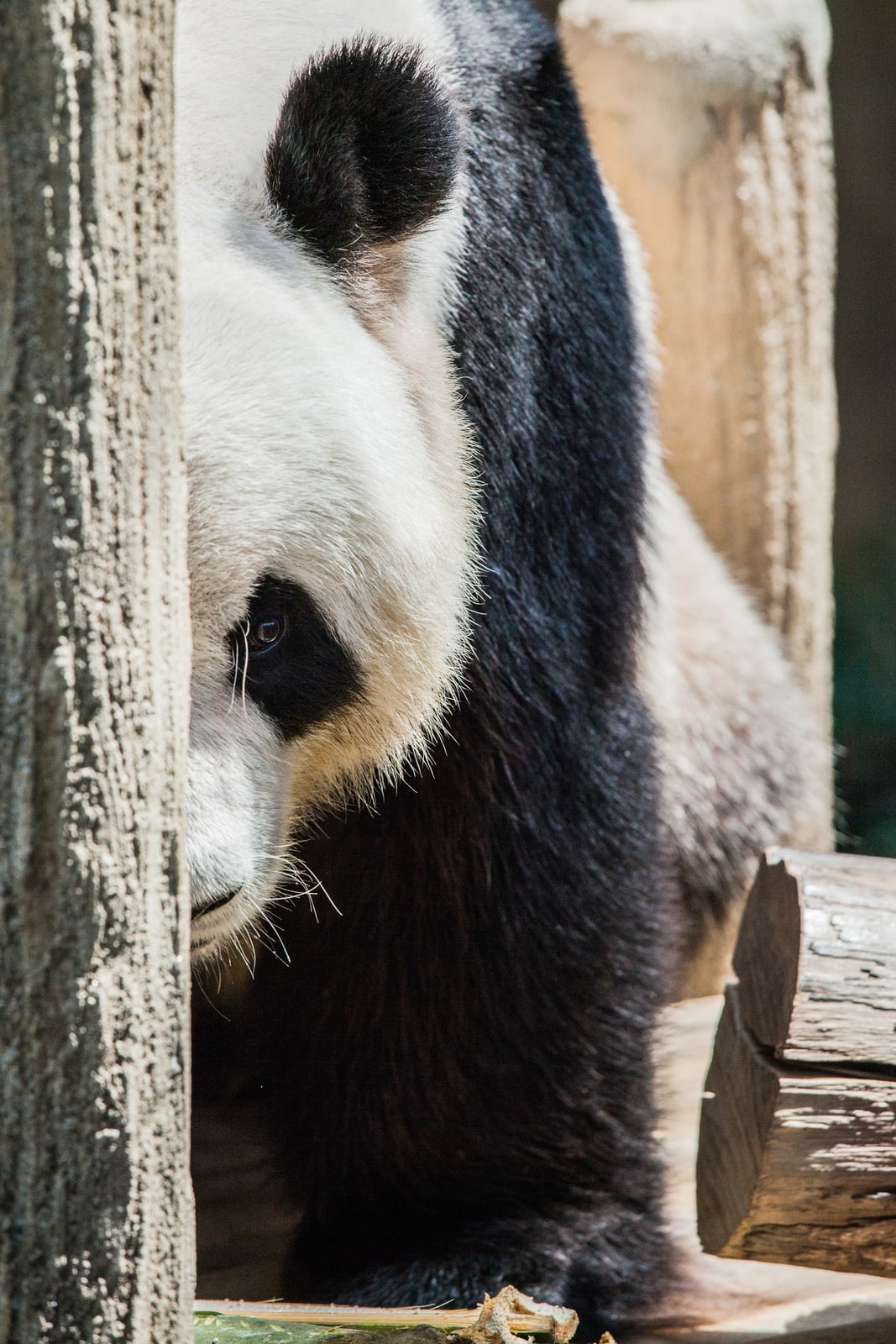 What Do Pandas Eat?

Pandas are herbivorous, which means that giant panda bears have a diet that includes mostly plants that they can find in their immediate area.

Because they are found in China’s bamboo forests, bamboo is one of the largest parts of the giant panda’s diet, and they might consume up to 90% or more bamboo as part of their daily intake.

Occasionally, the giant panda will snack on other fruits, vegetables or plants if this is available – they don’t exclusively stick to bamboo, even though it’s a large part of their diet.

Giant panda bears in captivity, usually in wildlife reserves, will have a more varied diet under control of a licensed veterinarian. When they’re in captivity, panda bears have access to fruits, vegetables and even a little bit more fiber than they would have found in their natural conditions.

Where Do Pandas Live?

The majority of the world’s giant panda bear species are present in China, more specifically in only some of its provinces including Sichuan and Gansu. While the wild panda bear was once much more present all over Southern China, numbers have gone considerably down today – and now, the wild giant panda species lives mostly in these, smaller districts of China where they still have access to undisturbed forest territory.

Other panda species can be found by going outside these borders, and some giant pandas can be found in captivity all over the world. The red panda is found mostly in China but also in the forests and mountains of the Himalayas.

While some people have kept the giant panda illegally as pets, most “captive” panda bears in the world are in the care of veterinarians and trained wildlife professionals.

Unfortunately, there are not many panda bears left in the wild today and their numbers have considerably decreased due to habitat damage by humans.

While the wild panda bear isn’t the most aggressive animal that you could hope to encounter in nature, please keep in mind that wild panda bears would have almost zero contact of humans – and if they were to see a human, they would immediately react out of surprise or fear, which could easily lead to humans being hurt.

Pandas are strong, fast and they are still counted as wild animals.

The giant panda species might look extremely cute when you see one on YouTube, but these creatures are completely wild in their nature and any human would probably not survive an encounter if they were to come face-to-face with one.

Pandas have extremely strong claws and teeth, and will not hesitate to use it if they need to in a combat situation.

Pandas can be extremely aggressive if they are threatened or scared. 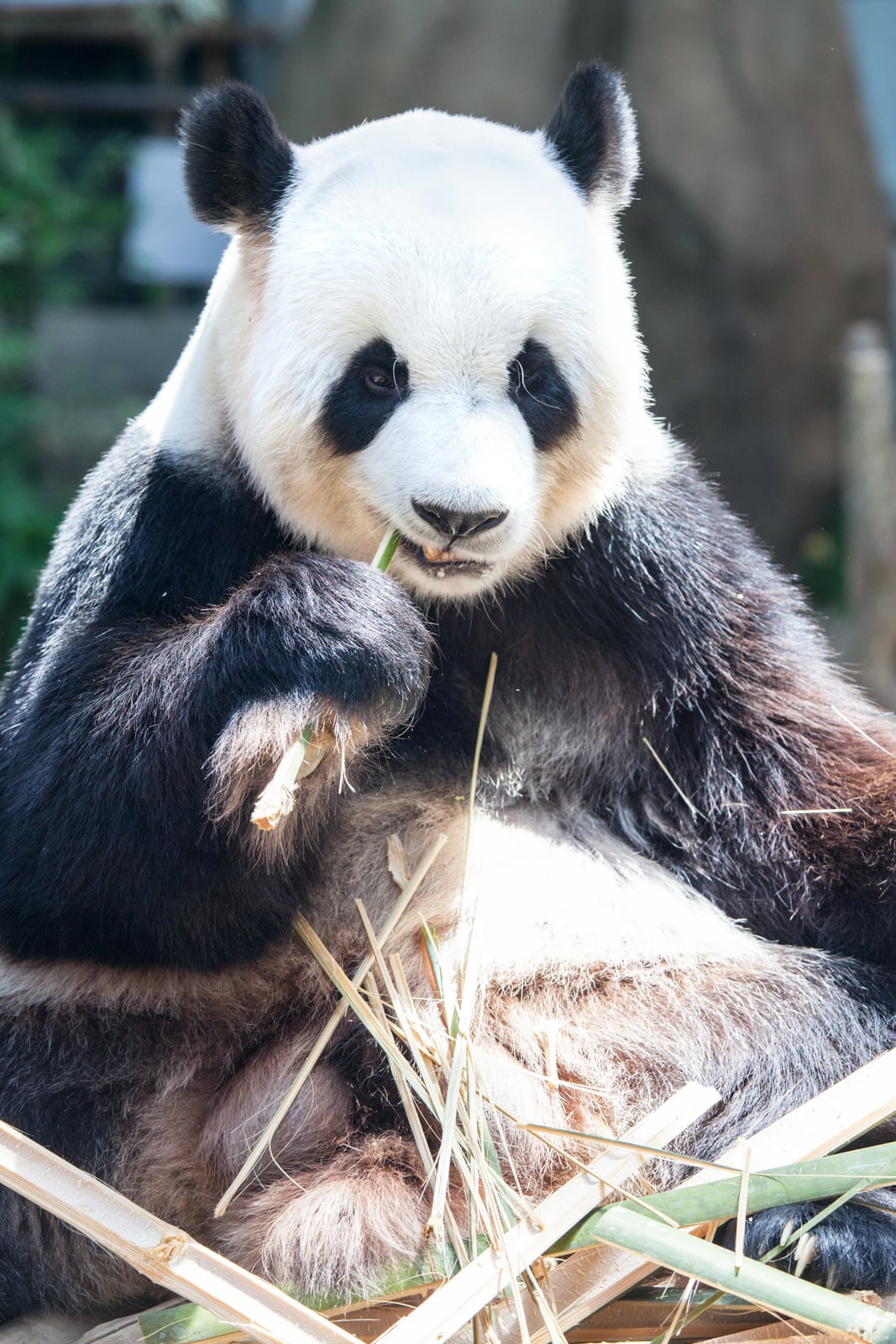 According to statistics, there are probably less than 1, 000 wild panda bears left in nature right now – although their numbers have increased from the measurements that scientists have taken in previous years.

Panda bears used to be plentiful in nature, but human interference has caused their numbers to drop over the past couple of decades.

Panda bears are currently considered Vulnerable, and not Endangered.

The Vulnerable status means that they are still on the watch list, but that the species is somewhat less in danger than the Endangered status. Conservation efforts have been somewhat effective in getting the numbers of the wild panda to rise.

The giant panda species is mostly found throughout China, although they only appear in a select few provinces on the continent – and they used to be far more widespread.

Giant pandas are found in mountainous areas and bamboo forests, where they make their hides in tree stumps or logs for protection from the elements. Bamboo forests cater to the essential needs of the giant panda, including access to food – up to 90% or more of their diet consists of bamboo they find in these forests.

Prefer their habitats to be a moderate temperature, and panda bears would not be able to adapt to conditions in a much colder (or warmer) hide.

How Long Do Pandas Live?

When they’re in captivity, bears might become even older. According to research, the estimated captive lifespan of a giant panda might reach up to 30 years old – that’s at least 5 years older than they would have lived to in the wild thanks to the lack of predators in a captive environment.

According to Guinness World Records, the oldest panda was named Dudu (born in 1962) would become 35 years old. If you didn’t count, Dudu the panda lived until the year 1999.

Are All Pandas Born Female?

No, there is no truth to the idea that all pandas are born female – although this is one of the most common myths about pandas in the world.

This myth came about because of the fact that it’s impossible to establish the gender of a wild panda at birth. Pandas can only be classified as male or female a couple of weeks after they have been born.

What Do Pandas Do For Fun?

Pandas aren’t just all work and no play!