Zebras are one of the animals that you are most likely to find in the African savanna, though they can occur naturally in several parts of the African continent.

Did you know that the stripes are as individual on every single zebra as your fingerprints are unique? Did you know that a group of zebra together in the wild is technically called a “dazzle” and not a pack or group?

Here are some of the most interesting Zebra facts for kids. 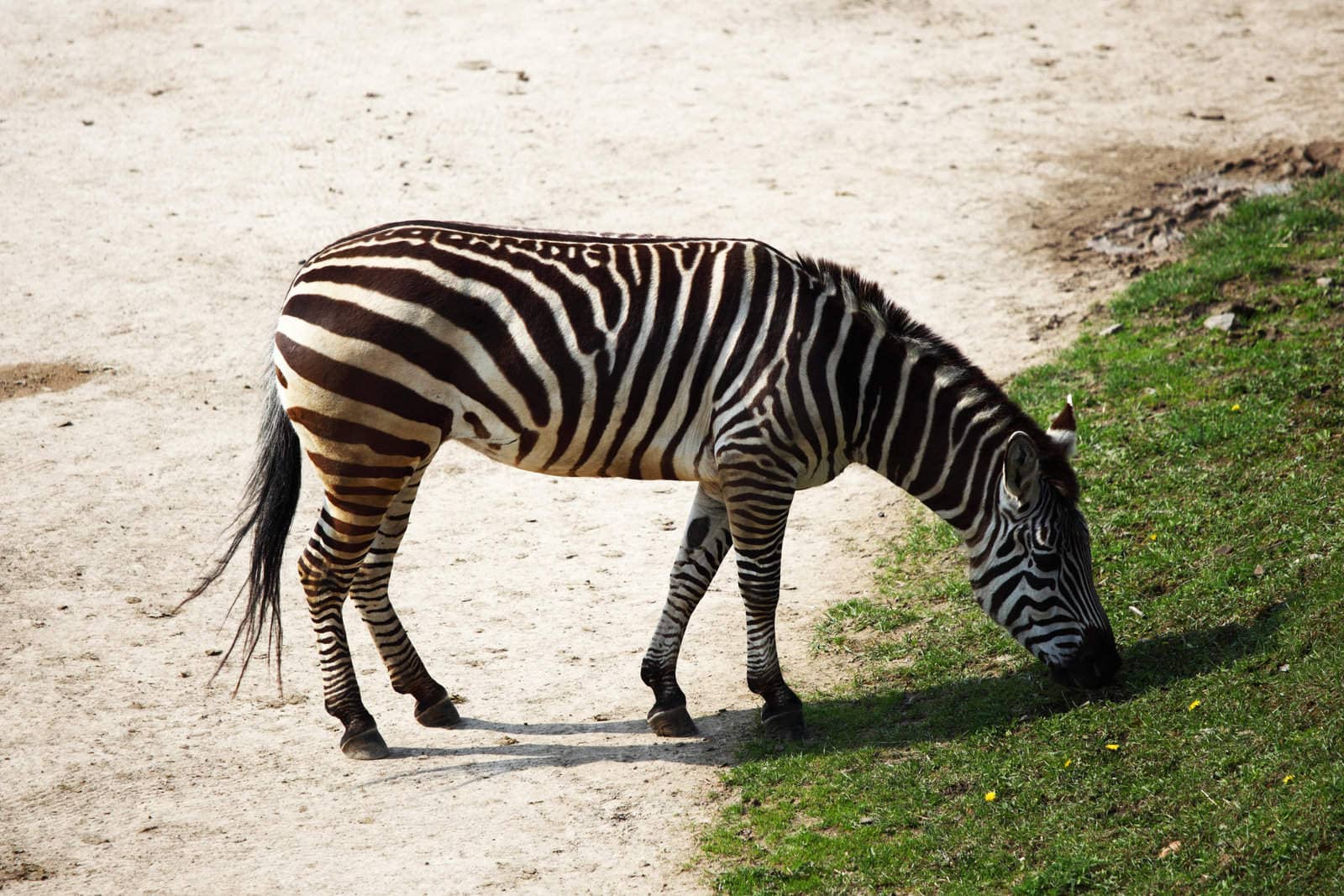 The average lifespan of zebras in the wild can be up to 15 years. When they’re in captivity, zebras can sometimes live longer because they have much easier access to food and there are no natural predators to cut their lifespan short!

A group of zebras together in the wild is called a “dazzle”.

Zebras are herbivores, and the majority of their diet is made up from grass and other soft plants they find around their natural habitat.

The term “zebra” can be traced back to the Latin term for “wild horse”, although the term was originally used to refer to a similar animal that is considered completely extinct today.

The quagga is an extinct type of zebra that was once much more widespread, but numbers declined due to human interference until the last living original quagga passed away in a zoo.

Life in captivity can almost double the lifespan of a zebra.

There are three different zebra species in the world, and all of them are found on the continent of Africa. The plain zebra is the most common type of zebra found in the wild, called this because they spend most of their time on the surrounding plains of their habitat.

Mountain zebras are also found in Africa, and they are so perfectly adapted to their habitat that they prefer the mountainous regions instead.

The average zebra is heavier than they might look, and can weigh up to 850 pounds.

An adult zebra can stand over 4 feet tall – and that’s not even when standing on their hind legs.

Believe it or not, but there is someone who has the official Guinness World Record for the most zebra-themed items owned by a single person. According to Guinness World Records, this is Wendy Jarnet, who has a total of 508 items – from mugs to pillows, all zebra-related.

Just like the domesticated cat, zebras communicate what they’re thinking with their ears.

If you had to guess, what sound would you say a zebra makes? Zebras communicate with one another by barking a high-pitched bark.

The average zebra can run up to 42 miles per hour for short distances. Sometimes, this is enough to evade a tired predator.

There are several theories as to why zebras have stripes in the first place. One of the theories is that the zebra stripes confuses flies away from the zebra’s skin!

The plains zebra, which is the most common type of zebra in Africa, is considered near-threatened according to the IUCN’s list.

Zebras are part of the scientific class Equidae, which also includes the horse.

A zebra’s skin used to be worth a lot of money on the black market. Thousands of zebras have been killed for their skin or meat, and this is why the three zebra species are considered threatened ones today.

Where Do Zebras Live?

According to wildlifetrip.org, one of the largest populations of wild zebras can be found in Kenya thanks to conservation efforts.

Zebras live on the African continent, with all three of the different zebra species ocurring on the continent.

What Do Zebras Eat?

The zebra is classified as herbivorous.

The majority of what a zebra eats will consist of the different grass types that are found in the natural habitat. Zebras will also sometimes eat leaves, twigs and other plants that they find in their natural environment.

Like most animals in the Equidae family, they prefer to graze grass with their teeth.

Why Do Zebras Have Stripes?

There are several theories as to why zebras have stripes.

According to scientists, zebras might have stripes to keep flies away from their skin.

Other theories accept that zebras might have stripes so that they can ward away predators, or spot one another in the African savanna.

What Color is a Zebra?

According to most scientists, zebras are black with white stripes.

Are Zebras White with Black Stripes?

According to Encyclopedia Britannica, the most likely answer is that zebras are black with white stripes.

Zebras are not usually a threat to humans, but this does not mean that you should approach a wild zebra.

A zebra is still a wild animal, with a strong bite and a pretty nasty kick. Zebras can become dangerous if they are alarmed, and they can be especially dangerous in a group stampede.