Here are some of the most interesting dolphin facts for kids, including facts about why dolphins are unique, the weird things dolphins do, and some facts about dolphin habitats and behavior.

What is Unique About a Dolphin?

A lot of things!

Dolphins are one of the most interesting animals in the ocean, and there are more than 40 different species of dolphin out there.

One of the things that are most unique about dolphins is their intelligence. Dolphins are believed to be one of the most intelligent creatures in the ocean, and they can communicate and learn.

What Weird Things Do Dolphins Do?

There are more than 40 different species of dolphin in the world. When most people think of dolphins, they are picturing the bottlenose dolphin – one of the most common species found in the world’s oceans.

Scientists have been studying dolphin behavior for hundreds of years.

Dolphins communicate by using echolocation, but they also use facial expressions to communicate with one another.

Some people believe that dolphins are mean or scary, though actual science says that there is very little truth to this.

One of the weird things that dolphins do is stand in lines to rub their skin against coral. Scientists are still not exactly sure why they do this, but we think that it’s because of the fact that they are trying to remove parasites from their skin.

Scientists don’t yet know why dolphins do all of the things they do.. But it’s a lot of fun to learn more about them!

What Are Some Facts About a Dolphin’s Habitat?

Dolphins are found in most of the world’s oceans, and they populate the sea in small family groups. The only part of the world that does not naturally contain any dolphins is the arctic, because the poles would be too cold for warm-blooded dolphins to survive.

Most of the more than 40 different dolphin species prefer to live in shallow, warmer water – although there are dolphins that also live in deeper water.

Bottlenose dolphins are one of the most common dolphin species. This is the type of dolphin that most people picture when they think of a dolphin!

Don’t think that you will only find dolphins in the ocean! Some types of dolphins prefer to make their homes in rivers, too.

Unfortunately, dolphin habitats are threatened just as much as the world’s land and forests! Scientists call an area that has been stripped of growth a “dead zone”, and these are areas where dolphins would not survive.

The amount of dead zones in the planet’s oceans is on the increase due to pollution, which means that dolphins have less of a natural habitat than they did several decades ago.

Do dolphins have 2 stomachs?

Yes, although technically they have a single stomach that splits up into two different chambers in much the same way as the stomach of a cow.

It’s these two stomachs that help dolphins to digest their very varied diet.

Do dolphins have 2 brains?

No, although this is one of the most common questions people search about dolphins!

Only one half of a dolphin’s brain goes to sleep, while the other half stays awake. This is one of the most remarkable abilities that sets dolphins apart from many other mammals and sea creatures.

It must be really hard to sneak up on a dolphin, don’t you think?

What Do Dolphins Eat Fun Facts?

Dolphins eat a varied diet, although they are technically carnivorous.

The average dolphin’s diet consists mostly of fish, although they will also snack on anything else they can find in the ocean around them (including jellyfish and shrimp!).

Dolphins don’t bite their food, but just swallow most of it whole thanks to their size.

How Long Do Dolphins Sleep?

Dolphins sleep approximately eight hours per night, the same amount of time that the average human requires to sleep.

When dolphins don’t get enough sleep, they show similar symptoms to humans who haven’t slept for long enough. Studies show that sleep-deprived dolphins, just like humans, will fail to concentrate on basic tasks the more tired they become. 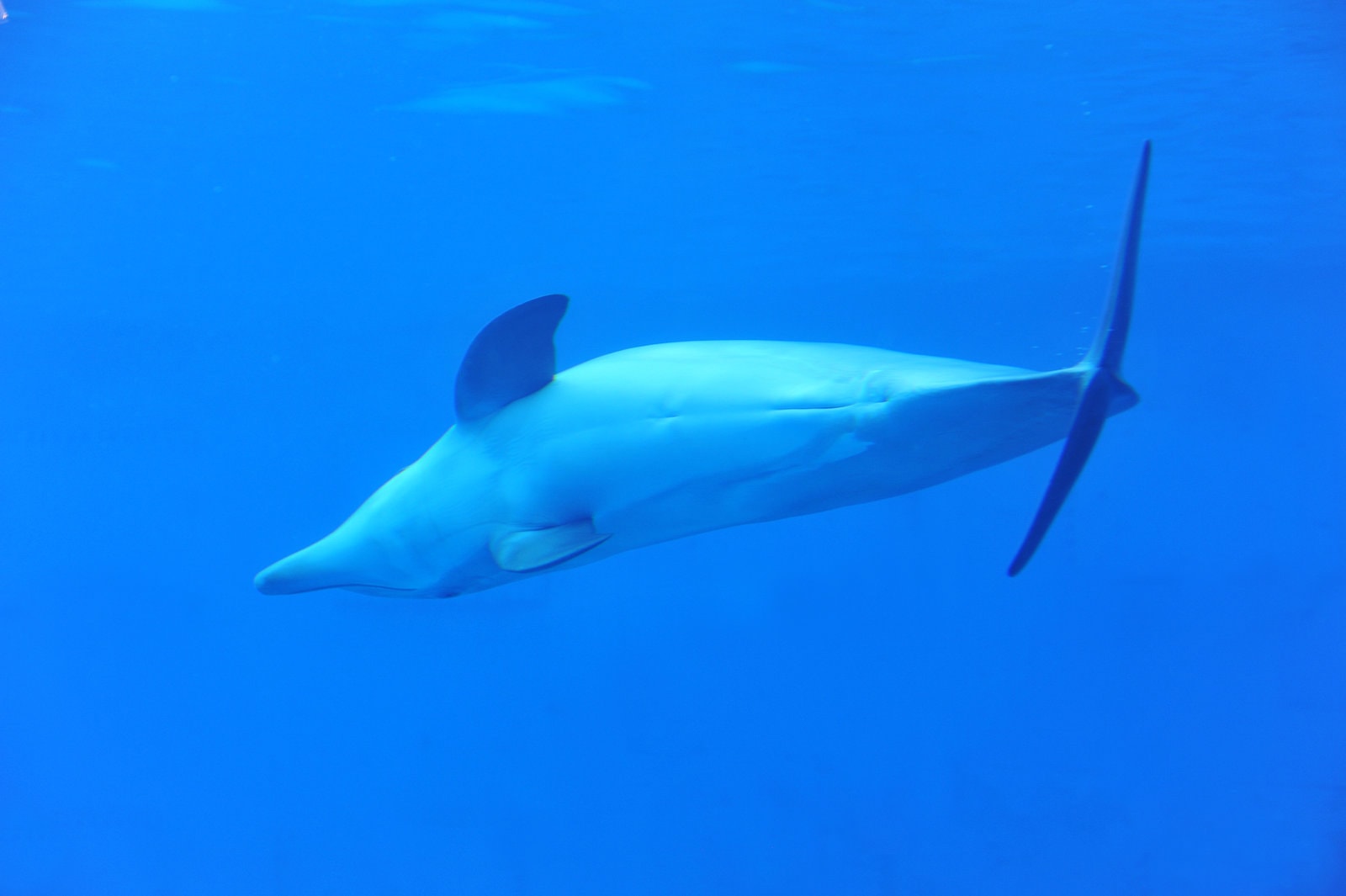 Are Dolphins Dangerous to Humans?

According to Whale Facts, most dolphins are not dangerous to humans at all.

Dolphins can become aggressive when they are hurt, angry or provoked by a human.

How Do Dolphins Communicate?

According to Animal Ways, dolphins use three main methods of communication to speak to one another.

Dolphins can use echolocation, gestures and movements – and can also communicate using whistles, which can travel very far under the ocean.

Scientists are still learning more about how dolphins talk to one another each day.

How Long Do Dolphins Live?

The average lifespan of dolphins is 25 to 35 years in nature, though there have been documented cases of dolphins living longer in captivity.

One of the oldest dolphins in recorded history became 47 years old. Nana would die in Japan in 2017.

Orcas are actually a type of dolphin, and not a type of whale. These have one of the longest natural lifespans of any dolphin type, and they can live to approximately 90 years or more.