Wolves are an ancient species, and the genetic line from which all domestic dog species are said to have originated. Wolves are fascinating animals, and they have been the stuff of myth and legend for thousands of years – but did you know that wolves are also one of the best hunters that you can find in the animal kingdom?

Here are some of the most interesting facts about wolves.

Fun Facts About Wolves For Kids

Wolves are the oldest common ancestor of all domestic dogs. When wolves evolved over time to develop slightly softer features and closer relationships with humans they encountered, the domestic dog breeds started to rise.

Wolves are pack animals. Just like dogs who are still related to wolves in many of their behaviors, wolves will prefer to travel and hunt in groups that are referred to as wolf packs.

Wolves are carnivores, and most of their diet consists of wild meat found in their immediate environment. Occasionally, wolves will consume grass for dietary needs, but not often, and not much.

Wolves don’t just bark like our familiar domestic dog breeds do, but they also howl much more often than domestic dog breeds – although sometimes, you will hear some types of dog breeds do it! Howling is a way that wolves use to communicate over very long distances – and scientists also believe that it’s a way for wolves to scare off predators.

Wolves have extremely good sight and hearing, which helps them during the hunt.

Rabies can affect wild wolves just as easily as it can affect any other mammal, and it’s still considered just as contagious.

In the wild, wolves have been known to injure or kill humans.

Scary Facts About Wolves For Kids

Sometimes a wolf will be thrown out of a pack due to illness or bad behavior. They will then go on to become a so-called lone wolf.

Wolves are extremely large, and they can look the average human in the eye when they stand on their back legs.

Wolves can catch rabies just like any other mammal, but wolves are known to be much more aggressive rather than show other symptoms of the conditions such as extreme tiredness and dehydration.

Wolves are known to be some of the most aggressive hunters in the animal kingdom. When wolves hunt, they ambush their prey and tear them apart in the hunt as a pack.

Their scientific name is Canus lupus.

Grey wolves generally prefer to live in colder climates to other wolf species. This wolf species thrives in North America and Europe, though can also be found in other colder parts of the world

There are several different wolf species in the world, including the red and gray wolf species.

Wolves can be found all over the world. Some species prefer colder climates, while select wolf species prefer to live in warmer areas – such as deserts.

A large concentration of the world’s wild wolf population can be found in North America.

Wolves can adapt almost anywhere, and some wolves even live in grassland environments. 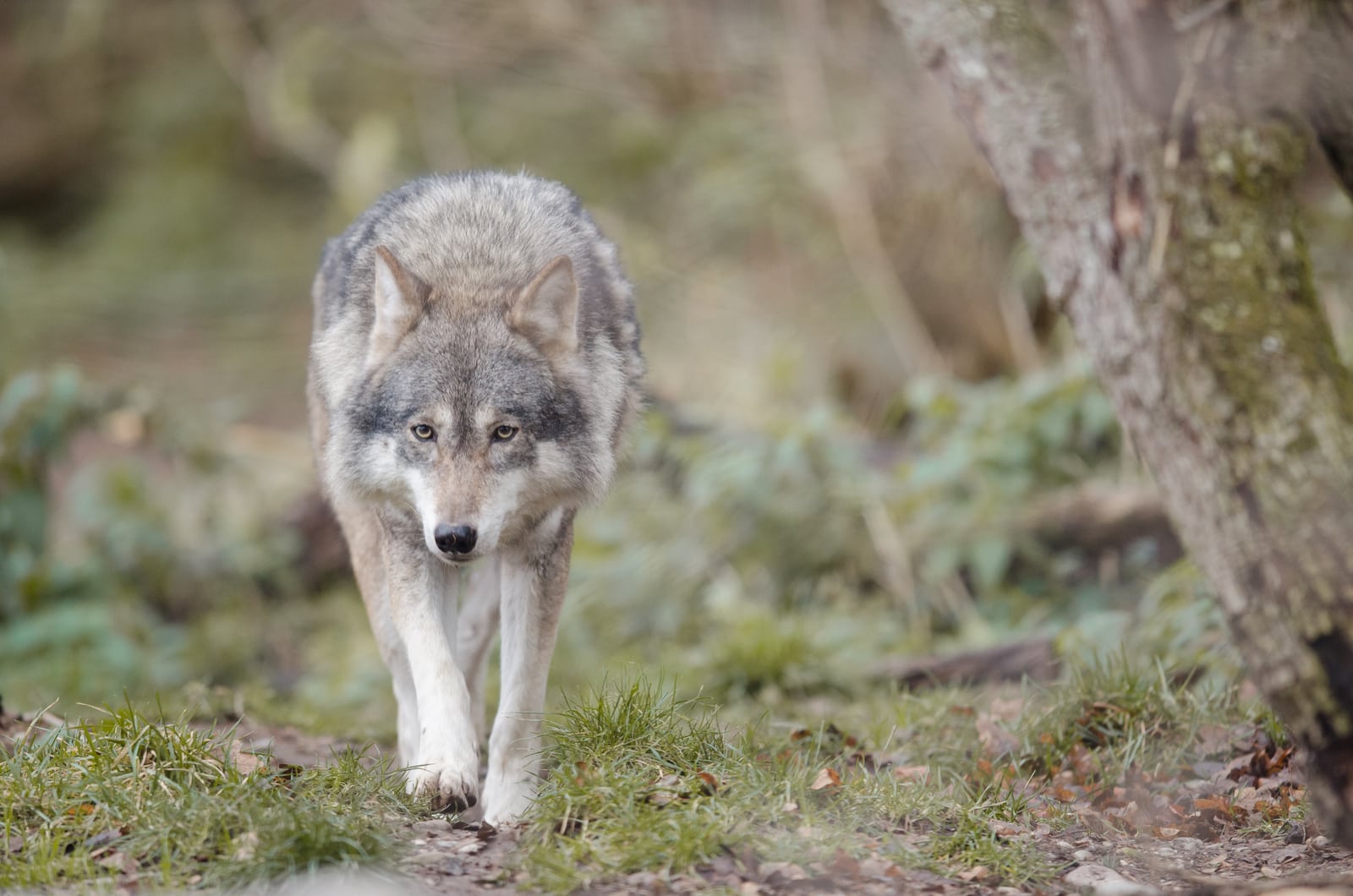 What Do Wolves Eat Facts For Kids?

Wolves are carnivores, and in the wild wolves will consume a diet that is mostly made up out of meat. Wolves are also vicious pack hunters, and the majority of meat that they consume will be prey that they find during the hunt.

Unlike jackals and other animals, wolves will not generally consume carrion (things that have already been killed by something else), but prefer to hunt on their own.

Don’t think that wolves will only eat a meat-based diet due to their carnivorous nature.

The majority of living mammals also need plants to sustain their diet. Wolves will also consume plants, grasses and sometimes berries in their natural environment.

What Are Wolves Afraid Of?

Wolves are predators, but this does not mean that they do not fear anything!

Wild wolves still have the same “fight or flight” response that most other mammals do. When a wolf encounters something that looks (or might be) dangerous, they would rather choose the flight response than to attack it.

Most wolves will avoid humans when possible, unless people have wandered into wolf territory.

When Do Wolves Leave Their Pack?

Wolves start to leave their pack when they are mature enough to start forming their own.

Typically, wolves start to do this when they are approximately 2 years of age – though some wolves reach this point sooner, and others take a few months longer.

When wolves naturally leave their pack, the order of the different wolves in the pack will start to change – and often, the one in charge will start to “reject” the independent wolf until they leave to start their own group.