Do you find the looks of the husky-wolf mix mesmerizing? These hybrid wolf dogs are beautiful but don’t take them at face value; they’re part wild animals. Let’s unpack some husky wolf facts about these gorgeous and intelligent beasts. 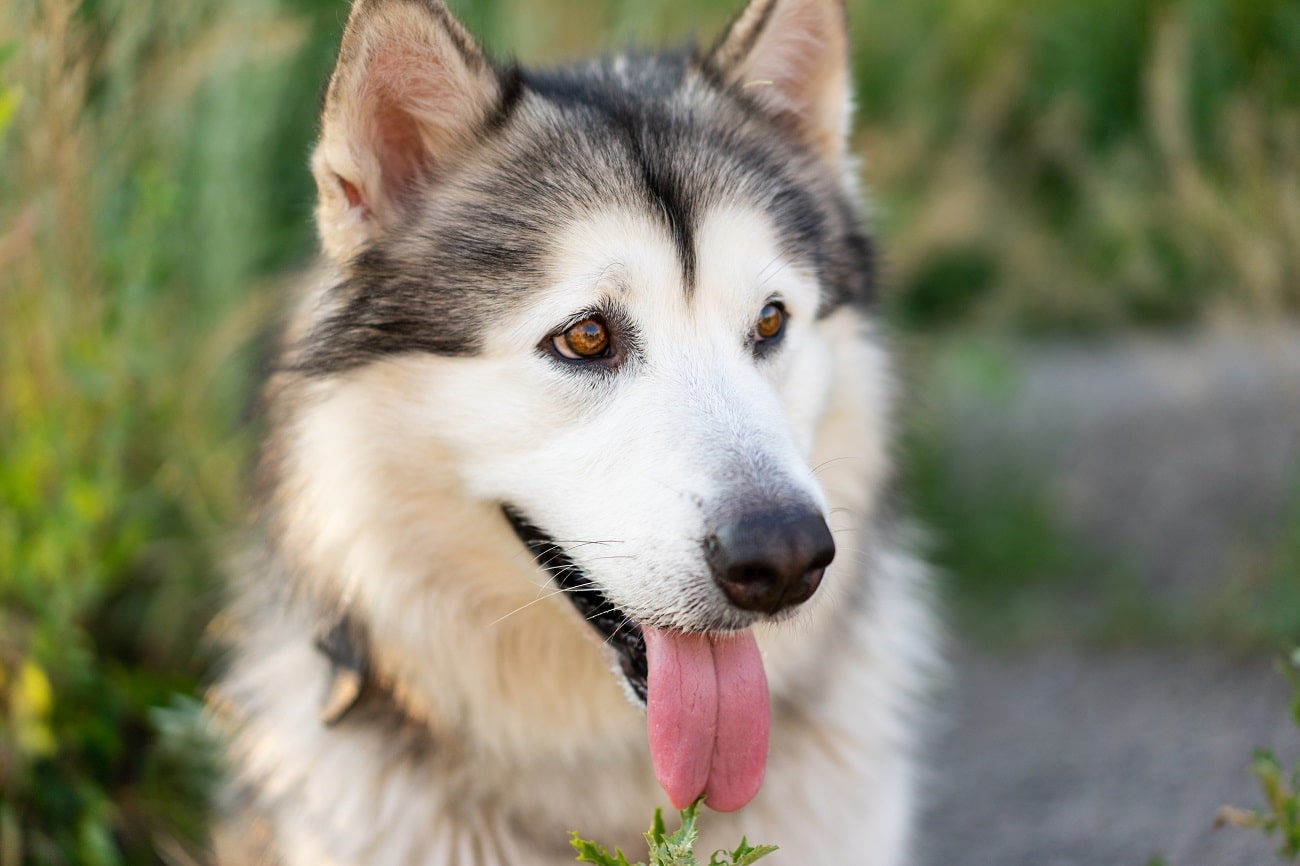 Is the husky wolf a cross-breed?

Over centuries, men crossed dogs with wolves to create interesting hybrids. All dogs are descendants of wolves, but some retain more wolf-like traits than others, such as the husky wolf-dog. Wolf dogs were first bred for sled racing and work dogs in the Arctic circle.

Today, wolf dogs exist throughout Northern America and Europe. Most breeders cross wolves with Siberian or Alaskan huskies to create this specialist breed. The incorporation of wolf and husky genes makes an animal with the size, strength, and look of the wolf, with the gentle nature of the husky and its incredible work ethic.

Look at an Alaskan malamute or Siberian husky, and you’ll notice they have a more wolf-like appearance than most other dog breeds. As mentioned, all dogs are descendants of wolves, regardless of breed. However, most dog breeds were in-bred to a point where they lost the wolf look to their genetics.

Unfortunately, due to the close breeding of wolves into huskies, it’s challenging to determine the temperament of puppies until they reach maturity, making them volatile animals and somewhat dangerous.

Can a husky be a wolf?

A husky itself cannot be a wolf. It requires breeding with wolves to create the “husky wolf.” The result of the breeding project between the wolf and the husky produces a dog with more husky-like visual features, but with the size and strength of the wolf and sometimes its bad attitude.

No, a husky cannot stand up to a wolf in a fight. It’s smaller and weaker than a wolf, despite its hard work ethic. Wolves are wild animals, while huskies are domesticated canines. Pitting a wolf against a husky will see the husky lose every time.

Where do husky wolves live?

There are husky wolf dogs in all corners of the world. However, the most common area to find these canines is in the colder climates of northern Europe and America. They have thick coats that protect them from windchill. Huskies are working dogs, and combining their genetics with a wolf produces a large dog that needs to run every day.

Locking up a husky wolf in a small yard for its life creates stress in the animal. As a result, they may develop temper disorders and turn on their owners. Huskies were bred as sled dogs and incorporated into working environments for racing around the Arctic Circle.

How many husky wolf mixes are there in the world?

There are very few wolf-dog mixes due to the nature of breeding wolves with canines creating wolf-dogs with bad tempers. You wouldn’t want children around these animals as they could turn on them and maul them. Handling a wolf-dog requires a stern authoritarian owner willing to handle and discipline the dog correctly.

Currently, breeders will mix wolves with Siberian huskies or Alaskan Malamutes. The Malamute looks similar to the husky, but they usually have brown eyes, as opposed to the green and blue hues in husky eyes. 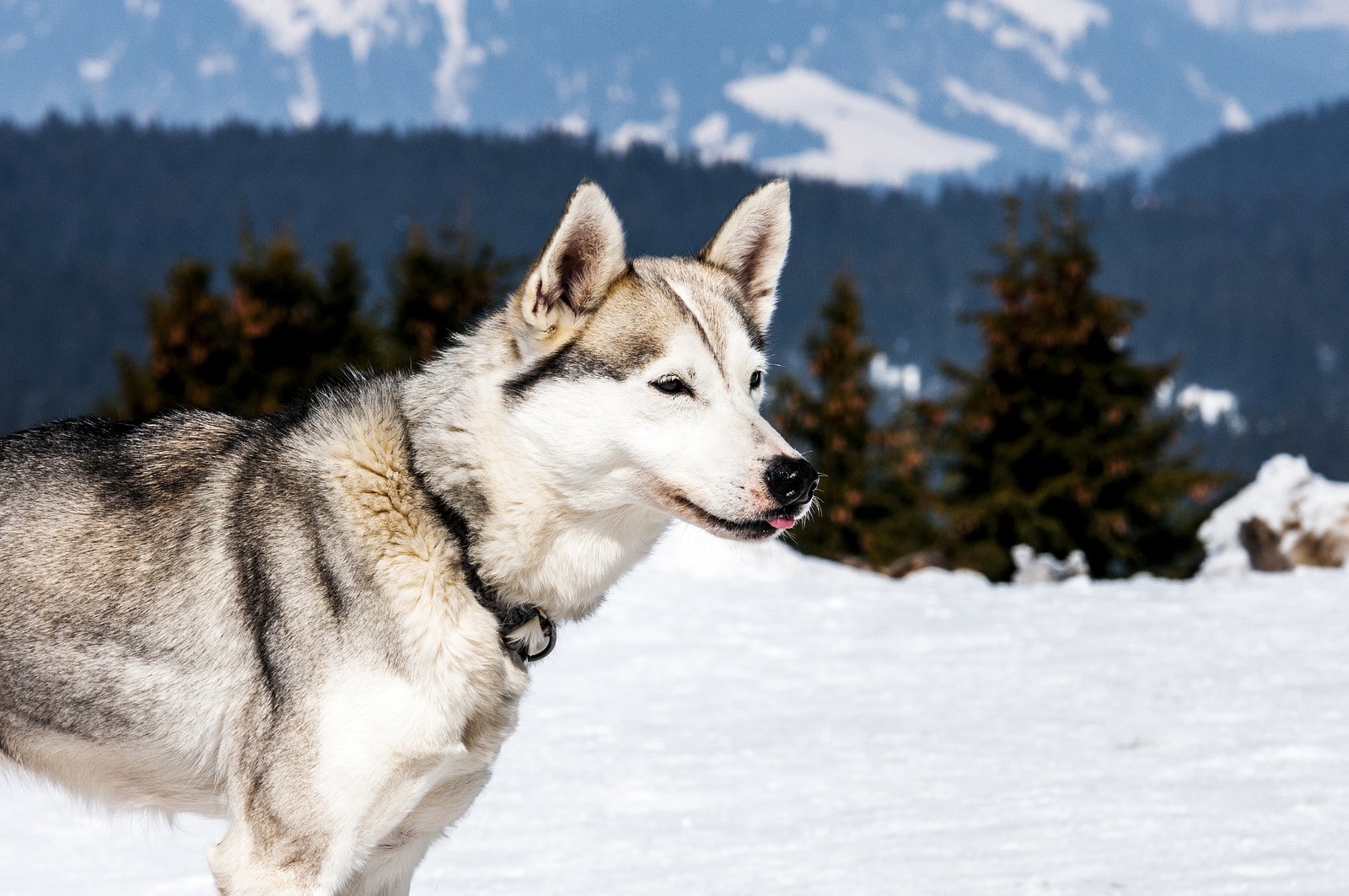 Breeding huskies and malamutes with wolves result in a canine with a much bigger size and body weight than a traditional husky. Male hybrids can reach a mass of 85 to 155 pounds (39-70 kg), and females weigh between 75 to 130 pounds (34-59 kg). That’s considerably heavier than a conventional husky or malamute dog, which is around half that weight.

Male husky-wolf dog hybrids stand approximately 26-33 inches tall, and females reach around 25-32 inches in height. Most husky-wolf hybrids reach maturity around two years from birth. They are relentless feeders, and owners must monitor their weight to ensure they don’t get obese.

Husky-wolf hybrids have a similar lifespan to a husky or Malamute. They usually live for 12 to 14 years, depending on their upkeep. These animals may only live to around nine or ten years old if kept in warmer conditions.

What Do They Prey On?

Husky-wolf dogs are fed a diet similar to other domesticated dogs. They will eat kibble, and many owners, especially in Arctic areas, will feed the animals a raw meat diet. Feeding the hybrid a raw mat diet increases its testosterone output and aggression toward other animals and its owner.

Where You’ll Find Them?

You’ll find husky-wolf hybrids in areas around the Arctic Circle. From Northern Canada to Alaska, throughout Russia and Siberia, and northern regions of Scandinavia in Europe.

Husky-wolf dogs come in several different color arrangements. They typically have a base coat of white fur, with black, brown, gray, and tan mixed into the fur. Their faces retain the same white base with color accents around the eyes and ears, with a white snout.

Husky-wolf hybrids have a coat of thick fur to help them survive in icy temperatures around the Arctic Circle. They have a dense undercoat and can comfortably sit in a snowstorm.

What Were Their Main Threats?

Humans are the main threat to husky-wolf dogs.

What Is Their Conservation Status?

The Husky-wolf dog has no official conservation status as they are an inter-bred animal.

How do husky wolf dogs communicate?

The husky-wolf dog has the genes of the canine and the wolf. Huskies don’t bark; they are a fairly silent breed and will howl when they feel stressed or lonely. Wolves will also howl and growl, so the husky-wolf dog retains the howling and growling characteristics of its parents.

No, husky-wolf dogs are not ideal pets. Unless you need a working animal to pull a sled or protect a large property, it’s best to avoid owning one of these animals.