Of course, we’re talking about tigers: while the title of King goes to the lion, let’s not forget about the great majesty of the tiger as one of nature’s biggest cats.

Here are some of the most interesting tiger facts for kids. 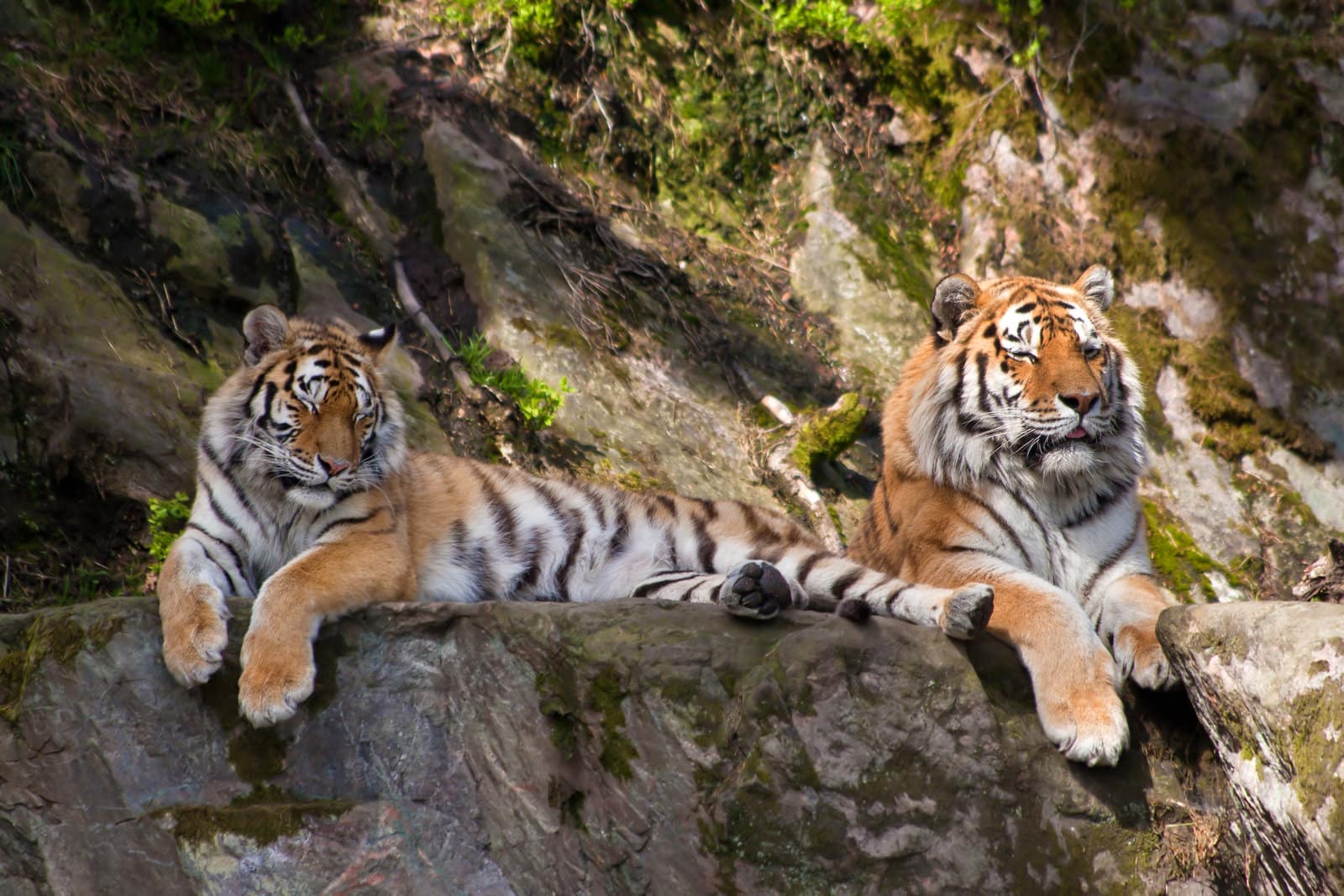 What is the Most Interesting Fact About Tigers?

It would be extremely difficult to pick one single interesting fact about tigers – and that is just because there are so many of them to mention!

Tigers are one of the biggest cats out there, and an adult tiger might weigh over 700 pounds.

The stripes on every single tiger you’ll ever see is completely individual, and no two tigers look alike by their stripes.

White tigers are rare, but describe a genetic anomaly and not a specific type of tiger.

Tigers are one of the only cat species that cannot purr at all, unlike their related family members the domesticated cat or the lion.

As we know them today, tigers have been around for at least 2 million years or longer according to scientific estimates.

Tigers enjoy water – and actually, so do some domesticated cat breeds.

Because of legalities that do not specifically protect tigers, some tigers are kept as exotic household pets in residential neighborhoods – and they can be extremely dangerous if they ever were to escape!

What is Unique About Tigers?

One of the most interesting and unique things about the tiger species are their stripes, which are considered to be as unique as a fingerprint – or a snowflake.

There are no two tigers that have the same stripes.

While certain patterns can help to identify tigers that are related, scientists can use the individual markings on a single tiger to identify them – just like people would identify you by your facial features or haircut!

Tigers are natural carnivores, which means that their diet is mostly made up out of more fresh meat than anything else.

As a predator, tigers will usually hunt larger prey – but will also go after smaller types of prey like small mammals where they can find it.

Tigers are night hunters, and do most of their hunting at night.

A tiger can stalk their prey for a very long time before they deliver the jump, which is designed to break the prey’s neck on impact and ensure a quick death.

Unlike lions, tigers do not enjoy chasing their prey to catch it, but will instead stalk their prey for hours at a time until they find the perfect moment. In this way, tigers conserve most of their energy when they hunt – and do not need to hunt in packs like other cats.

Amur tigers have no natural predators in the Siberian areas where they are found, and this makes them the literal top of their own food chain.

Don’t think that a tiger’s diet consists of meat alone. Like any cat you might have seen, tigers will sometimes consume little bits of plants and grass too.

Where Do Tigers Live?

There are 26 different tiger species in the world, and they all live in different habitats.

Some tiger species live in Asia, while other are found in China and Russia.

How Long Do Tigers Live?

Tigers can have different lifespans depending on the type of tiger species – and whether they are in the wild or in captivity. Captive tigers can live to as much as 25 years or longer, while wild tigers are estimated to have a lifespan that can be as much as ten whole years shorter than this.

In captivity, tigers do not have the need to complete dangerous (or exhausting) hunts – and for this, can live much longer.

How Many Tigers Are Left in the World?

Statistics estimate that there might be less than 12, 000 to 14, 000 tigers left in the wild that are spread across several continents.

While tigers used to have much higher numbers, human interference has pushed their numbers much further down in recent years.

Tigers do most of their hunting at night.

While lions chase their food, tigers have a different hunting method and prefer to stalk their prey slowly instead.

Tigers have a roar that can be heard from miles away.

A single tiger can eat up to 75 lbs of meat in one session.