Ants are some of the most fascinating creatures that you can ever hope to see.

Here are some of the most interesting ant facts for kids. 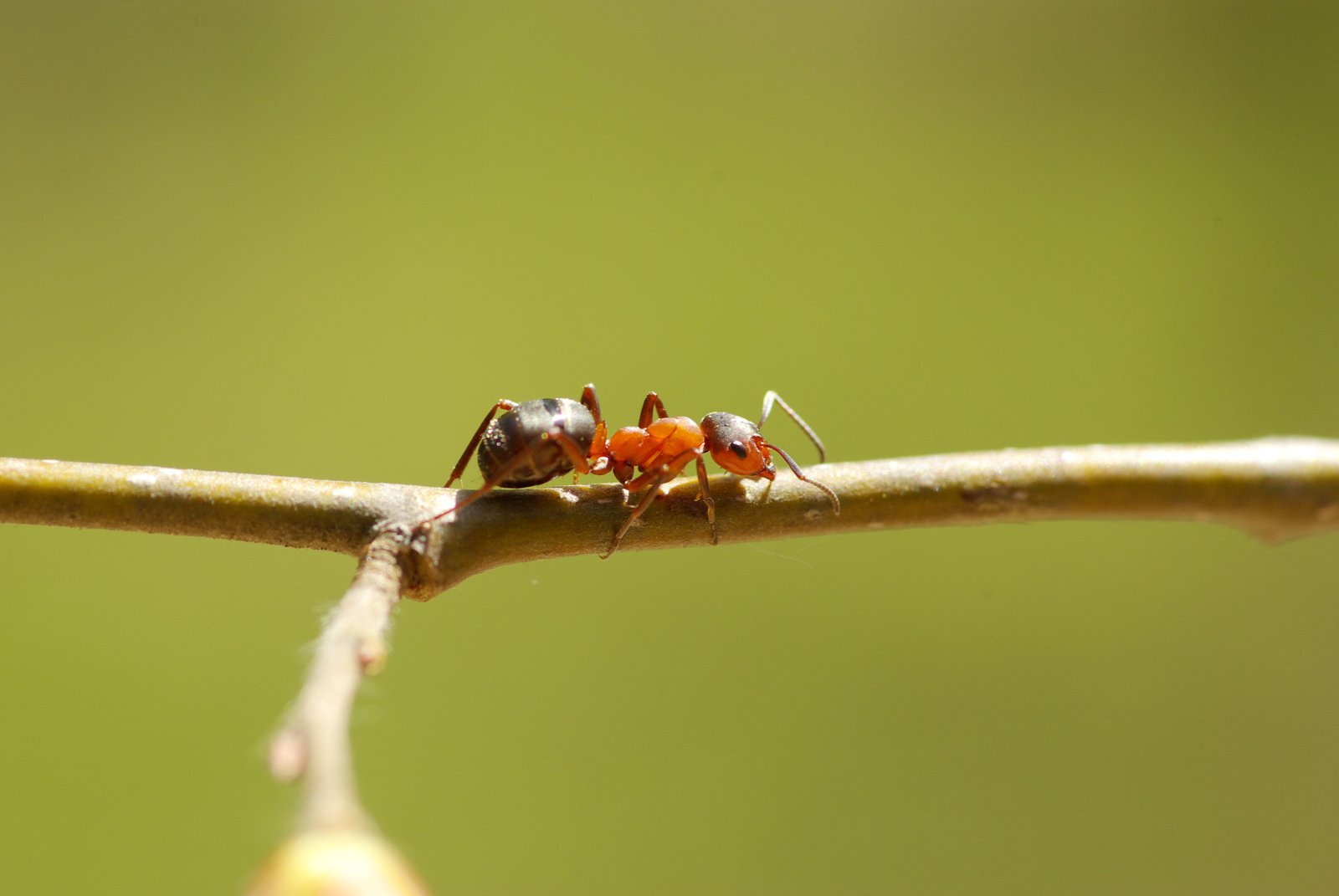 The word “ant” comes from Old English, where it was first spelled as “ante” instead.

Ants are extremely strong even though they are small in size. The average ant can carry more than 20 times their own weight – and they do this often to carry food to their nests.

Ants operate with a type of collective thinking that is a lot like how bees can both think on their own, but also as a group. Bees are one of the only other insect types that uses what’s called hive thinking to make decisions.

Ants have been around for millions of years, and there are even cave paintings that represent ants.

Termites are technically not ants, but a whole species on their own called Isoptera.

If an ant were as big as a human, imagine that they could still carry approximately 20 times their own body weight. They would be able to pick up and carry a whole truck!

Bullet ants are some of the most feared ant species on the planet thanks to their dangerous bite.

While ants and termites aren’t the same thing, carpenter ants can infest and destroy wood in a similar way to termites. A carpenter ant infestation is considered serious!

Army ants are said to be one of the scariest and most dangerous types of ants on the planet. Their bite is painful enough that even elephants prefer to back away rather than to be bitten by an army ant!

The Bulldog ant is called one of the most dangerous and aggressive ants out there, according to Guinness World Records.

Some ant types with larger pincers have been used by people in emergencies to stitch wounds closed with their bites.

Ants have specific jobs, and every ant in the colony is tasked with doing something different. Just like bees, there are workers and queens.

When they are born, Queen ants have wings – even though they don’t use them to fly around.

The Queen ant is much larger than the rest of the ants in the colony, and her huge size is one of the first things you can see about her. Experts look for the Queen ant by her size, and she is often surrounded by protective bodyguards.

Queen ants have the ability to reproduce the entire colony of ants. In order to do this, they have to lay thousands of eggs per day.

Male ants have the task of acting as workers and soldiers, although most male ants spend most of their life in the hive.

The majority of ants that you see are female instead of male, because male ants mostly stay within the hive – and they are almost always outnumbered by the females in the ant colony.

The purpose of male ants is to mate with the queen to produce more ants. Most of the worker ants you see are actually female!

Where Do Ants Live?

Ants can be found on 6 of the world’s continents, where different types of ants usually form colonies and live in anthills, underground colonies or, more rarely, trees and wood.

There are many different types of ants, although most of them will live in colonies – and where you see a single ant, you bet there are going to be more of them somewhere near you.

Unless you are located in the Arctic or Tundra where it’s too cold for ants to survive, you probably live somewhere ants are found! 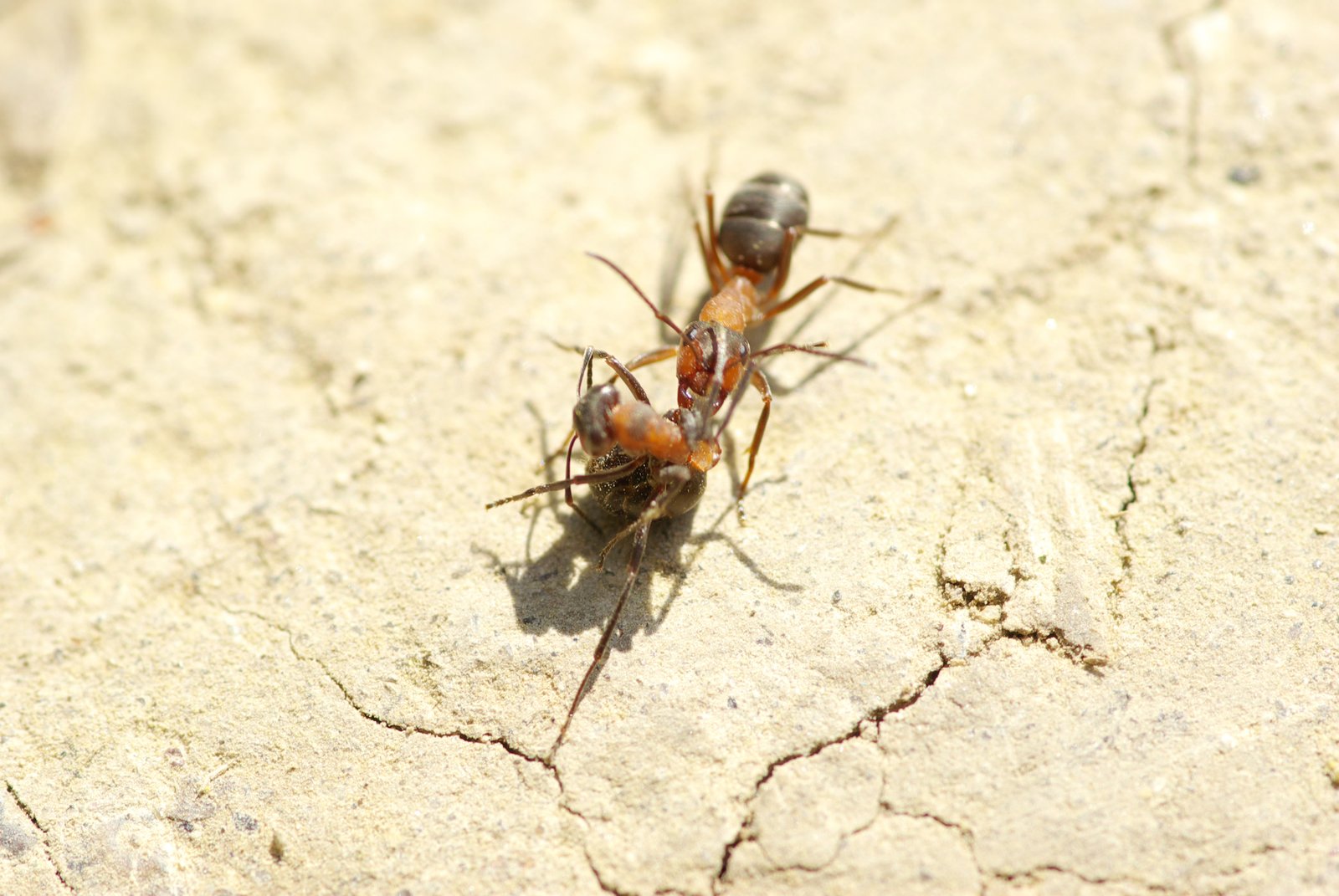 What Do Ants Eat?

Most different ant species will survive on insects, though will also consume different fungi or plant material. Ants are usually very easily adaptable to the environment that they live in, and will eat whatever they can find.

Have you ever seen ants at a picnic?

Yes, ants will eat almost anything, though particularly flock to leftovers to carry them back to the nest.

How Long Do Ants Live?

While it depends on the type of ant, according to National Geographic, ant species can live anything from a few days to a few years.

At their longest, some ant types can live for up to 15 years!

How Do Ants Breathe?

Ants do not have lungs, but they breathe using openings that are called spiracles. These openings circulate the oxygen through their bodies, and they work much like a filtration system or air-con.

Even though they don’t have lungs, ants still need access to oxygen just like anything else in order to breathe.

Do Ants Have Brains?

Ants have brains, but they are not capable of complex thinking or emotion in the same way as humans or other mammals.

According to science, the average ant brain contains up to 250, 000 neurons – and it’s much less than the billions of neural connections found in humans and other mammals.

While ants can think, we shouldn’t count on them to solve any complicated math problems just yet!

Still, thanks to the hive thinking, experts say that a colony of ants could be much, much smarter than the brain power of just one ant on its own.

How Many Ants Are in the World?

If you mean how many species, there are about 12, 000 different types of ants in the world.

As for how many ants in total, experts say that there are about 1.5 million common ants for every human adult on the planet. Other, rarer ant species are excluded from this number, and there might be even more ants on Earth right now.