If you ever have a look at an old enough map, one of the first things you’ll see is the warning Here Be Dragons – but today, we know that there weren’t really dragons in these areas, but that mapmakers of the time just chose to use the excuse not to map out these dark territories!

This doesn’t mean that there aren’t any creatures that we call dragons today.

Did you know that there are Komodo dragons all over Indonesia’s Sunda Islands – and that Komodo dragons have one of the most dangerous reptile bites that you could ever hope to encounter?

Here are some of the most interesting Komodo dragon facts for kids. 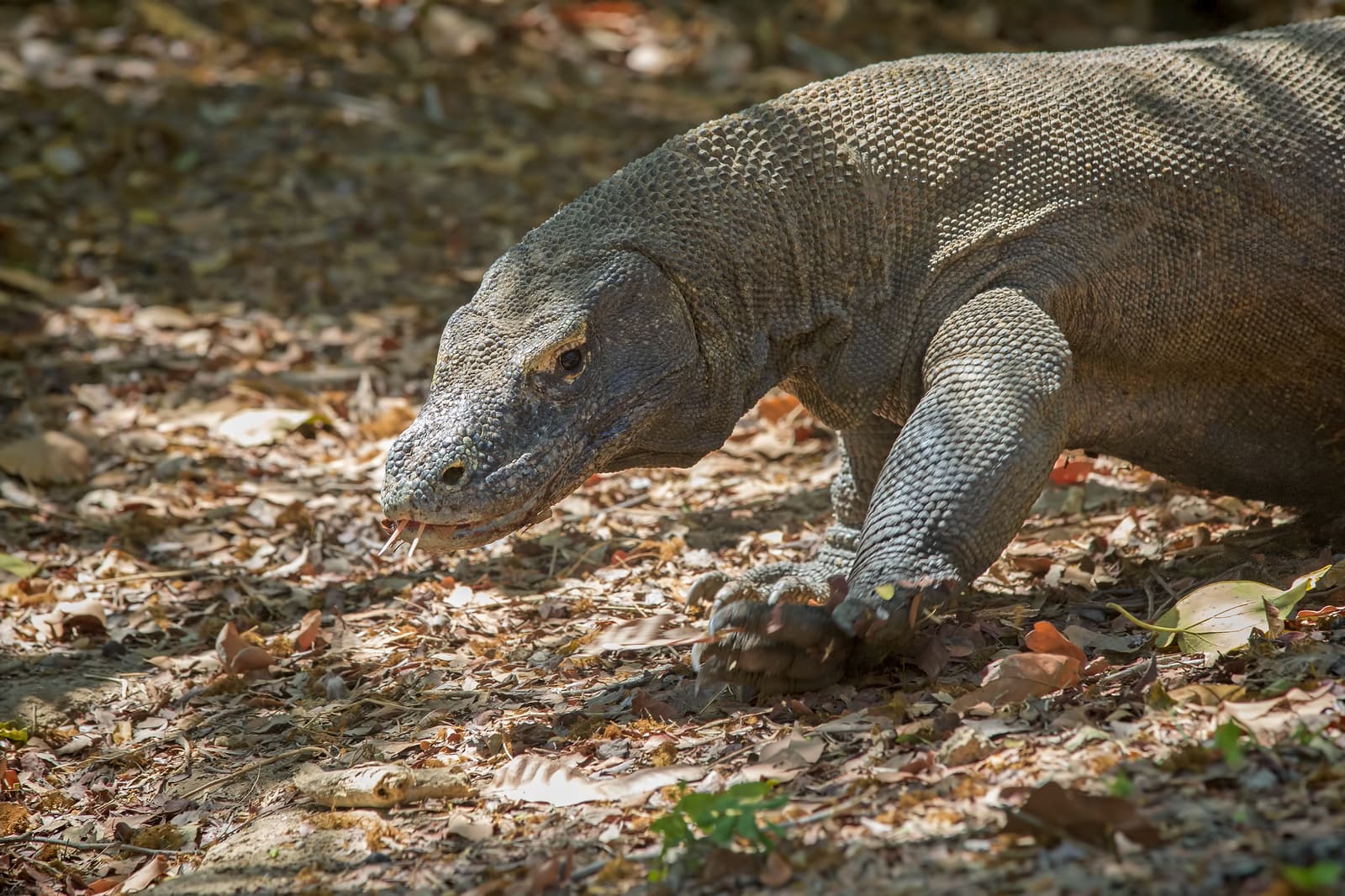 Where Do Komodo Dragons Live?

What Do Komodo Dragons Eat?

Komodo dragons are carnivorous, and they survive by hunting any smaller mammals, birds or bugs they find around their natural habitat.

YouTube has many videos of Komodo dragons about to hunt.

Komodo dragons will attack their prey with vicious ferocity, and the fight for the Komodo dragon’s food is usually over in under a minute.

If the hunt has been unsuccessful and the prey manages to get away, the dragon has such a toxic bite that it will kill the prey almost immediately.

According to Britannica, the Komodo dragon is one of the world’s largest four-legged reptiles – and they can reach a weight of about 300 pounds and a total length of 10 feet by the time they are adults.

Compared to crocodiles, dragons can come very close to matching them in size.

Komodo dragons have some of the most vicious, dangerous bites of all reptile predators – and scientists  have managed to prove that a Komodo dragon’s mouth is the source of venom that helps to disable its prey within just minutes.

The Komodo dragon has almost sixty razor sharp teeth, which can measure up to 0.4 inches long – and dragons can deliver one of the most nasty bites of all reptiles with their very dangerous, shark-like teeth.

Are Komodo Dragons Dangerous to Humans?

Dragons are considered to be extremely aggressive and territorial by nature, and they have been known to attack humans without any warning or provocation.

Komodo dragons are large, powerful and fast – and they have more than sixty teeth that can be sunk into a human before you could think of blinking.

A dragon’s bite is notorious for being even more dangerous than just the damage done by the bite. Komodo dragon bites can cause a very severe infection – and scientists have discovered that this is due to mild venom in Komodo dragon saliva.

Even though scientists have long thought that the bad infection that results from the bite of the Komodo dragon is due to bacteria, science now suspects that they actually have minor amounts of venom in their saliva.

According to NatGeo, scientists found that Komodo dragons actually have venomn – and it’s not just the different types of bacteria found in their bite that makes it truly dangerous to humans and prey! 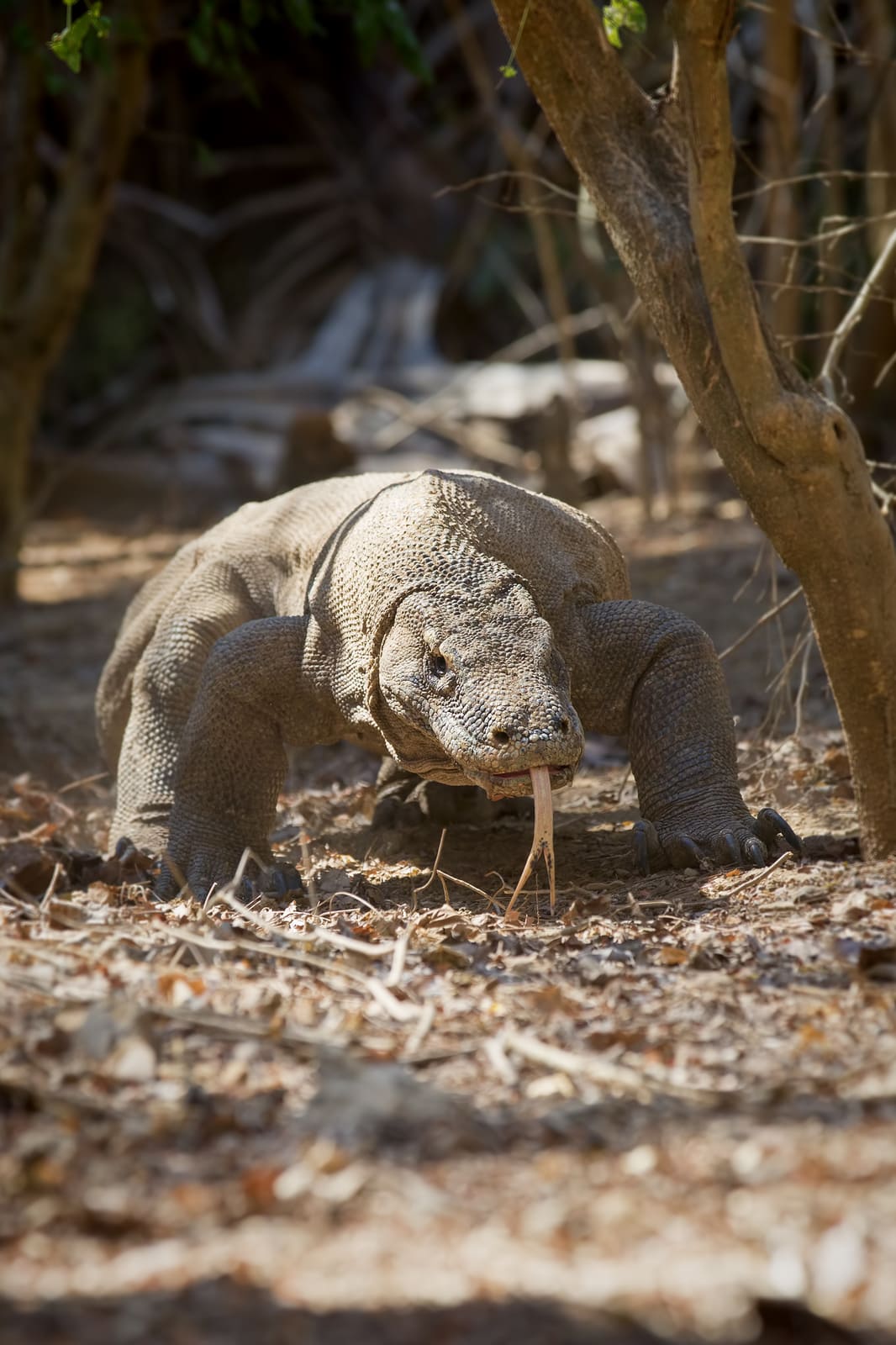 How Long Do Komodo Dragons Live?

Komodo dragons have a long lifespan, and scientists estimate that they can life up to 30 years.

When in captivity, dragons might live even longer because they don’t come to face any of their natural predators or environmental dangers.

Komodo dragons aren’t just one of the largest reptiles out there, but they can also be extremely fast when in nature. Dragons can reach a top speed of up to 12 miles per hour – and at close-range, they can perform a deadly sweep with their tails to knock their opponents off balance.

If you don’t think that 12 miles per hour is fast, try running away from a Komodo dragon!

Komodo dragons are cold blooded and need access to heat in order to keep their circulatory system flowing, just like most other reptiles out there.

Baby dragons are born green, with yellow and black accents all over their bodies.

That’s not all there is to know about Komodo dragons and how they work – they are one of the most fascinating four-legged reptiles out there, with their teeth being able to measure up to an inch in length for an adult male dragon.

A Komodo dragon really likes to finish everything on their plate…well, almost. Komodo dragons will consume up to 90% of their prey while leaving the 10% they can’t eat behind. Most other predators tend to leave a larger section behind for scavengers. Lions will leave behind as much as 30%.

Komodo dragons survive off a primarily carnivorous diet, and they will consume everything from fish to smaller mammals found in their  natural habitat.

When there isn’t food available, Komodo dragons will expand their diet to include their own species. You certainly read that right… When Komodo dragons can’t find food, they will resort to cannibalism!

Baby Komodo dragons are extremely agile, and they know how to climb up from the moment they’re born. Their sharp, hooked nails help them to be especially good climbers even when they’re older. If you ran away from one by going up a wall, a Komodo dragon would have the ability to just climb straight up the wall with their claws.

Even though we refer to them as dragons, they aren’t actually dragons in the old sense of the word, but scientifically they are classified as a type of monitor lizard.

The scientific name for the Komodo dragon is varanus komodoensis.

If a Komodo dragon cannot find the right food through hunting, they will also scavenge corpses of animals that have been killed by other things.