Rattlesnakes are one of the most interesting snakes out there, and you can find more than 20 different rattlesnake species all over the United States and North America.

Here are some of the most interesting rattlesnake facts for kids. 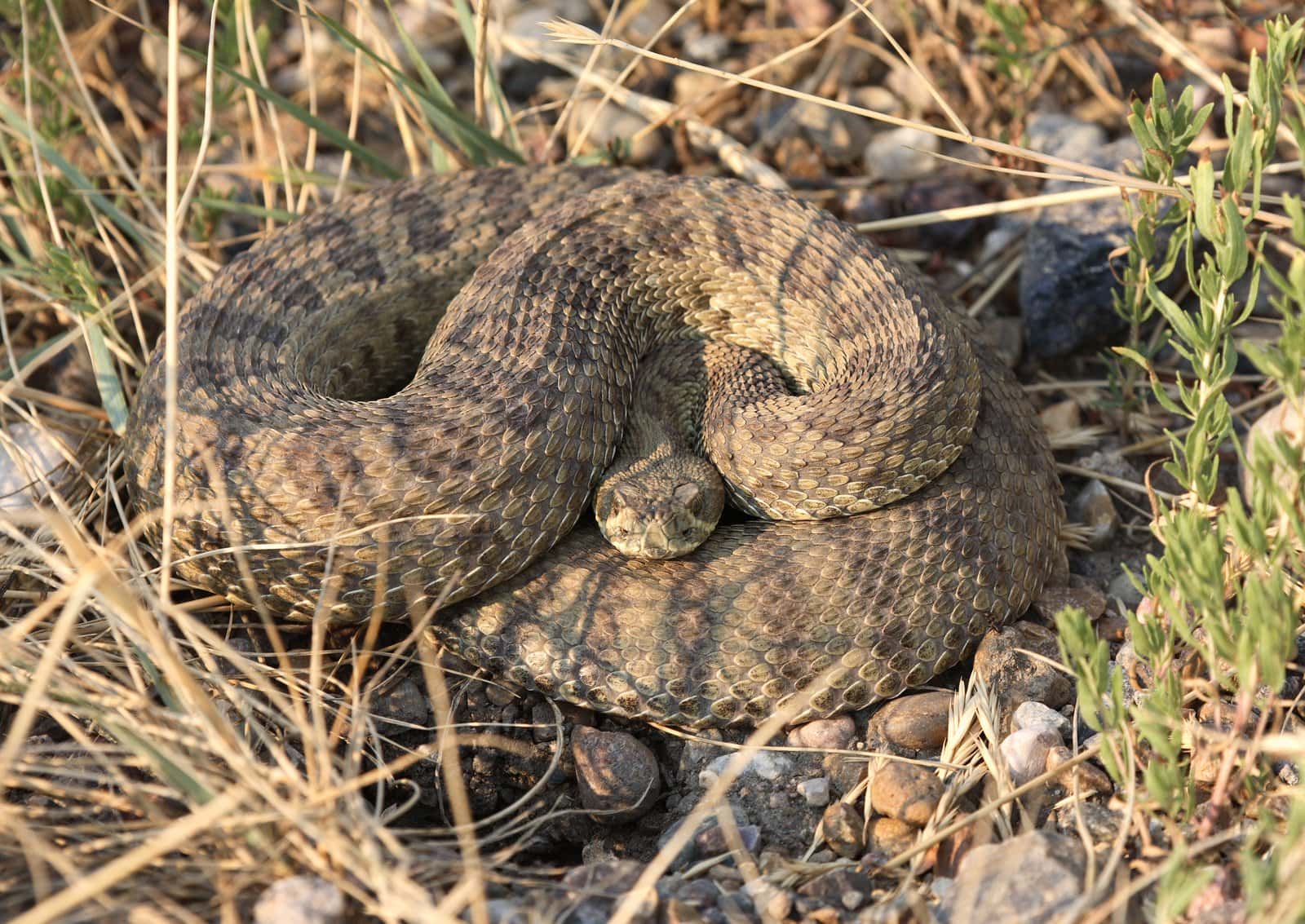 Why Do Rattlesnakes Rattle?

Rattlesnakes can use the “rattle” at the end of their tails to make a noise that sounds like a really, really fast shaker – or a can that’s been filled with rice being shaken about.

The rattle is one of the defense mechanisms for the rattlesnake species.

When a rattlesnake uses its rattle, it’s usually as a signal or warning for predators to back away from it. If a creature doesn’t respond to the rattle as a warning, rattlesnakes will usually respond to it with a strike.

Where Do Rattlesnakes Live?

Wild rattlesnakes can be found in some of the United States and North America, with the dry states being the most likely regions for rattlesnakes to be found. There are also some species of rattlesnake that live further down in South America.

How Big Do Rattlesnakes Get?

The average rattlesnake adult weighs approximately 2.5 pounds or more, and measures about three to five feet. Longer and larger rattlesnakes are found all the time – and this is just a guideline as to how big a wild rattlesnake could potentially get!

According to Guinness World Records, one of the largest rattlesnakes ever found was an eastern diamondback rattlesnake that measured 7 feet 8 inches. Amazingly, it weighed more than 20 pounds – and the man who discovered it, also happened to be the one who shot it.

If the rattlesnake had not met such an untimely end, can you imagine how big it would have become?

What Are Rattlesnake Babies Called?

The proper name for baby rattlesnakes are snakelets.

What Do Rattlesnakes Eat?

Rattlesnakes are carnivores like the majority of snakes in the world.

A rattlesnake will eat anything that it can find in its natural territory that is small enough to consume and not a natural predator of the rattlesnake.

This can include small mammals, though wild rattlesnakes will also sometimes consume birds and other small animals they can find.

How Long Do Rattlesnakes Live?

An average wild rattlesnake can live to as much as 10 to 20 years, although rattlesnakes that live in captivity can get even older than this.

A less risky hunt and less access to natural predators means that rattlesnakes can live to much longer in captive conditions. 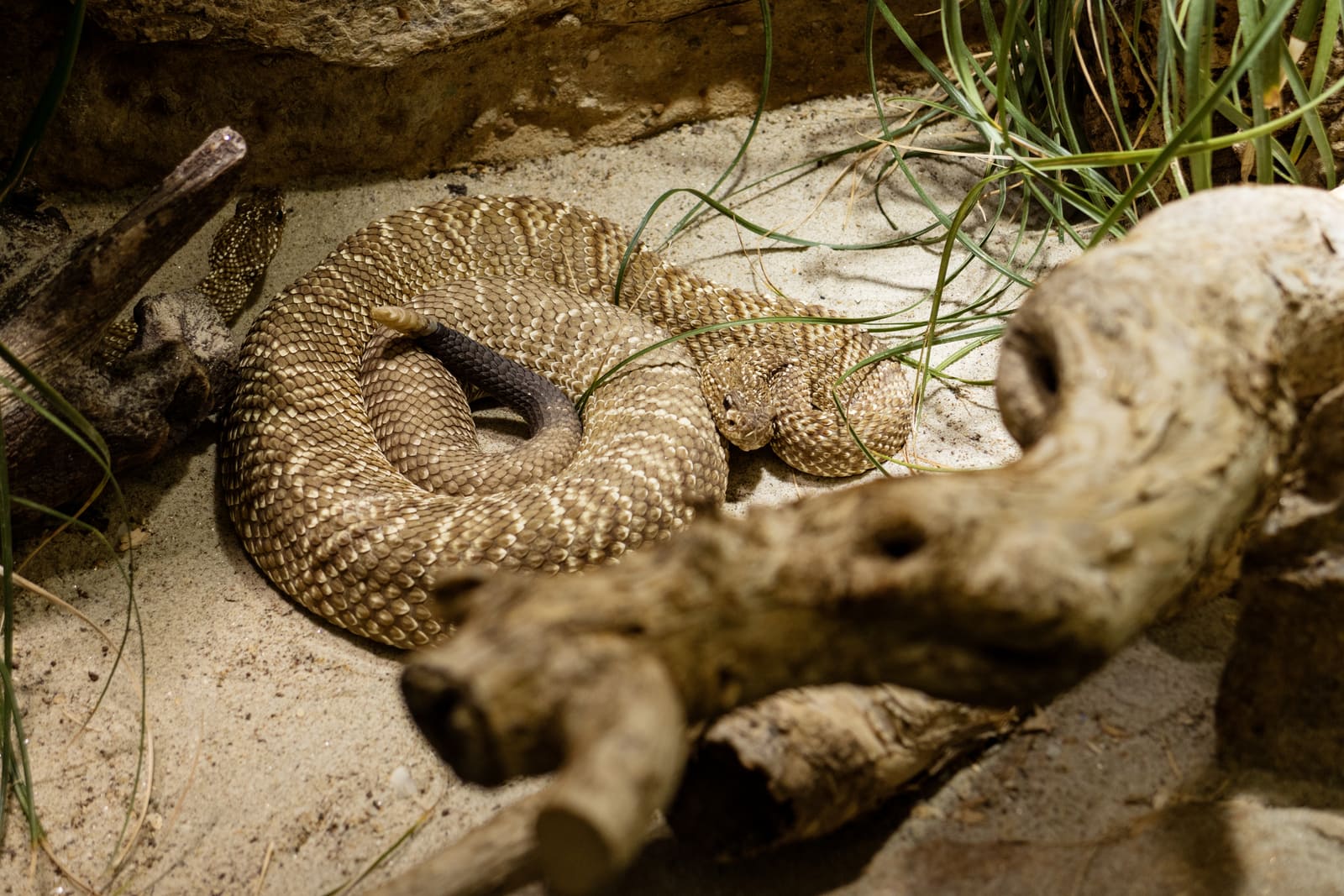 Can You Die From a Rattlesnake Bite?

Rattlesnake bites are extremely dangerous, although their bites are rare.

Immediate medical attention is recommended if you are ever bitten by a rattlesnake. One of the most important things to do is to calm down, as panic can spread the venom further by increasing your heart rate!

While statistics say that more than 8, 000 people are bitten by venomous snakes every year, very few of these bites result in death – but most if not all of them needed medical attention!

Other Fun Facts About Rattlesnakes

Scientists have identified a total of 36 different rattlesnakes in the wild, though some researchers believe that there might be even more species out there that we just haven’t found to describe yet. Wouldn’t that be exciting news?

Rattlesnakes are one of the only snake types that are born with replacement fangs that will move forward in their mouth when they lose or tear off an old one.

A rattlesnake’s rattle is made from keratin, the same material that makes up our nails and hair.

Rattlesnakes don’t use their ears to hear like mammals, but instead rely on sensing the vibrations that happen around them. Snakes are extremely sensitive to vibration, and you should stand as still as possible if you ever encounter a rattlesnake!

Rattlesnakes are actually a type of pit viper, though they thrive in hot conditions where most pit vipers prefer moisture.

Rattlesnakes are one of the only snake types that give live birth to its young instead of laying eggs.

Snakes live in dens, and a rattlesnakes den might contain up to as much as 100 snakes.

It’s a myth that a rattlesnake’s age can be measured by looking at the segments on their rattle. The segments actually have nothing to do with the age of the snake!

Because of the fact that they are pit vipers, rattlesnakes have triangular shaped heads.

Rattlesnakes prefer a warm, desert habitat. Because of this, they are only found in four United States.