Having a laugh is a lot like pizza… Everyone has a different taste, and if you choose wrong then you’re going to offend someone (or maybe everyone) around the table. here are some of the best pizza puns that you’ll find funnier than cutting the cheese. 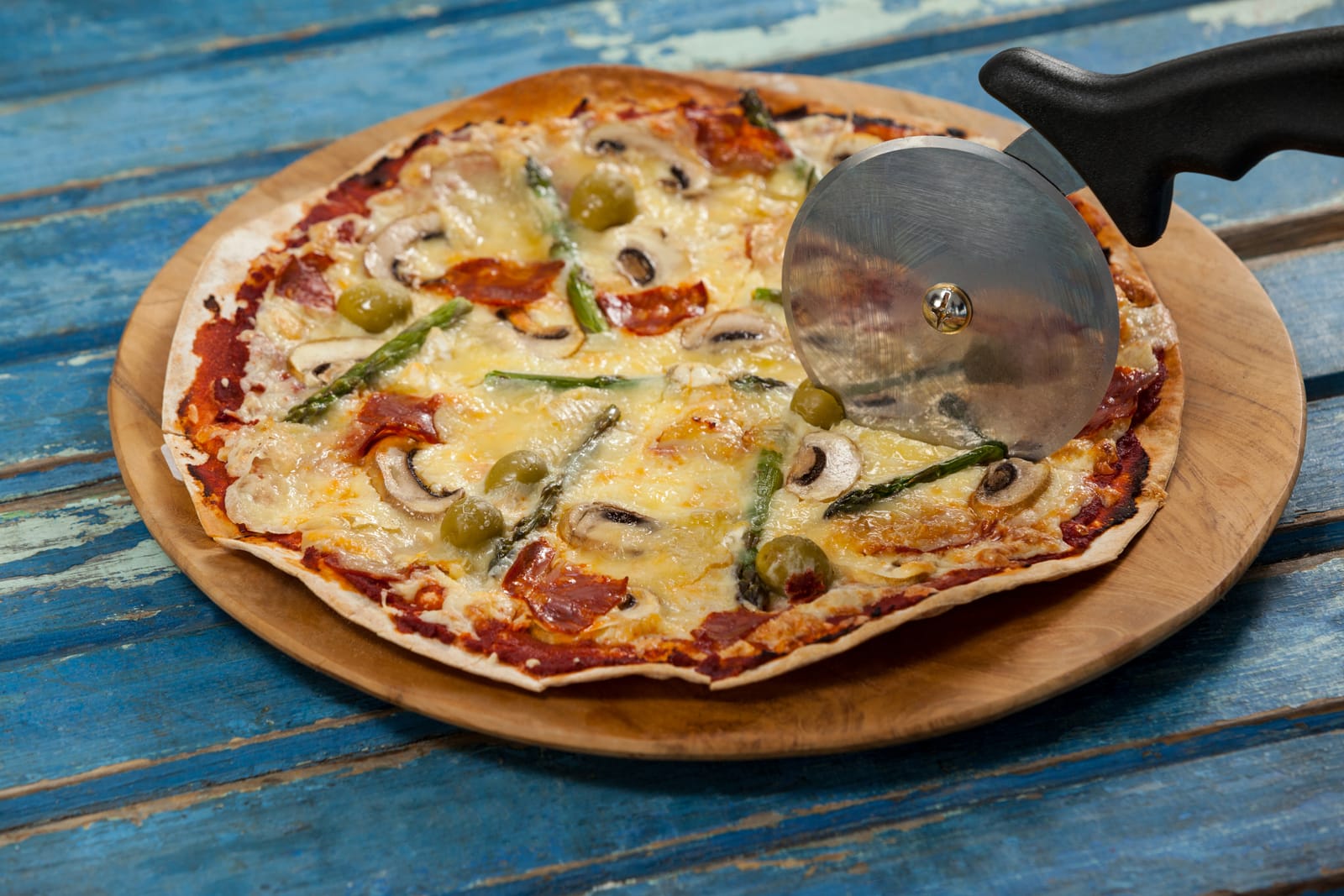 How should you cut a pizza according to popular music? The first cut is the deepest.

What’s the worst cheese you could take to a fondue? The oldest.

How do you know that your cheese is ageing well? It doesn’t complain about its knees.

Why is cheese so dangerous when it has grown mold? Because now it’s learned how to fight back.

What do you call the type of mold that forms on most cheese when you leave it in the freezer? Frederick.

What should you do with a pizza that contains too much salt? Frisbee.

How do chefs learn to flip pizza dough through the air? By doing it wrong a lot of times first.

How do you know that someone likes to eat pineapple on their pizza? They’ll start every second conversation by telling you.

What do you call a delicious gluten free pizza base? A myth that most chefs have only heard about.

What do you get if you make pizza dough with the wrong ingredients? Pizza d’oh.

What’s the right way to cut a pizza for three people? By asking it first.

How do you make a pizza healthier? Cut it into four slices instead of eight.

Who first came up with the idea of mini pizzas? People with mini ovens.

What happens when you try to make a pizza in an Easy Bake Oven? You’ll get asked what you’re doing in their house.

Why do some places give pizza away for free once every so often? They have to do something with all the pineapple pizzas.

What’s the difference between a middle-aged man who loves to listen to beat poetry, and a fresh cheese that’s just come out of the factory going to the consumer? The cheese has culture.

How can you tell that a pizza should have gone longer in the microwave? Because it’s still frozen from the freezer.

Why should you always have a wheel of cheese in the house? So that when religious people knock on your door, you can always talk to them about the importance of cheeses in the household.

Why are they called wheels of cheese? Because they wouldn’t look right if we made them in the shape of diamonds.

How do we know that Hannibal Lecter was a cannibal? Because he always ordered his pizza with extra olives and bits of people on it.

What’s the best type of pizza you could have? Free pizza.

What’s the difference between a good pizza and a great pizza? The amount of time it was left in the oven.

How do you measure a pizza? With a pie.

Why should you always tip a pizza deliveryperson? Because of what they could do to your pizza when you’re not looking.

How do you make a good pizza base? You adjust the pizza equalizer until it comes out right.

What’s the difference between a session drummer and a pizza? A pizza can comfortably manage to feed a family of four.

What was the cannibal’s favorite type of pizza? People-roni.

What’s worse than pineapple on a pizza? Being made to eat the pizza.

What’s the right way to slice a pizza? The way the customer tells you.

How do you make sure that you get a homemade pizza just right? Remember to switch the oven on before you’re going to put it in. 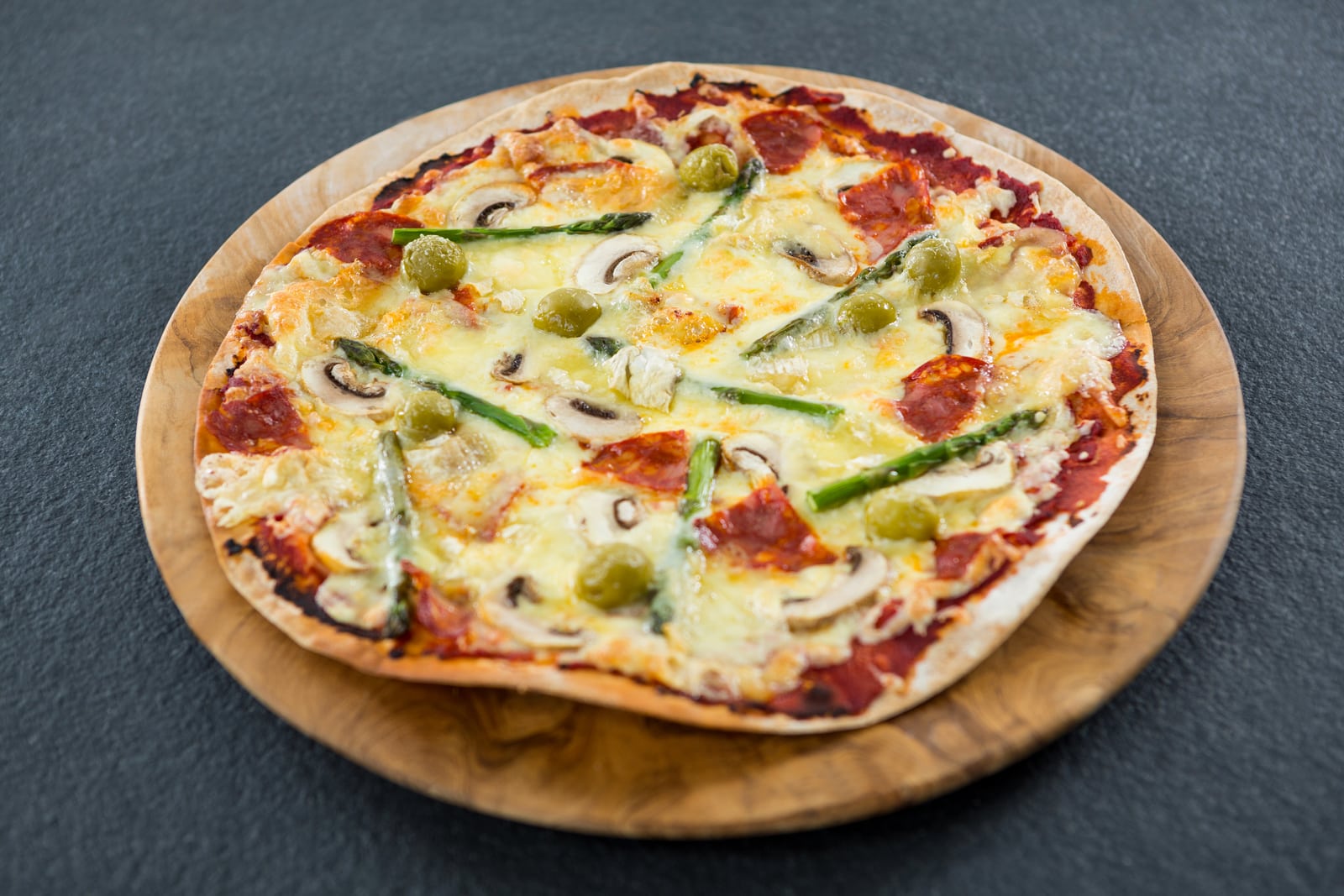 What’s the most dangerous ingredient that you could choose to put on a pizza? Cyanide.

What’s the worst type of cheese that you could find on a pizza? The expired kind.

Why should you always ask a church about their pizza? Because they believe in the power and redemption of cheeses.

What’s the most expensive pizza you could hope to buy in Italy? The wrong one.

How do chefs learn to flip dough so well? It’s something they’ve all trained for at the dough-jo.

How do you make a proper three cheese pizza at home? You find a job that pays you better.

How can you tell that your pizza has been made with fresh ingredients? You can see it in their eyes.

What’s the recommended cheese to use for pizza according to official dietary guidelines? The kind that melts.

Why are wood fired ovens recommended for making pizza? It’s very hard to mess anything up in the kitchen when you start the process with your oven on fire.

What do you call a pizza that has five types of cheese on it? A mess.

What’s usually the most expensive type of pizza that you can make at home? Your first one.

How do you make a mini pizza even better? You put it back.

Why is it called Domino’s Pizza? Because if you take it to the statue of Jesus in Rio, it floats up to the sky.

What’s the right way to make a frozen pizza? Well, first you’ll have to buy it.