Whether you have a kid or an adult yourself, you’ve probably heard of one of the most popular and addictive games – Angry Birds. You can play Angry Birds anywhere and at all times, but what you might not know is some interesting facts about these characters, so let’s get into it. 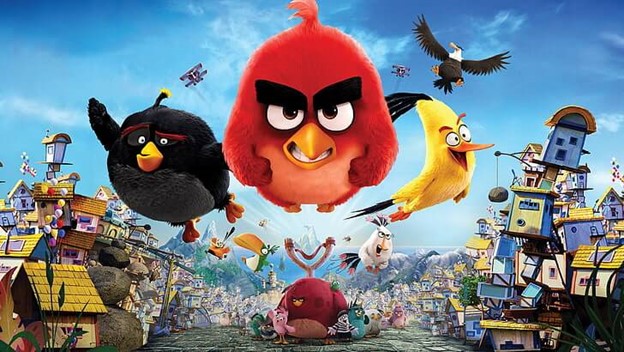 How Many Angry Birds Characters Are There?

There are 14 Angry Bird characters both in the movies and in the games. Each bird is unique and has extraordinary traits that make them stand out from the rest. However, there are some which might be more familiar, such as:

Who Are the Angry Birds Characters?

Funny enough, the characters in Angry Birds are not just birds. There are also pigs and other animals, though none of the characters say anything; they chirp or grunt. The group of birds in the Angry Birds series is called The Flock, who live on Piggy Island, and they have to fight the Bad Piggies because they want to steal their eggs.

However, three specific angry birds have appeared in games, cartoons, or movies. These birds have extraordinary abilities, and they’re some of the favorite Angry Birds characters that everyone seems to love.

Red is the group’s outcast but the most responsible of all. He’s always angry and bossy, though he tries to protect the eggs from being stolen by the Bad Piggies.

He has two red feathers on his head and three other black feathers on his tail, hence the name Red. Here are some characteristics that distinguish him from the other Angry Birds:

Chuck is the yellow triangular-shaped bird who is extremely fast, arrogant, and selfish. His constant chatter gets him in trouble, but he is quick enough to get out of those situations. However, now his shape resembles a banana, so he was almost entirely redesigned. His most unique traits are:

The Blues–also known as Jim, Jake, and Jay,– are the mischievous trio of Angry Birds, always pulling pranks, which makes sense as they are the youngest in the flock.

Though they are all pranksters and look identical, each have different personalities. For example, Jim is very kind-hearted, Jake is the ultimate prankster, while Jay is confident and the smartest of the group.

Unlike other birds, they have no eyebrows or chest feathers. Some prominent appearance and personality traits of the Blues are:

Who Is the Main Character in Angry Birds?

Red is undoubtedly the main character in Angry Birds, though deep down, he’s a cool angry bird responsible for all the birds. He’s a bit of an outcast because of his cynicism, which has kept him distant from the other birds. Since most of the birds are the happiest birds imaginable, it makes sense that Red doesn’t fit in. Even though he acts rude, he doesn’t accept it but wants the birds to accept him.

Red shows his compassionate side when he takes good care of the three eggs he finds on Piggy Island (The Blues!), unwilling to let go of them once. He strokes them and tells them bedtime stories, becoming like a father figure.

Who Is the Angriest Bird in Angry Birds?

It’s evident that Red is the angriest bird in Angry Bird, and as you’ve come to learn already, his rude and angry attitude puts him at the top of the list.

Growing up, Red would be frustrated at anything, no matter how nice the other birds were towards him. Sometimes, Red is seen cursing at himself, but it is to be praised that he has admitted that he sometimes suffers from anger issues.

Though Red might be the angriest bird, he is always grateful and appreciative.

The ladybirds of Angry Birds are a group of strong female characters, each with their distinctive strengths and weaknesses. They represent women being heroic and empowered, but there’s nothing stereotypical “girly” about these characters, which we love most.

The most famous female birds are:

The male characters in Angry Birds also possess distinctive personality traits, and they have different shapes and sizes – an all-inclusive bird group. Some of them are rude and angry all the time, while others are more laid-back and carefree, but that’s what makes them unique.

Some of the most popular male characters are:

How Old Are Angry Birds Characters?

Although Angry Birds characters are not identified by their age, they can be ranged from the oldest to the youngest.

The oldest bird is Shirley, who only appears in two movies, while Luca, who resembles the Blues a lot, is the youngest of the flock. The Blues are also relatively young since Red is the one who saves their three eggs from the Piggies.

The oldest of the group most probably is The Mighty Eagle as other birds grew up with tales about his adventures when he was young.

Who Is Red’s Girlfriend in Angry Birds?

Believe it or not, Red does have a girlfriend! Stella–Red’s girlfriend– is an independent bird who enjoys her freedom and wants to be left alone, especially by Red (such a romantic relationship!).

She is a young, playful addition to the flock who proved herself brave when she suggested being slung on the slingshot. She is a popular bird with lots of friends; however, Gale is considered her best friend.