These wickedly good witch puns, one-liners, and jokes will leave you in stitches. We promise you’ll fall under their spell and have a great time reading them. 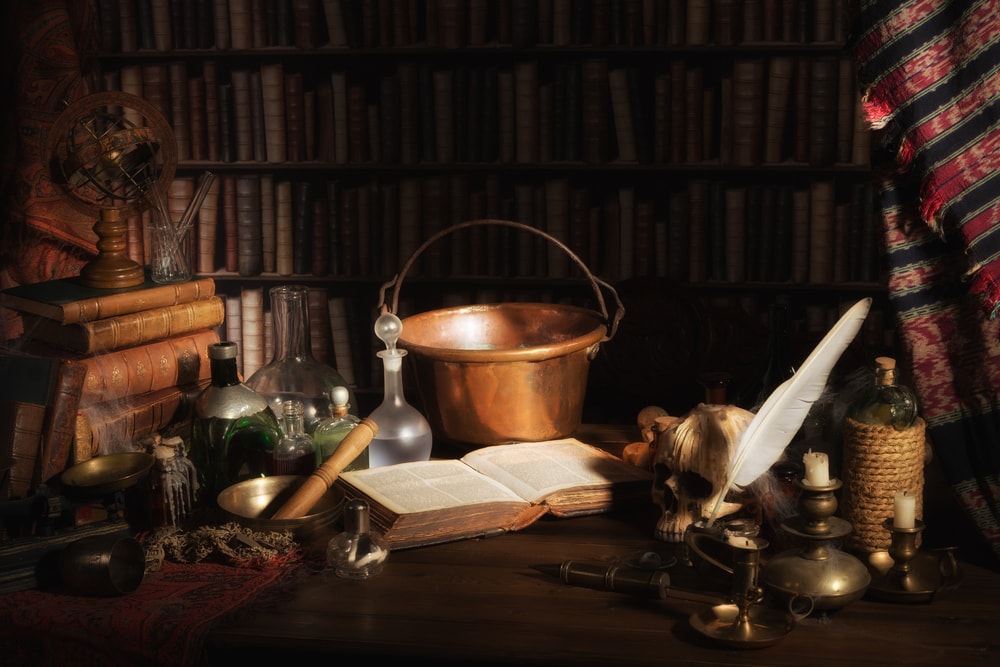 Life’s a witch, and then you die

The witch is back

We’ll be witcha in a minute…

No charm, no foul.

Witch you were here.

When you witch upon a star…

Of all the costumes you’ve tried on this year, Witch is your favorite?

Witching you all the best Halloween ever.

Come witch me. You’ll be in a place of pure inebriation.

Wanna hop on? I’ve got a broom with a view.

Riding on broomsticks with the crew to make a clean getaway.

So happy to have all these brew-tiful witches in my coven.

I’ve found dressing up like this has truly been an en-witching experience.

You know how it goes, payback’s a witch.

Flipping the s-witch this year for Halloween.

Check out my super o-witch-inal costume.

Here are your new favorite rags to witches story.

Halloween is my favorite celebration, of curse!

I’m getting first place at the Spell-ing Bee.

Time to spell the beans!

I’ll make you an offer you chant refuse.

Well, I knew I had a good sense of spell.

Witches bring a new meaning to the word ‘wand’erlust.

I’m not a punny person, but this Halloween, I’ll make a hex-ception.

You could say I’ve Occult-ivsted the best coven around.

I have the best broommates in college.

So grateful all these witches have coven-to my life. 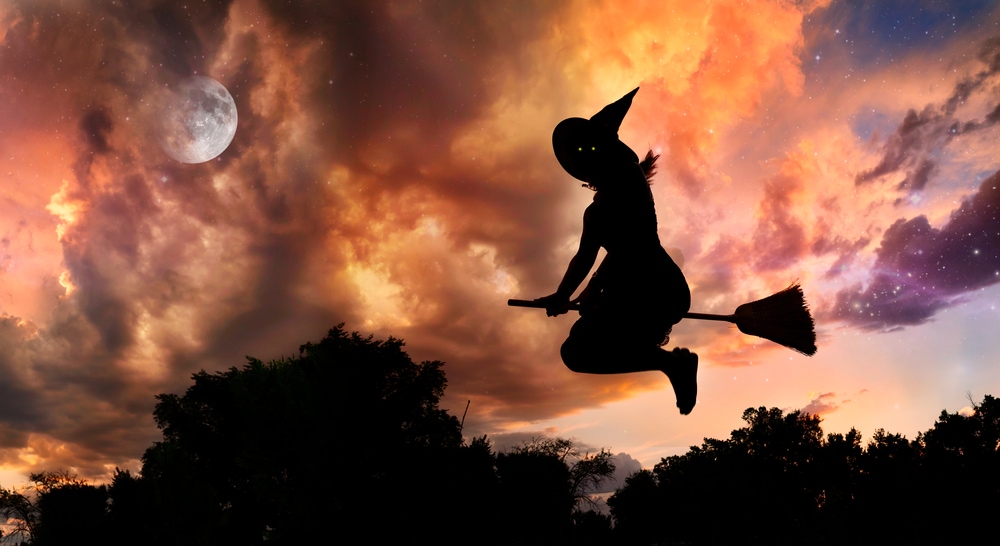 What do you learn in witch school? Spelling.

What happened after the angry witch after sitting on her broomstick? She flew off the handle.

Why couldn’t the witch read the spellbook? It was written in curse-ive.

What did the witch say to the girl? Bewitcha in a minute!

What do witches put on their bagels? Scream cheese.

What is a witch’s favorite attraction at the fair? The scary-go-round.

What noise do witches’ cereals make? Snap, cackle, and pop.

What do you call a poor witch that won the lottery? Rags to witches story.

What did the witch ask the ghost? “Witch way to the Halloween party?”

What do you call witches living in the desert? A sand-witch.

What happens when witches break the school rules? They get ex-spelled.

What is a witch’s favorite makeup? A ma-scare-a.

Why did the hotel staff dress up as witches for the Halloween party? Because they provided broom service!

How do you make a witch scratch? By taking away the ‘w.’

Why did the witch visit the doctor? She was having dizzy spells.

Who turns the lights off on Halloween? The light’s witch.

What sign is in the witches’ parking lot? Violators will be toad.

What do you call witches living together? Broom-mates.

What do witches put on their hair? Scare spray.

Why did the witch’s cat scratch her? Because he was in a bad mewd.

What do witches’ cats enjoy for breakfast? Mice crispies.

What desserts do witches give her cat for dessert? Mice-cream.

What did one witch’s feline say to the other cat? You look familiar.

What did the mommy broom say to the baby broom? It’s time to go sweep.

How do witches play loud music? On their broom boxes.

Why was the broom late? It over swept.

Why do witches ride broomsticks late at night? That’s the time to sweep.

What did one witches broomstick say to the other? Did you hear the new dirt?

What do you call the witch who crashes her brooms? A wreckless hag.

Why did the witch place her broomstick in the washing machine? She wanted a clean sweep.

Why did the witch team lose the baseball game? Their bats flew away.

What do you call a witch’s garage? A broom closet.

How do you know if a witch is carrying an explosive device? You hear her brooms tick.

What do you call a fast broomstick? A vroom-stick.

How did the witch invite the man to take an evening ride on her broomstick? Voodoo like to ride with me.

Cats prefer wizards to witches because sorcerers often have milk in them.

Witches get excited to decorate their cauldron because their favorite hobby is witchcraft.

Witches always have sore joints because they have broom-atism.

Someone who doesn’t become a witch until later in life is a late broomer.

The problem with dating twin witches is you never know witch is which.

What do you call witches with chickenpox? An itchy-witchy.

When you ask a witch the time they check their witch watch.

The best place to search for information about witches is wicca-pedia.

The witch lost her way because her hat was pointed in the wrong direction.

Witches always fly on broomsticks because they want to make a clean getaway.