Are you ready for some bone-shaking comedy? Check out these skeleton puns, one-liners, and jokes. We’re sure they’ll fracture your bad mood and shake up your numb-skull. 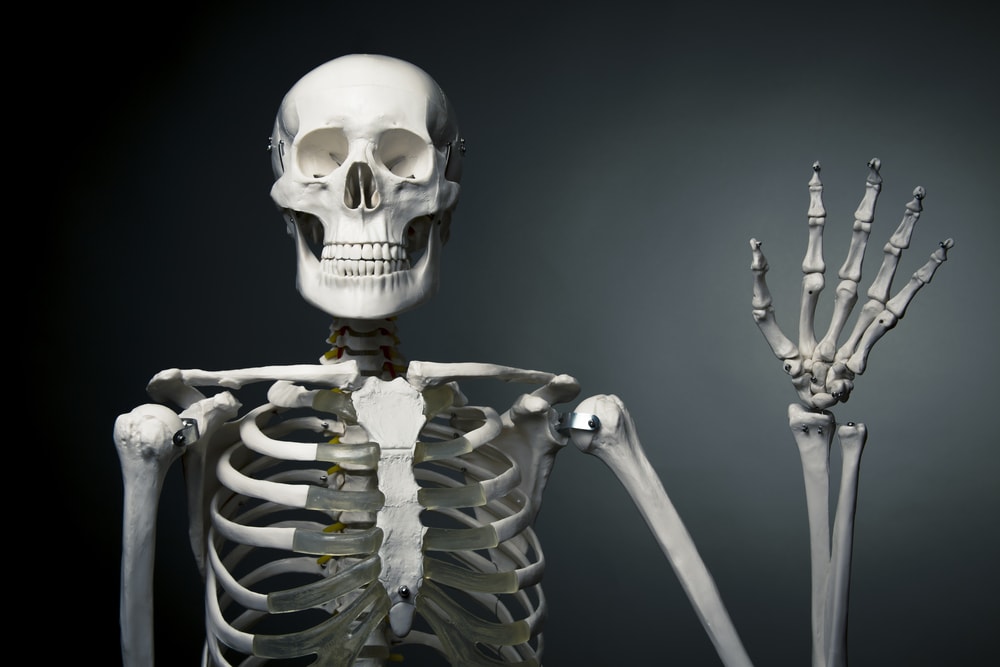 A skeleton in the closet.

A bone to pick.

Dry as a bone.

Chilled to the bone.

Close to the bone.

HDoesn’t have a jealous bone in his body.

Feel it in your bones.

Work my fingers to the bones.

You’ve bone it out of proportion.

A star is bone.

Bone under a lucky star.

I want to be a-bone.

It’s bonely at the top.

These skeleton puns are not very humerus.

Not all it’s cracked up tibia.

This guy is very skullful.

I will skull-pt this character.

As if there were no to-marrow.

Never put off until to-marrow what you can do today.

Put a spine-ner in the works.

Back to the jaw-ing board.

Jaw a line in the sand.

Luck of the jaw.

Made of sternum stuff.

From stem to sternum.

Sternum in to the police!

In the backbone of my mind.

Get off my backbone.

A backbone to pick.

Bad to the backbone. 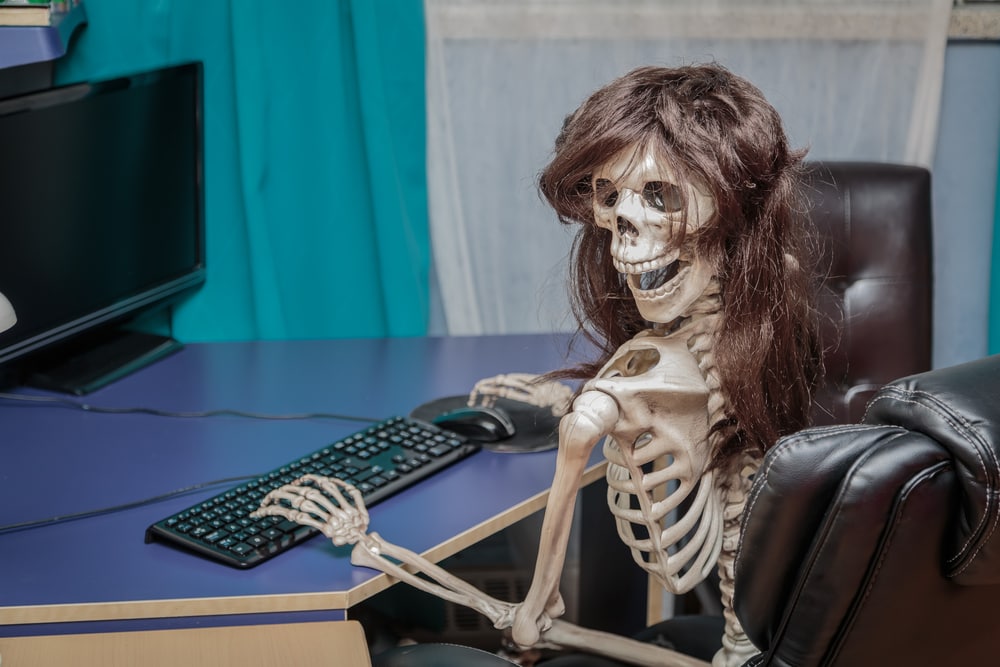 ekeletons are known to be extremely lonely in general because they have no body!

Skeletons don’t lie. They speak the truth because they want tibia honest!

I saw a skeleton starting a fight. So I asked why to which he replied that he had a bone to pick!

Skeletons have an amazing trait of staying calm under tense moments because no one can get under their skin!

Skeletons love to be stylish and cool. They are hip-ster.

The best way to describe a skeleton having the best time of his life is by saying that he is having an osteoblast!

I saw this skeleton who was a famous stand-up comic. All his jokes were extremely humerus!

The police arrested the criminal skeleton and imprisoned him in a rib cage!

Once, a skeleton decided to take a stroll in the wild jungle, he was chased by a couple of greyhounds. He marrowly escaped the dogs!

The skeletons that were given the task could not complete it on time because it was a skeleton crew!

There was a skeleton who failed his examinations in school because he was a numskull!

A group of skeletons attended a gala dinner. They started their feast by saying bone Appetit!

A scared skeleton finds it hard to look at others because he doesn’t have the stomach to see them!

There was a skeleton who found his spine funny. Whenever it was funny, it started to crack up!

Skeletons get quite sick on especially windy days because the wind goes right through them!

There was a skeleton who lied to his friends. His friends named him ‘phony-ba-boney’!

Legless skeletons avoid arguments because they apparently don’t have  legs to stand on.

The skeleton found it challenging to get out of bed as he was bone-tired!

A skeleton went to the hospital to sign up to donate his body to medical sciences. The doctor asked the skeleton to spine on the dotted line!

There was a botanist skeleton. His favorite tree was a bone-zai.

Once, two skeletons had a conversation. One started stretching the truth in their story, the other said, “Is that a fib-ula?”

People understand when skeletons lie. Everyone sees right through them.

There is a special train service delivering skeletons mail. It is called the bony express.

Upon producing very good results at work, his manager gave the efficient skeleton a bone-us.

When the small skeleton wasn’t studying for his examinations, his father scolded him, saying, “Why are you not boning up for the exams?”

Why are skeletons so calm?

Because nothing gets under their skin.

What do you call skeletons with no friends?

What was the skeleton doing attending the hockey game?

He was driving a zam-boney.

What candy sent the skeleton straight to the hospital?

What do skeletons say when they take a cruise?

What do skeletons hate about the cold wind?

Nothing. It goes right through them.

What is a skeleton’s favorite instrument?

Why didn’t the skeleton rob the bank?

Because he didn’t have the guts.

A sax-a-bone.Why did the skeleton climb the tree?

Because the dog was after his bones!

What is the skeleton’s favorite type of film to watch?

Who is the most famous French skeleton?

Why didn’t the skeleton play football?

His heart wasn’t in it.

Because they have no organs.

Who won the skeleton beauty contest?