The world consumes millions of cheeseburgers by the minute. It’s certainly one of the most popular foods on Earth – and it’s not difficult to see why. The world is kind of shaped like a type of cheeseburger. Here are some of the best burger puns you’ll find anywhere since sliced bread with cheese.

Why are cheeseburgers one of the world’s most popular foods? Because caviar isn’t.

How do we know that cheeseburgers weren’t invented in Texas? Because they aren’t deep-fried by default.

How do we know that cheeseburgers don’t originally come from Wisconsin? Because they don’t use the whole cow.

What’s the most popular cheeseburger in the world? The one everyone can figure out how to pronounce when they’re trying to order.

What’s the wost type of burger you could order in a restaurant? The one that you can’t afford.

How do you make sure you can always enjoy a cheeseburger the most in a restaurant? Take your own earplugs along.

How can you tell that you’re eating a vegan cheeseburger? The size of the bill that comes at the end.

How do you make someone a cheeseburger that you can guarantee they’ll enjoy? With a ransom note.

What’s the difference between a cheeseburger and an egg burger? Just how long you can let it stand outside before it goes off.

What’s the most important type of burger in Japan? I’m not sure, I can’t speak Japanese.

How do you start to make a traditional Chinese cheeseburger? Start by asking someone who understands Chinese to read you the recipe.

How do you know that a burger is too raw to serve? It still has the eyes.

What do you call a cheeseburger with a piece of pineapple on it? Trying too hard to be something it’s not.

How do you cut a burger the right way? By not doing it in front of the rest of its burger family.

What’s the right way to order a cheeseburger if you’re in France? Try doing it in French.

What’s the worst way you can have a cheeseburger? Up the ass.

Who is one of the most important pioneers of the flame grilled burger recipe? Guy Fawkes.

What’s the most important thing that a restaurant burger should be according to food experts? Cooked in the first place.

Why are raw chicken burgers so extremely dangerous? Because the chickens are still fighting on the way up.

Why did cheeseburgers only become popular in the last century? Because we didn’t have the tools to catch this many of them for popular demand before.

What do you call a good vegan burger? A myth that all chefs have apparently heard about but none have successfully made.

Why are burgers meant to fit in one hand? So that you can hold two of them at once.

Who holds the record for eating the most cheeseburgers in a minute? Probably your mother, I’ve heard she doesn’t choke on anything that easy.

What’s the correct way to eat a cheeseburger? With some compassion for the friends and family it left behind. 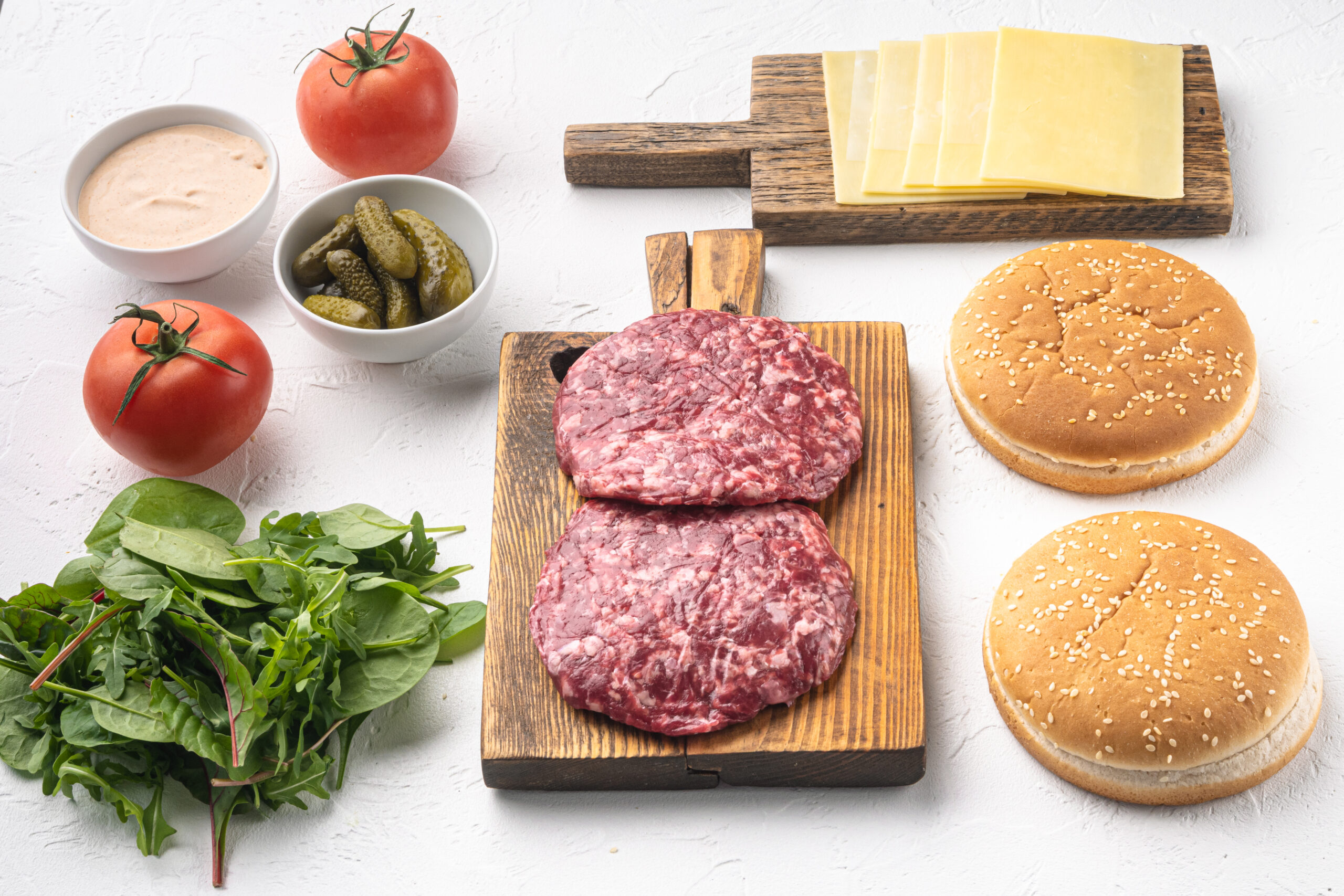 What do you call a chef who finally learned how to make the perfect cheeseburger? Dead.

Why do people prefer flame grilled burgers in some regions of the world? So that the meat can be guaranteed safe.

What’s the worst thing you can put on a cheeseburger? Anything that isn’t made of cheese or burger.

Why did the cheeseburger go to jail? Because it was contraband.

What’s one of the worst ways you can eat a bacon and cheese burger? As a last meal in prison.

Why was the cheeseburger first invented? So that we could fit pieces of cows and other animals between slices of bread.

My boyfriend and I are never going back to that restaurant on the Strip ever again.

Oh, no, what happened?

We wanted to order a vegetarian burger, and they didn’t want to lettuce.

What’s the most difficult thing to do when you’re making a vegan burger? Realizing that you’re going to have to eat it when you’re done making it.

What’s the right way to prepare a cheeseburger? Take it aside and tell it that it’s going to be eaten and enjoyed, so that it’s ready for what’s going to happen next.

What’s the right way to eat a cheeseburger? Any way you like.

How do you know that you’re eating the most expensive cheeseburger you can find in the entire restaurant? The gold leaf.

What do most people have with their burgers at casino restaurants? The same as everywhere else – chips!

What’s the most important ingredient you could add to a vegan burger for the right taste? The meat.

What’s the worst thing you can do with a vegan burger according to most chefs? Make and/or eat it, you really shouldn’t.