Chess is a game of masters, played by barbarians. These chess one-liners, puns, and jokes are great for telling your opponent to get them to drop their guard. 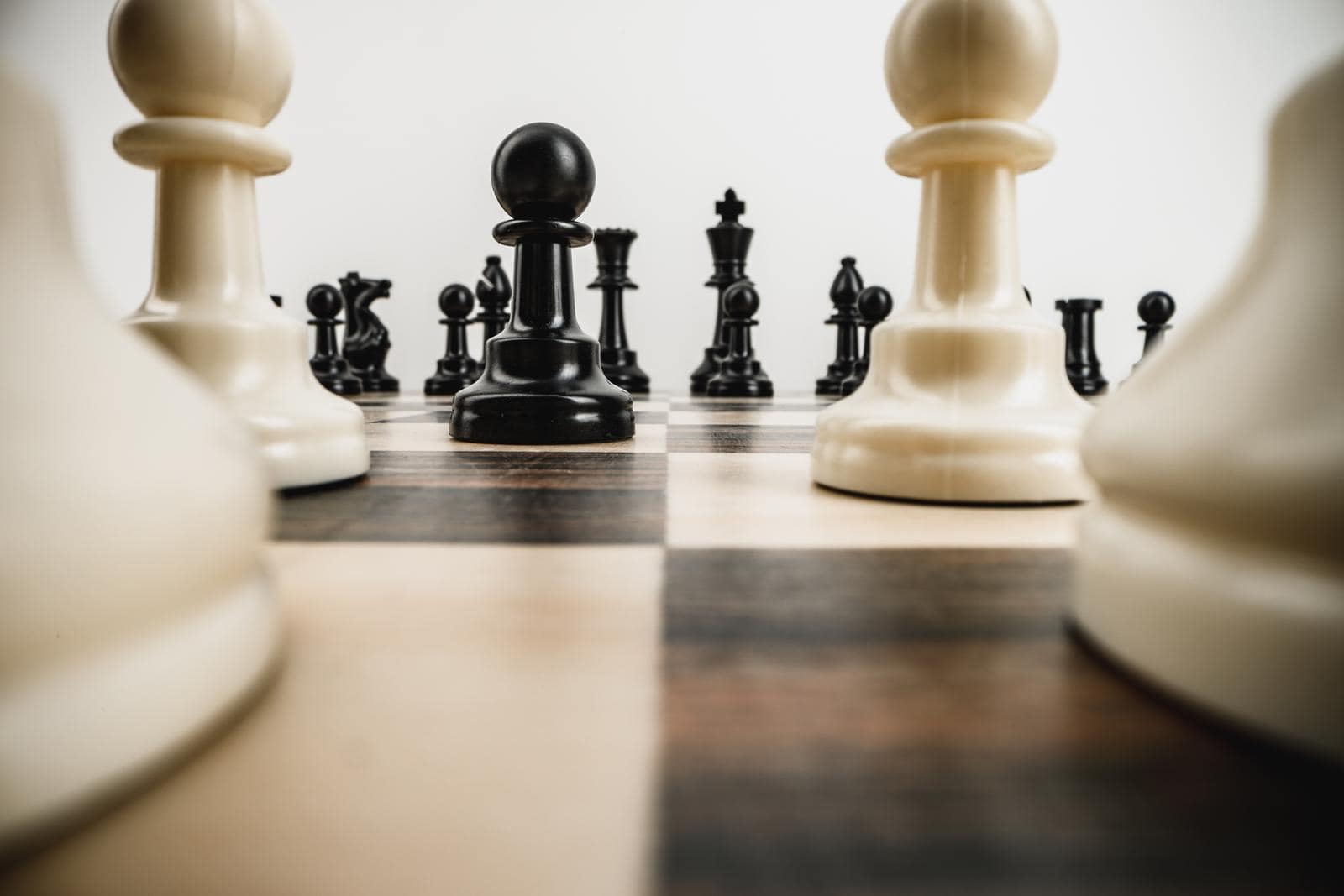 Never buy a chessboard from a pawnshop.

A chess master’s favorite starter at the restaurant is a Pawn cocktail.

I love listening to music when I play chess at knight.

I bought a blank chessboard and gave it to a friend for him to check it out.

There are no gray areas in chess. Everything is black and white.

When British chess players finish dinner in a restaurant, they say, “Cheque, mate.”

When the Slovak chess player finally found his best friend working in a bar, he found a Czech mate.

I beat my friend at chess today. He knew he couldn’t win, but he wanted to check just in case.

When pirates beat other pirates in chess, they shout, “Check, matey!”

The pons is the major part of the brain used to play chess.

I’m medieval when playing chess because I always go straight to the castle.

Bob Seger loves the game of chess. He wrote a song titled ‘How the knight moves.’

A favorite movie for chess players is ‘The Dark Knight Rises.’

When you must move the knight in chess, you have to take an L.

A combination of chess, “Connect Four,” and “Battleships” is called rook, line, and sinker.

When I studied chess, I tried to make my first move with the castle. It was a rook-ie error.

Miyazaki’s favorite chess piece on the board is Howl’s Moving Castle.

Chess masters are great at boxing because they have a mean right rook!

The white bishop in chess is the fastest chess piece because it sits on F1.

When I saw a bird playing chess, I asked, “Toucan play that too.”

A chess master is good at dancing and karate because he has good moves.

A funny name for someone great at playing chess and checkers is Ingrid.

The rook is my favorite no-nonsense chess piece because it’s straightforward.

I got my son a chessboard for his birthday because he’s gifted.

Before I play chess, I always say, “Reti or not, here I come!”

I stopped playing chess for a few years because I got board with the game.

When chess players travel on the subway, they use their knight-pass to take the L-train.

I asked my Australian college if it had a chess club. They told me they would check, mate.

How come cows don’t play like to play chess? They can’t make mooooooves.

How come chess players have so many kids with their partners? They mate often.

Where’s the worst place to buy a second-hand chess set? At the pawn shop. 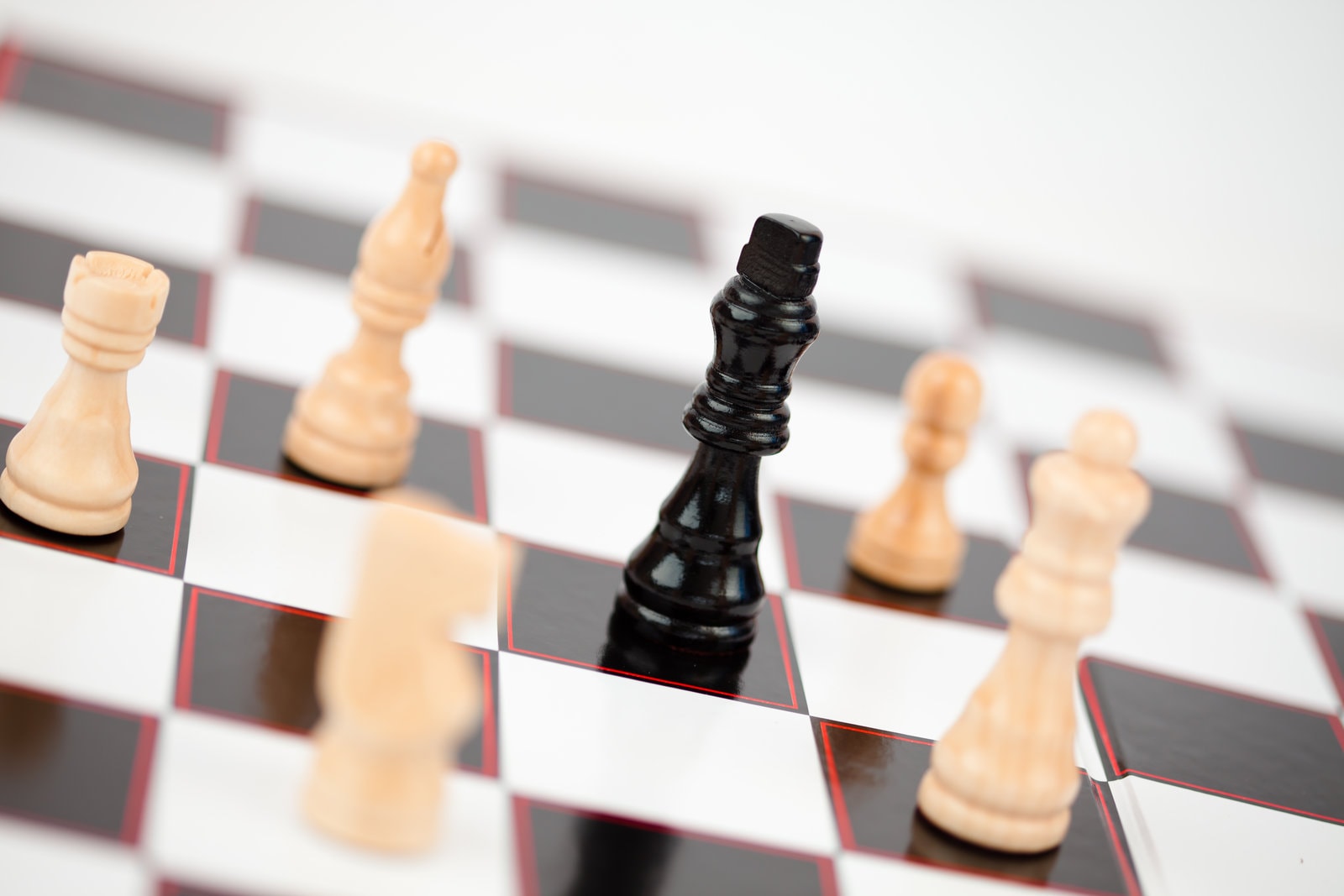 Have you seen my girlfriend? I must have misplaced my queen after a chess game. I’ll need to check.

When the chess master told his daughter a bedtime story, he started with, “Once a pawn a time…”

I visited my old friend, the chess champion, and he asked me why I was snooping around his property. “All I did was check, mate,” I said to him.

When my friend asked if all the pieces were in the chess set I sold him, I told him to check, mate.

My boss owns a business selling new chess sets. When we ring people up at the register, he’s my checkmate.

When someone asked Paul if he wanted to take the white or black, he answered, “Who Keres? I’ll win this game for sure.”

If Bobby wrote a Holy book on chess, it would state, “Please follow me. I’ll make you a Fischer of men.”

Someone asked me how I would pay for my new chessboard. I replied, “By check, mate.”

Customer: Check, mate. Waiter: Checkmate? Customer: Can I have the check, mate?

When I started playing chess, I tried to move the Queen first. What a rookie mistake.

I recently ran into an old friend again. He happened to be a chess master. I asked him how he was keeping. I like to check in on a mate.

A Slovak chess master looked high and low for a chess partner. He was over the moon when he teamed up with a Czech mate.

A team of chess players talked about their wins while hanging out in the hotel lobby. It was like watching a bunch of chess nuts roasting each other.

When I started learning the history of chess, I couldn’t help thinking it had a checkered past.

I played my friend in a chess game. She didn’t think she could win, but she wanted to check he skills anyway.

“I’ve created a chess computer program that mimics how humans play.” said the computer science major. “So it plays natural moves on the board?” asked his professor. “No, it blames its loss on the conditions outside!”

Two friends were talking, and one said, “So, last night, I had Magnus Carlsen over for dinner.”

The other replied, “Cool! How was it?”

“There was a checkered tablecloth, and it took him an hour to pass the salt.”