A group (we’d say, more than three) crows that stand or fly around together is called a murder: if that’s not enough for you, then take a look at some of these great crow jokes and puns that are just about enough to murder you with laughter. Here we go!

How do you know that someone on the internet might be a crow? Because if they’re not a furry, they’ll probably be something else.

How do you make a crow angry? Well, you really shouldn’t.

How do you teach a crow? Usually faster than you would be able to teach a small child anything.

What do you call an orange crow? One that’s accidently flown straight into a fire.

How do we know that crows are smarter than children? Because more children die every year from electrocution accidents than crows.

What’s the main difference between a crow and a pigeon? The intelligence.

What do you call four crows who gather together outside your window? Getting ready for a bridge game.

What’s the difference between a house crow and a common crow? Where you find it.

Why do crows store little bits of the food they hunt in trees? Because they don’t own cupboards or freezers.

Which world continents don’t have crows? The cold ones.

How do we know that crows are one of the most curious types of animals in existence? Because they won’t stop asking questions.

Crow Jokes for Everyone

Why do crows eat some types of insects? Because humans have had years to learn how to hide.

Why did the crows go to jail? Murder.

How can you tell the difference between a crow and a seagull without looking at either of them? The taste.

What should you do if you find a crow nesting on the top of a church? Pray.

What do you call a crow that got lost in your apartment building? An Uber so they can find their way back home.

How do you call a crow? Politely or they’re not going to answer you.

How do we know that crows have funerals for the other crows who have died? Because they’re always dressed in black.

What do crows eat? Whatver they want, it’s a free country. 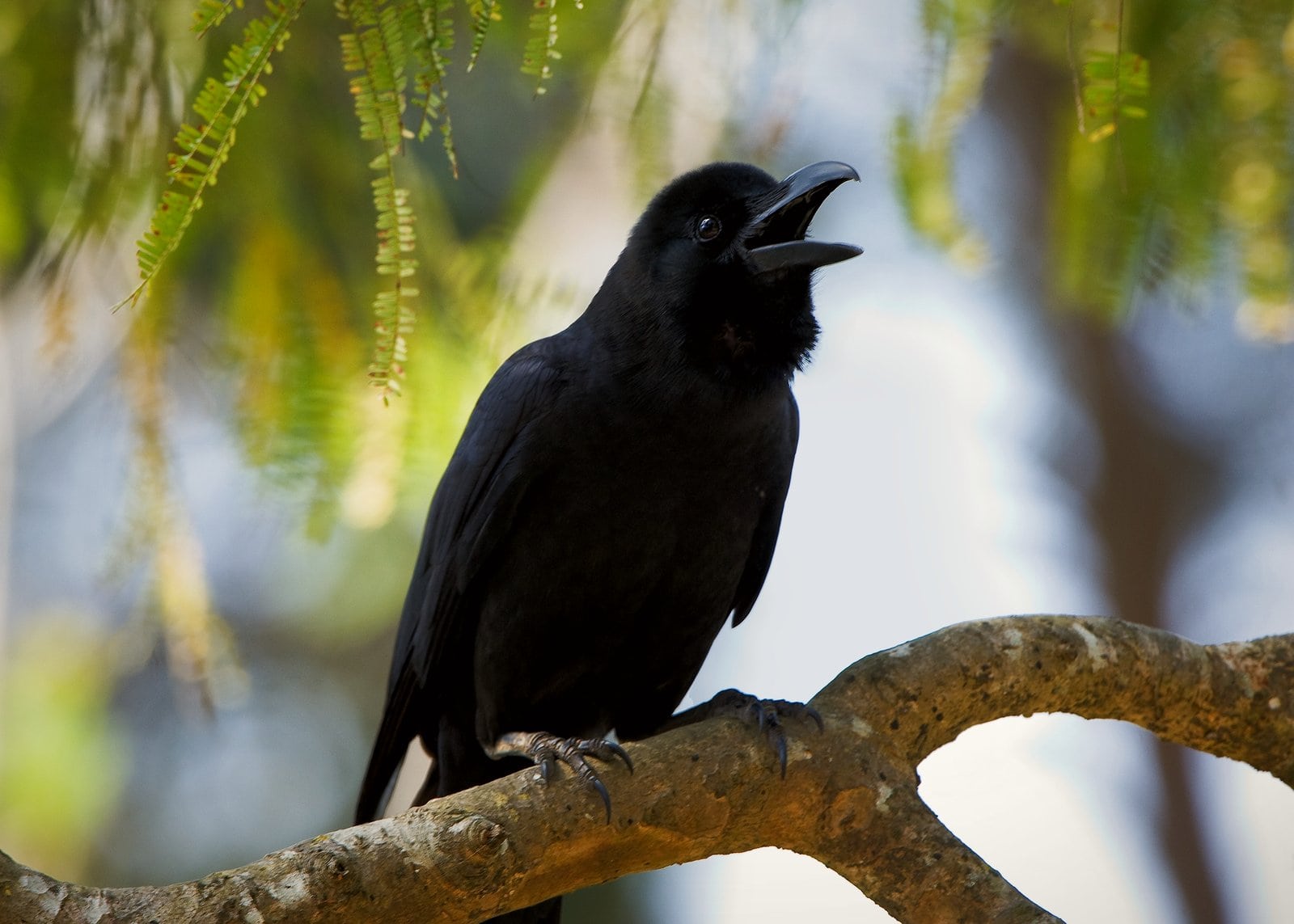 Why can crows fly? Because humans can’t.

Where can you find a mob of crows hanging out? Usually somewhere at a local crowbar.

How do we know that some crows engage in homosexuality? Because some crows told us.

Why did the crow have to stay inside for six to eight weeks? Because he was diagnosed with CORVID-19 and didn’t want to make any of his coworkers sick.

Why don’t corvids watch The Crow? Because it’s the movie where a crow gets shot.

What do you call a group of crows perched outside your house? A little suspicious.

Why do crows travel in large numbers? Because anything else would be unsafe.

How do we know that a crow is about as intelligent as a three year old child? Because when tested at match, they plucked a three year old’s eyes out and then solved the equation.

Why did Alfred Hitchcock choose crows for his famous movie The Birds? Because somehow he couldn’t make chickens angry enough to play along with the script.

Why do crows sing and stare outside your window sometimes? Because they’d like to have sex with you.

What’s the proper name for the common crow found in most cities and towns? Sir.

Where do crows fly for the winter? That’s none of your business.

Why do we refer to them as a mob of crows? Because of how they act when you’ve put pineapple on their pizza without telling them.

What was the crow’s favorite movie to watch? The Shining.

What’s the most important thing anyone should know about crows? How to never make them angry.

How do scientists know that crows are one of the most intelligent birds in the animal kingdom? They asked them.

How do scientists interpret what crows are saying when they’re in the wild? By using Google Translate.

What’s the most important fact that more people should know about the wonderful crow? That you should probably remove the feathers before you try to cook it.

What’s the difference between a crow and a chicken? The taste.

Why do some crows eat other crows? Because sometimes other crows are slower.

Who do crows love listening to the most and why? Johnny Cash, because he was the Man in Black.

What’s the difference between a raven and a crow? The way you pronounce it.

What do you call a crow that’s on a cruise ship? A crow that is lost.

Why are crows smarter than three year old children? Because crows know what your valuables are worth.

How do we know that crows mate for life? Because they’ll keep stalking you for years even after you’ve left.

What do crows like to listen to the most? Themselves.

What’s the difference between a crow and a chicken? You can’t take a crow to thanksgiving dinner.

How are a crow and a raven different? The amount of letters in each of them.

Why are a group of crows called a murder? Because of what they’re all thinking.