There are more than 200 species of owl worldwide, although we all know you just pictured the most famous owl of all time: Hedwig. Owls are great, but not just because they carry Wizarding Post around. What about the puns? Here are some of the best owl puns that are guaranteed to be a real hoot! 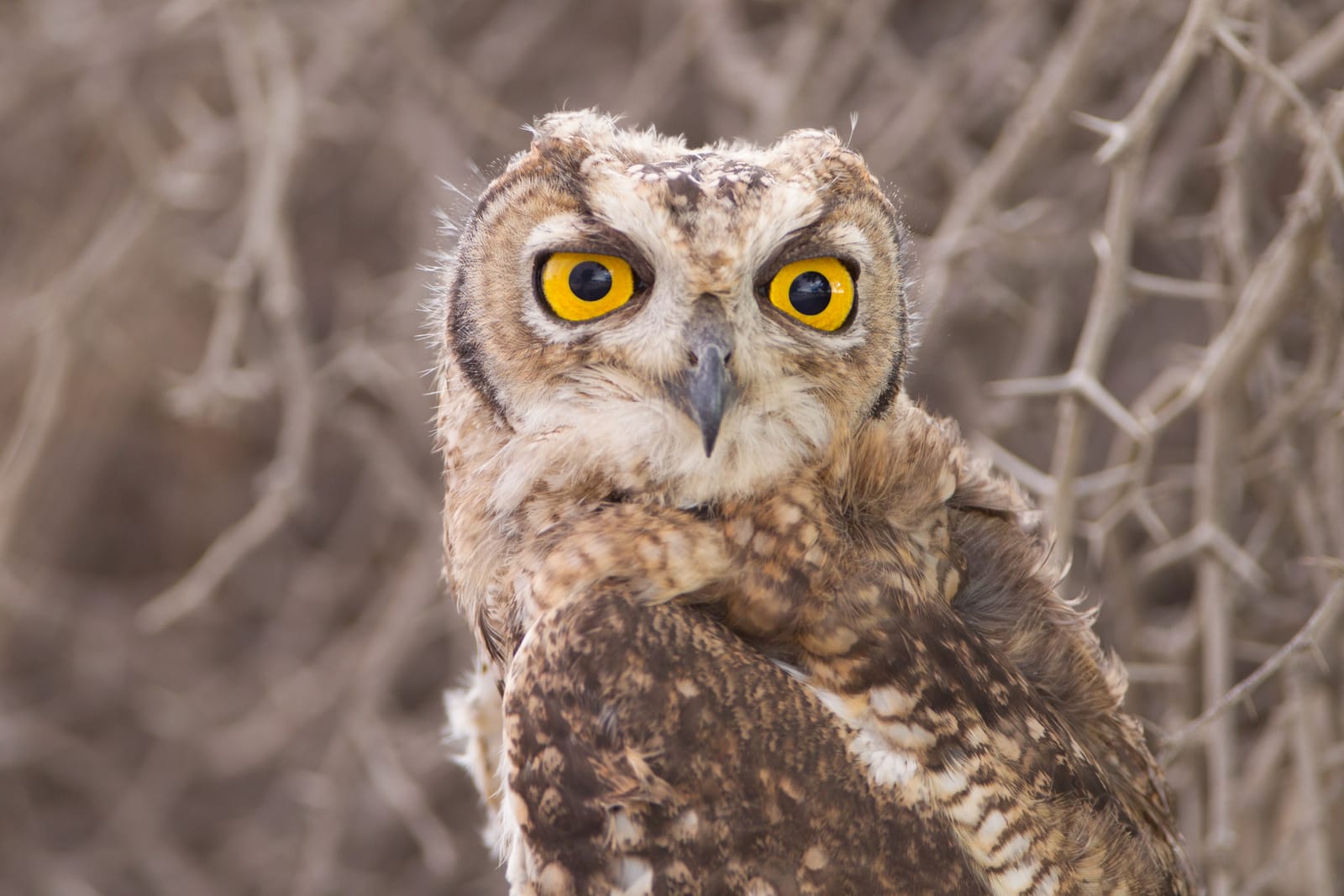 Why do owls fly anywhere? Because of the frequent flyer miles.

What should you do if you see an owl in the middle of the road at night? Hoot.

What do you call a firstborn owl? Preferably a nurse.

What’s the difference between an owl and Slenderman? There isn’t an owl sitting outside your window all night.

What’s the difference between an owl and a chicken? Technically, the power of flight.

Why did the owl cross the road? Because it was stalking the chicken.

Why do we refer to some people as night owls? Because we don’t call them day owls.

What do you call an owl that has no ears? Nothing, because they wouldn’t be able to hear you.

What makes an owl one of the most dangerous birds found in nature? A gun.

How does an owl defend themselves? Krav Maga.

Isn’t the owl just one of most beautiful creatures on the planet? Owl be the judge of that!

What should you do if you’ve just found a baby owl? Probably put it back where you found it.

What’s the most common mistake that people make when they find a wild owl on the ground? Accidentally stepping on it.

Why are owls one of the best animals to invite to an event? Because they’re always a real hoot at parties.

Why do owls mate for life? Because divorces are very expensive.

Why should you never buy your child an owl? Because kids never eat the whole thing.

What do you call an owl without any legs? Roadkill. 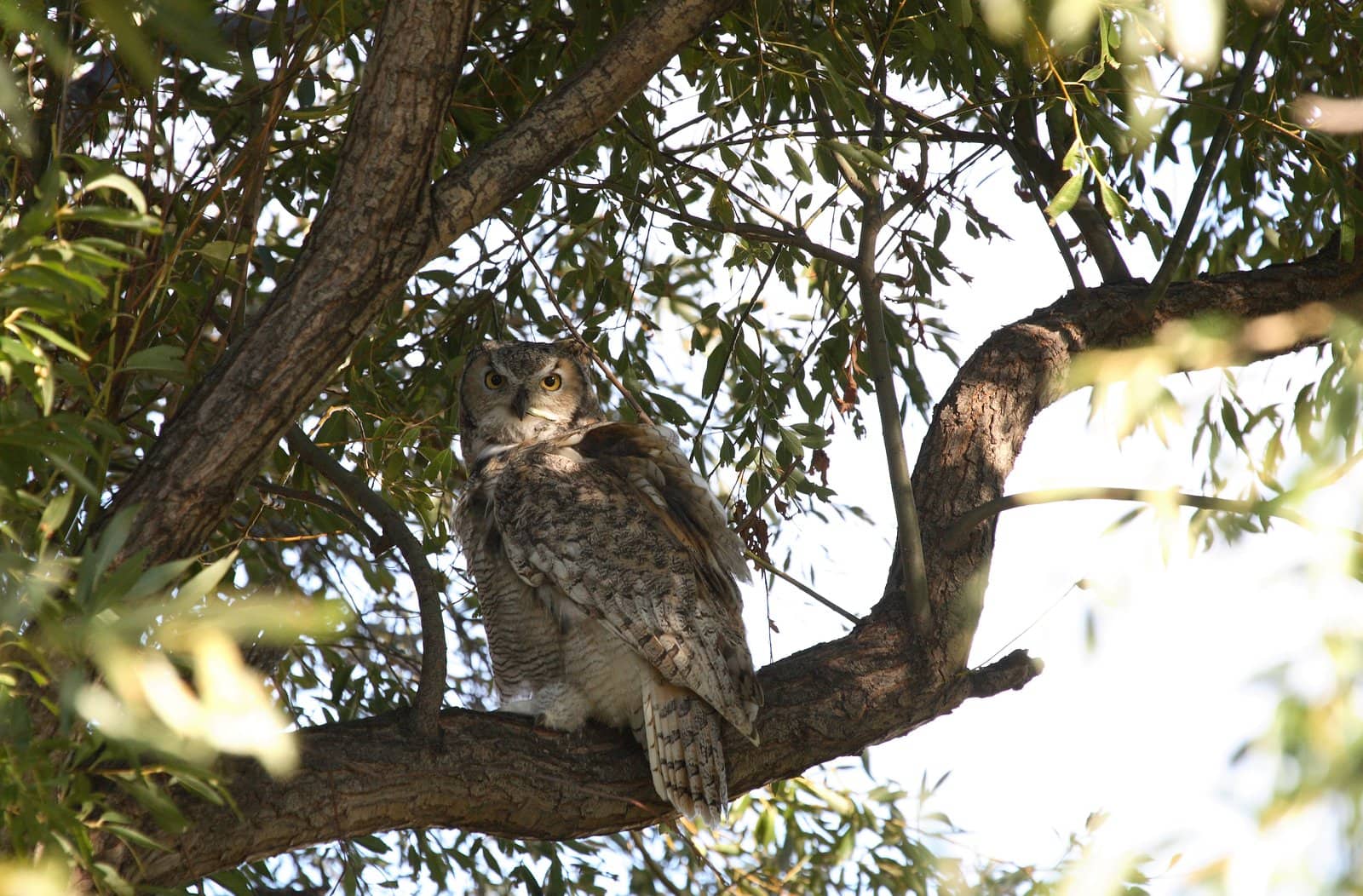 What do you call an owl plus 2? A towel.

Why do you only see owls come out at night? Because owls are actually descended from vampire bats.

What should you yell when you see an owl? Duck!

Why didn’t Hitchcock use owls for his movies? Because he couldn’t find any.

How do most owls fly? Business class.

What do you call a lost owl? Be nice and call it an Uber.

How do you upset an owl? Wear the same feathers to the party.

Which game should you never play with an owl? Target practice.

What’s the worst game you could play with an owl? Angry birds.

What should you do if you find an owl in your living room? Grow your hair, wear leather jackets and live the rest ofyour life as a bear in the forest.

Where can you usually find a wild owl? At a wild party.

What do you call an owl’s most dangerous predator? The rifle.

What’s the difference between something kinky and something obscene? Using an owl feather compared to using the entire owl.

What is the right thing to do with a lost owl? Probably a salad, it depends what else you’ve got in the house that day.

How do you make an owl angry? Sleep with his wife when he’s at work.

What’s the difference between an owl and a crow? The amuont of blood splatter.

What do you get when you cross a wild owl with a rattlesnake? A bloody mess.

What’s the worst part of cooking birds like owls? The noise they make.

What was the owl’s least favorite hobby? Taxidermy.

What should you remember when you meet an owl for the first time? How owls say hello in their language.

What’s the difference between an owl and a chicken? The taste.

What’s the difference between an owl and a pigeon? The power of flight.

What was the owl’s favorite band? Wings.

Why don’t we eat owls? Because they can fight back.

What do you call a naked owl covered in glitter? A very tired owl.

How do you quiet down an owl? Hide it in your jacket before you go through the airport scanner.

What was the owl’s favorite video game? Flight Simulator.

Why is the owl one of the world’s most ancient symbols for knowledge? Because they never stop talking

Why can owls turn their heads all the way around? Because they’re fans of The Exorcist movie.

Why don’t owls drive? Because they don’t need to.

Why are owls usually drawn wearing glasses? Because the artist wasn’t trying to draw a lion.

What should you make of an owl that just flew into your living room? A new display piece.

What do you call a suitcase that’s filled with owls? The wrong one.

What should you give an owl that keeps yelling at your window? A serious talking to.