Crows are one of the most interesting birds on the planet, and they come together in groups that are called a murder of crows… No kidding! Crows can be scary sometimes, but they can also be one of the funniest things you see flying through the sky this week.

Here are some of the best funny crow puns that will make you caw with laughter, including the best one-liner crow puns, crow knock knock jokes, crow name puns and crow birthday puns that you can find anywhere online. 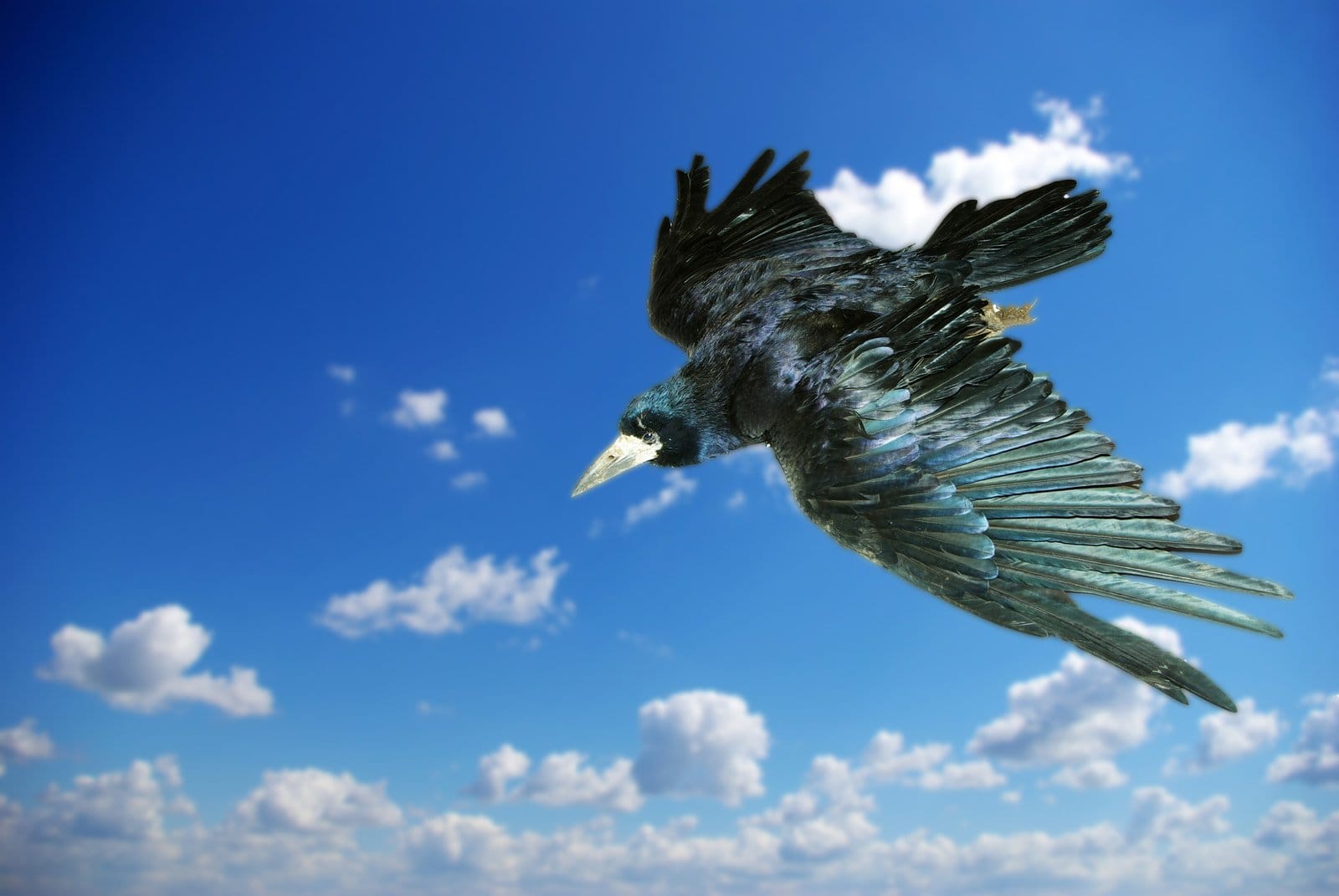 Where do the rough crows hang out? At the biker’s crow-bar.

Why did the crow cross the road? To join the other crow and start a murder.

Did you hear about the raven who wanted to make something of his life? He enrolled in caw-llege to get his law degree.

Which types of crows are best known to stick together? Vel-crows.

What do you call a co-worker who happens to be a crow? Your caw-league.

What do you call a loud murder of crows? A caw-cophony.

What do you call a crow who murdered another one? Guilty.

Why don’t crows like to fight one another? They don’t appreciate the caw-nflict.

What do you call a crow’s birthday party when nobody else shows up to join them? An attempted murder.

Why don’t crows get their bags checked when they go through customs at an airport? Because they prefer carrion.

What do crows love to eat? Crow-nuts.

What do ravens keep in their tool boxes? A crow bar.

Three police officers break down a crow’s nest and run inside with their guns drawn. “What do you think you’re doing?” asks the crow’s bewildered family. “Sorry,” the lieutenant says, putting his gun away. “We thought we heard probable caws.”

I can’t stop being followed by a crow the past week. I guess I should go to the doctor: I might have Corvid.

What’s the difference between The Raven and Animal Farm? The author of Animal Farm didn’t marry his cousin.

What was the raven’s favorite country musician? Cheryl Crow.

What’s the difference between the Queen of England and a horror movie? Forgetting the N when typing crown.

Happy birthday to you! You sure did crow up fast.

What do you call two crows in the back of a squad car? Arrested for attempted murder.

A man finds a miniature crow and takes it to show to his friends at the bar. “That’s the smallest crow we’ve ever seen!” one of them exclaims. “You have to name it something. What are you going to call it?” The man puts it down on the bar counter, picks up his drink and says, “It’s mi-crow.”

Where do ravens go to have a drink? The crow-bar.

Why does it take such a long time for a crow to get their bills paid? Their money stays in es-crow for a week or two. 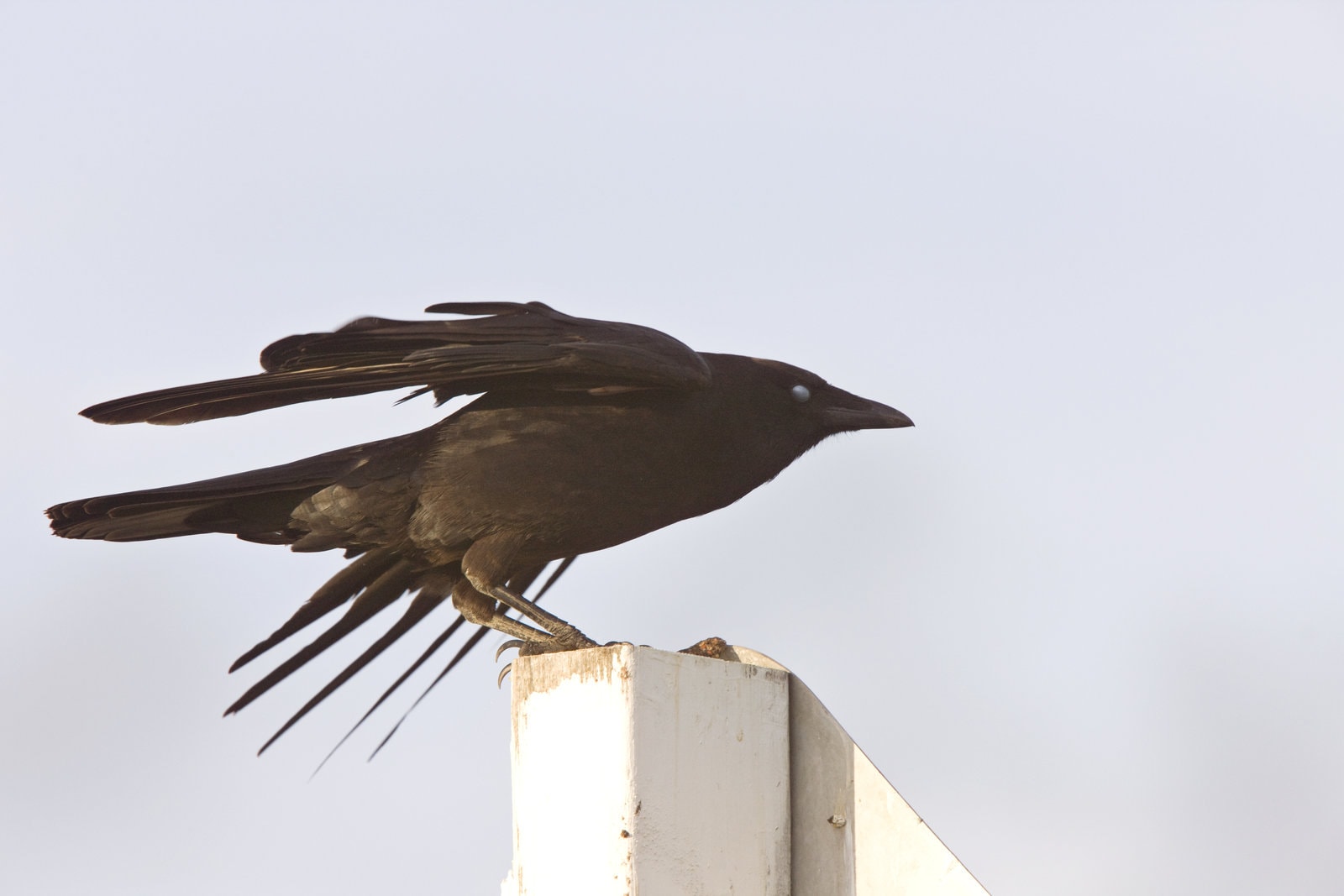 I went to the supermarket this morning and couldn’t help but notice a crow that won’t stop following me. Soon there were two crows, and when I looked again there were three. I called my psychologist and he said I should stop worrying about it: I just have delusions of murder.

What do you call a box with six crows? A murder case.

Crows have been flocking to the roof of the local parish every day for two weeks now. The congregation has been told not to worry about it, there’s apparently no caws for concern.

What do you call a group  of crows hovering over your kitchen? A tempted murder.

Did you know that crows get hit by trucks a lot more often than they get hit by cars? Scientists have found that it’s because crows can yell “CAR! CAR!”, but not “TRUCK! TRUCK!” to warn their friends in incoming traffic.

A robber broke into the local zoo the other day and made off with a whole cage filled with crows. He took all of them! I guess you could say that he got away with murder.