Balloons aren’t just great for birthday parties, but they can be funny on absolutely any day of the year!

Here’s a look at how much fun balloons can be!

Did you hear about the balloon company who had to shut their doors? It was inflation, things were just getting too steep.

What did the one confused helium balloon say to the other helium balloon? I don’t know what’s going on, but your gas is as good as mine!

Why did the balloon have to go to the doctor? He was feeling pretty lightheaded!

How did the balloon get hurt? They fell float on their face!

Why did the balloon make an appointment to see his therapist? He said he was feeling deflated lately.

Balloons pretend to be all that, but they’re actually just full of hot air.

Did you hear about the balloon who got famous really quickly? People say they saw him making his way up there.

I had a really great joke about a balloon to tell you, but it just floated away.

I work at a balloon factory and I’ve been asking my boss for a salary increase for several months now. He just won’t let up.

Did you hear about the guy who invented a cold air balloon? It was a great idea, but it just never really took off…

You should never agree to watch how they pack away a hot air balloon. It’s really deflating.

My boss told me that I should quit my job at the helium plant. I told him I didn’t like the sound of his voice.

I was going to give you some money this year, but I tied it to your helium balloons and it just floated away somewhere.

Happy birthday! I got you some helium balloons, but forgot to tie them down.

On a lighter note, I hope that you enjoy the balloons I bought for your birthday this year.

Happy birthday with some balloons, no strings attached!

I was going to send you a balloon animal, but I filled it with helium instead of air and it ran away.

Bad news: the price of balloons is said to go up even further thanks to inflation.

Did you hear about the balloon with anger issues? He would just explode at random times.

What did the one balloon say to the other? Watch out for the catctu-s-s-s…

I was going to make a chihuahua from a balloon, but it exploded.

What was the balloon’s favorite dessert? A float.

Was the Disney movie about the old man and the balloon house true? No, I think it was Up. 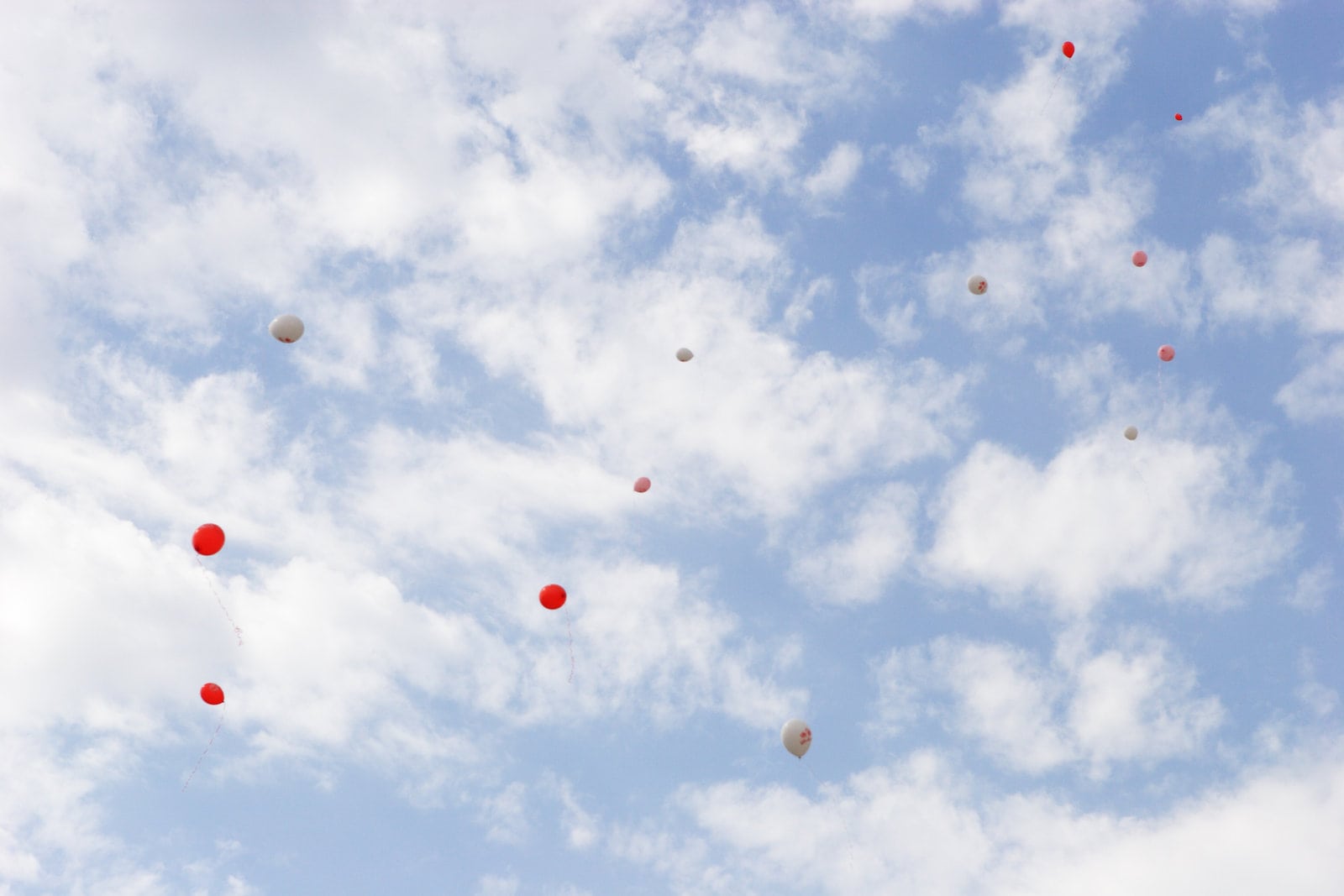 I wanted to start a hot air balloon manufacturing company last year, but I just couldn’t get it off the ground.

Wow, these hot air balloon puns sure get carried away sometimes.

Hot air balloon rides are pretty popular, but I think people are just full of hot air about it.

A couple find themselves stuck in a hot air balloon, and the husband decides to yell for help over the side. He yells over the hot air balloon for help, and someone screams back twenty minutes later. “It’s useless!” he cries. When his wife asks why, he says: “They probably work in tech support, they took too long to answer.”

I can’t believe hot air balloon prices have gone up so much lately.

They sure must have known their son was on the way up in life when they named him Balloon.

What do you say at a balloon release?