Pigs are one of the best pets anyone can have: they’re cute, cuddly and who wouldn’t love to cuddle their favorite four-legged best friend called [insert name here]?

Don’t know what to call your pig…yet?

Here are some of the greatest funny, cute and hilarious names for pigs – including boy pig names, girl pig names and funny celebrity pig names! 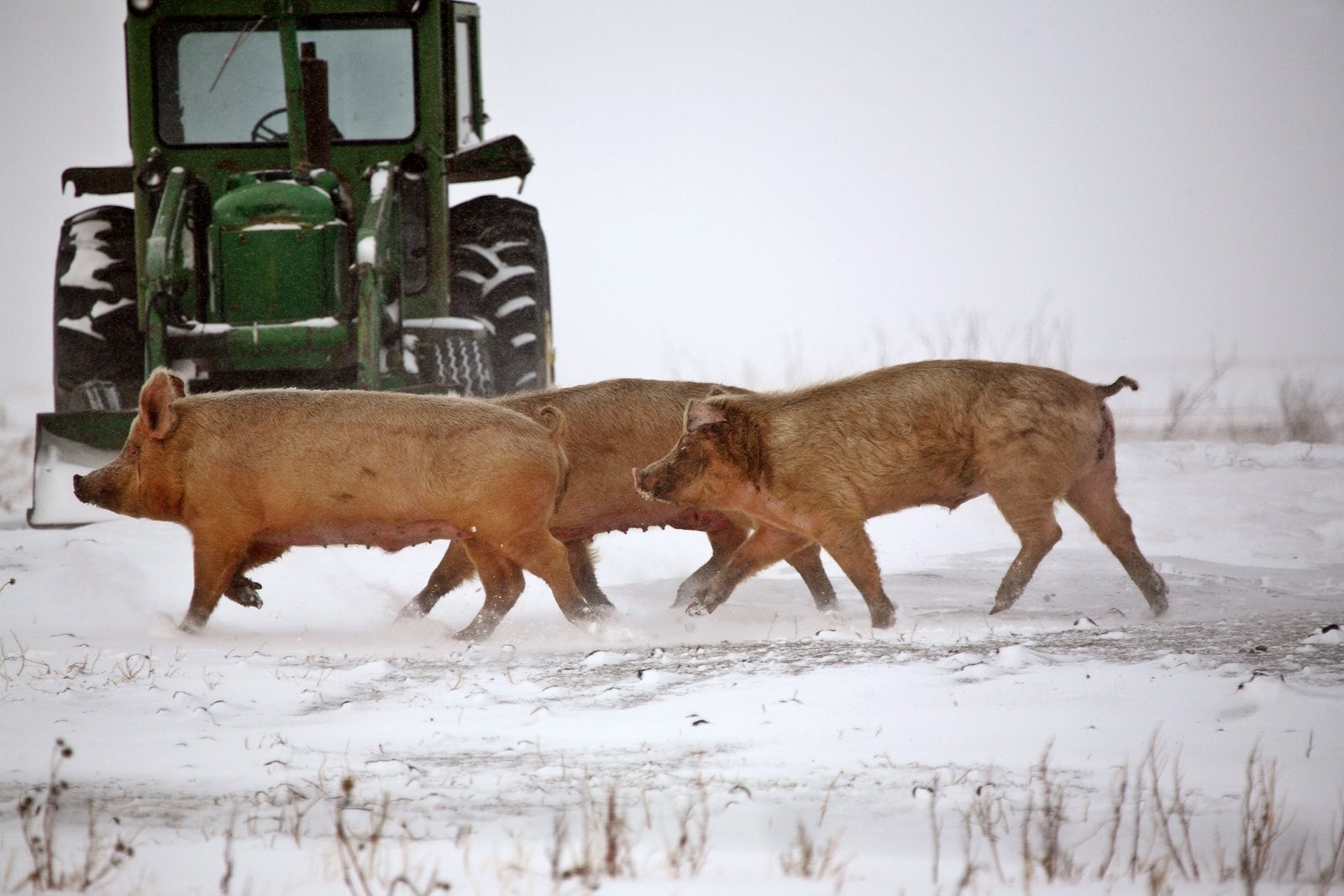 Miss Piggy is one of the most famous pigs in the world – and together with Kermit the Frog, they might be one of the most recognizable star couples in the whole of Hollywood! Appropriate for any pig pet, Miss Piggy shows off some of their style and flair.

History has seen many famous Peggy’s make a difference. Show your love and support for anyone named Peggy by calling your four-legged beloved Peggy the Pig. There have been actresses, show characters and activists throughout history – all called Peggy!

While the real Marilyn Monroe said that she was likely going to come back as a white cat if she ever reincarnated, we think that the name Marilyn could also be a perfect fit for any pig with some style. The real Marilyn had the world at her feet…does that sound like anyone you know yet?

Daisy is one of the most popular names for cows in the world – and even though we’re not sure why this is, we thought that it would also make a great name for anyone’s beloved pet pig. Alternatively, many other appropriate flower names are out there for the pig in your life!

According to official statistics, Mary is one of the world’s most popular female names. Take a bit of inspiration from the world’s baby names, and name your baby pet pig the number one female name in the year 2022.

If you’ve spent most of your life living under a rock, then you might not understand this reference. However, if you are familiar with any of the Disney franchise featuring this character, you will already know Pumbaa as one of the best, favorite pig (technically, hog) characters of all time.

Porky the Pig is a character that is as popular as Bugs Bunny or Crash Bandicoot, and we say that it would make a great name for any pig in history!

If you don’t know what names to give your pig, then there’s always the option of taking inspiration from other languages. Buta (豚) is the Japanese word for pig.

Did you know that Liam is currently the most common male name in the US for 2022? This isn’t just true for humans, but we say it should also be true for pigs – and you can name your pet piggy anything you like!

If you’re a fan of Family Guy, then this name doesn’t really need a lot of explanation, now does it? Brian is the family dog in the Griffin house (and an aspiring writer), but we say that it would also make a mighty fine name for a pig!

There almost isn’t one girl (or boy) in the world who doesn’t know the cute and funny Winnie the Pooh. Who could forget the beloved character Piglet? If you can’t find an appropriate name for your pet pig, we say that Piglet is perfect!

Apple isn’t just a popular celebrity baby name, but can also be the perfect name with Southern flair for your pet pig. Who wouldn’t just love to call their Apple to the breakfast table in the morning?

Babe is an ever favorite pig name, and one of the most popular funny Southern girl pig names you can find. If you haven’t seen the movie, it tells the story of a pig and her adventures – unforgettable!

If you’re a true Southern gal, then you’ll know Dolly as one of the best country singers of all time – and it’s the perfect name for an independent lady who knows her stuff! 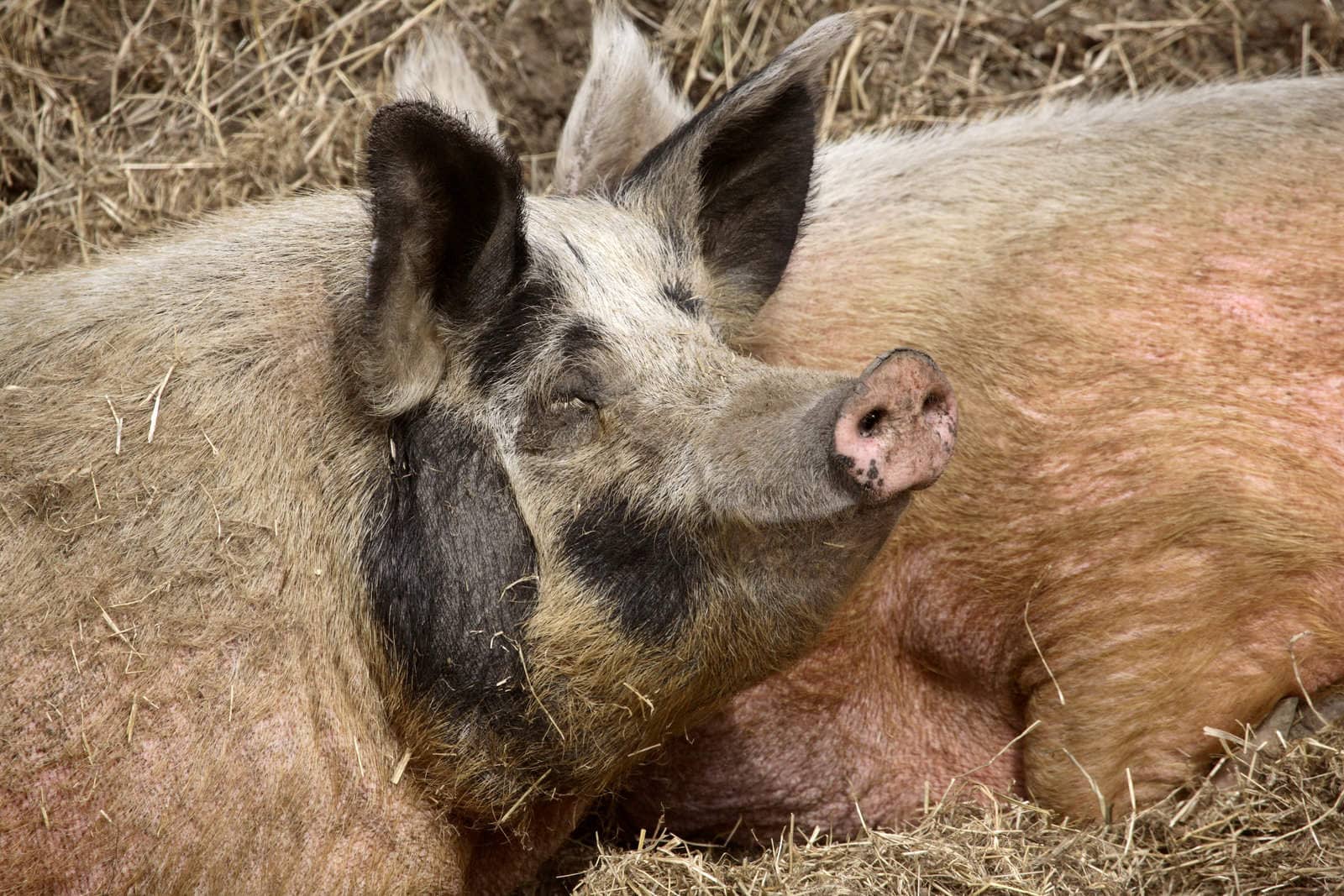 Funny Names for Pigs in a Blanket

If you need to find an alternative name for pigs in a blanket, you can always choose the name of an obscure online casino that existed during the height of the nineties boom (and then faded into the darkness of internet hell).

Wieners in a Wrap

If you had to substitute one ingredient for another when talking about this great party snack, just call them wieners in a wrap instead.

We’ve all heard of hot dogs, but if you aren’t sure what to call your snacks once they’ve been assembled, just go with Peeking Puppies instead. Just like pigs in a blanket, they look great once they’re wrapped up.

Funny Names for Pigs in Minecraft

An Afrikaans word that literally translates to mean “piggy”.

According to internet data from 2022, Michael Bloomberg tops the list as one of the world’s richest people.

If you can’t find any good Minecraft names for your pigs, why not go with Cerdo, the Spanish term for pig?

Boston isn’t just the name of several cities in the United States, but also a very specific piece of pork! We think it would make a perfect Minecraft pig name.

The Rock is one of the highest paid actors in the world right now, and some pigs are just built like the guy: stocky, strong and cute!

If you didn’t know it, the actress and celebrity Elizabeth Hurley is a very enthusiastic fan of pigs herself!