Flamingos are an interesting bunch, and they’re one of the only animals that can be seen all over the world in the form of a bright lawn ornament! Did you know that a group of flamingos together is called a “flamboyance”, and that there are six different species of flamingo out there in the wild?

If you have never heard these flamingo facts before, prepare to be fascinated!

Here are some of the most interesting flamingo facts for kids we could find, including fun facts about flamingos for kids and all the information about where flamingos live, what flamingos eat and how flamingos behave. 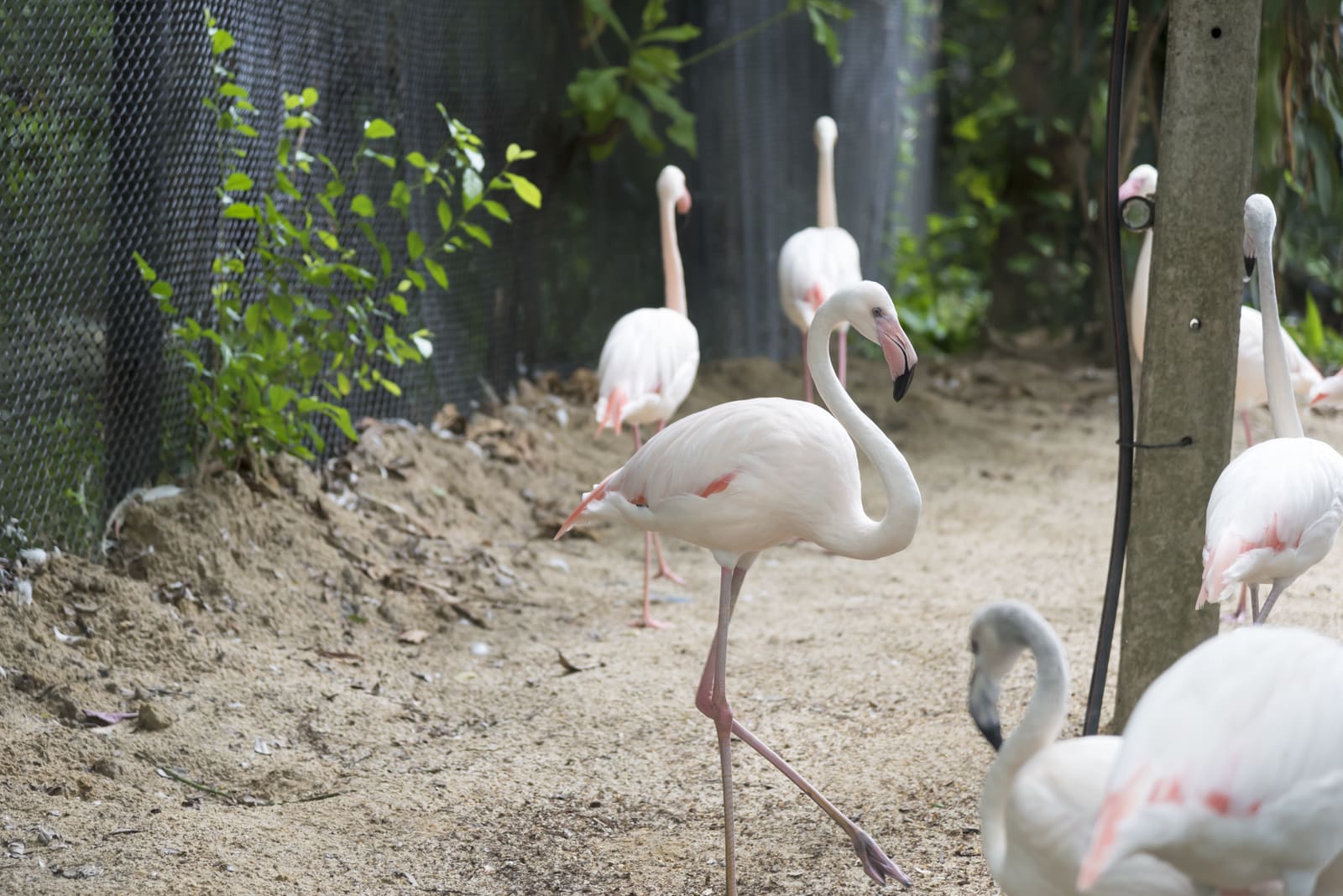 Fun Facts About Flamingos for Kids

A group of flamingos together is called a flamboyance. If someone is called flamboyant, then it means that they are about as bright and obvious as a flamingo standing in the middle of the water.

The word “flamingo” originates from Spanish, and literally means the color of flames. Because of the costumes and movements, the flamenco dance is named after the same root word, and reminds people of flames dancing around

A flamingo can have a wingspan of as much as 60 inches, and flamingos use their wings for a huge amount of tasks that are not just flying. When flamingos feel threatened, they will flap their wings and attack with their feet at the same time.

Flamingos might look like one of the cutest things you’ve ever seen in the water, but they can also defend their territory against other flamingos and intruders. When a flamingo gets approached by a predator such as a snake, their quick reactions can often result in a win for the flamingo (and an unfortunate loss for the snake).

An adult flamingo might get as much as 4 to 5 feet tall, and flamingos live to as much as between 20 and 30 years in the wild. Captive flamingos could live even longer than this, because they are not exposed to natural predators when in captivity.

There are a total of six different flamingo species in the world.

Most flamingos are gray or white when they’re born, and will later develop their characteristic pinkish color.

Flamingos can fly, but it’s a lesser known fact that flamingos also have the ability to jump several feet in the air.

The flamingo is the national bird of the Bahamas, which is located in the Caribbean.

Flamingos are one of the only animals that are known to eat their food by angling their heads upside down.

According to Guinness World Records, the longest line of garden flamingos ever documented measured an incredible 4,832.21 feet. That must have been a whole ton of ornaments together!

What Do Flamingos Eat?

Flamingos eat a diet that consists mostly of different algae and small shrimp that can be found in the water around them.

It’s thanks to this unique diet that flamingos are colored the way they are, and they take in the pinkish color through the food they eat.

Where Do Flamingos Live?

Flamingos can be found in Asia, America, Africa and Europe in nature.

Flamingos don’t like colder weather, and wouldn’t survive in conditions that the rest of the world has to offer.

Yes, and they do this very often!

When flamingos are in flight, they can reach speeds of up to 35 miles per hour in the air.

Flamingos aren’t just fast in flight, but they can also fly for very long distances. A flamingo can make it through about 400 miles worth of distance in just a single night’s worth of flying – and they do this all the time! 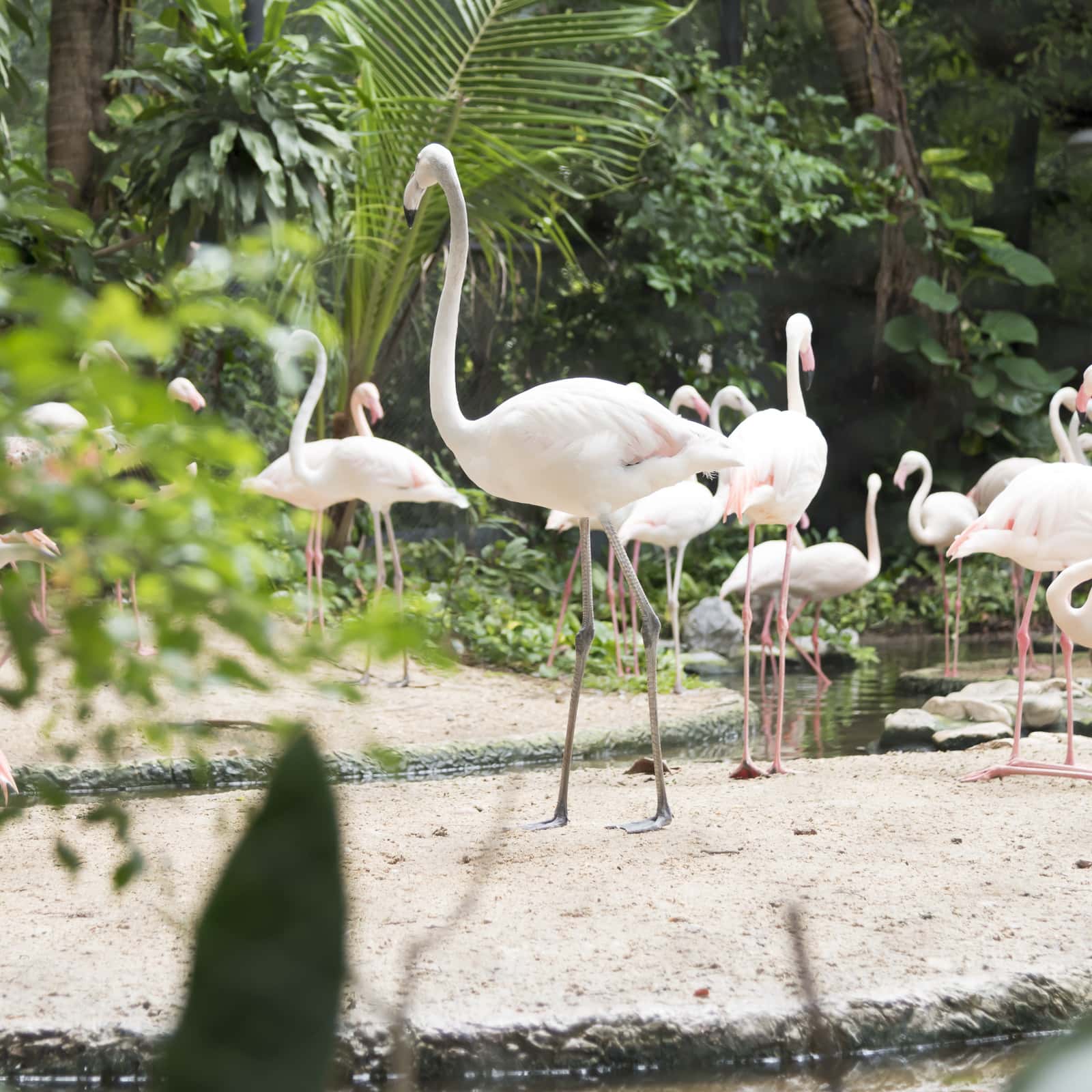 Why Are Flamingos Pink?

The answer to why flamingos are pink lies in their diet.

Flamingos eat a lot of shrimp, and these shrimp eat algae that contains something called carotenoids.

Carotenoids are a type of natural colorant that can be found in carrots.. And in the diet of the average flamingo! The carotenoids they consume help to give their feathers this unique color.

If a human ate only shrimp and carrots, it would have the same effect, and they would eventually turn orange from a carotenoid overload.

Can Flamingos Be Other Colors?

Yes, but the color difference from one flamingo to the next doesn’t span the entire color wheel.

Flamingos can be other colors, but don’t expect to see a purple or yellow flamingo in nature any time soon.

According to Birdwatching.org, the term “blue flamingo” is an incorrect term, and there are no flamingos in nature that are actually colored any kind of blue.

The blue flamingo is simply a different type of flamingo with a slight change of diet from what you would see any other flamingo eat.