If you didn’t know, the word hamster comes from the German word hamstern, which means to hoard. Hamsters love to hoard their food in their cheeks, much like squirrels go and hide their nuts – and it’s one of the cutest hamster behaviors any owner can mention!

Here are some of the best creative and cute hamster names for your new furry member of the family. 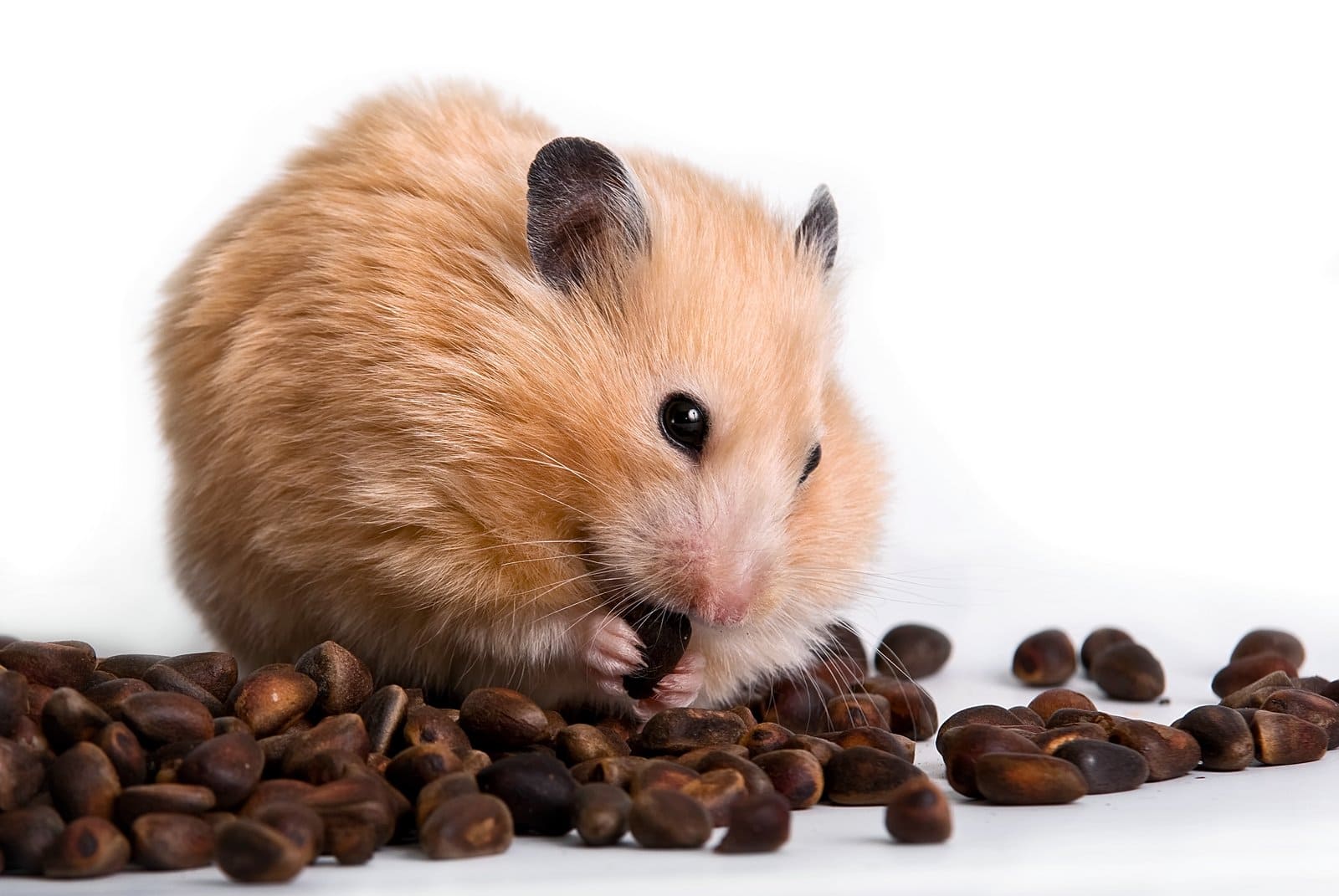 What Are Some Funny Hamster Names?

Hamtaro is the name of the eponymous hamster from the animated television show – and if you’ve never seen an episode before now, it’s the perfect time to YouTube the show about the cutest hamster ever created and his friends!

If you’re a fan of anything 420, have a laugh as you say, “Dave’s probably not here, man…” Plus, we’d say that Dave makes a pretty damn good name for a hamster.

We’ve had so many presidents by now that you could just go with the simple Mr President. This way, nobody can see your political preferences by what you named your hamster – but you still get to feel patriotic when you say it.

What Are Good Male/Boy Hamster Names?

Choose your name from one of the most legendary hamster movies ever created, G-Force: name your hamster Bucky and pick a name that comes with all the appeal and flair!

Rhino the Hamster is a great name for any hamster addition to the family, and it comes from the successful Hollywood movie Bolt.

If you squint, Tom Cruise looks a little bit like a hamster, doesn’t he?

If you know you’ve got a girl hamster in the house, go with the name Pamela Hamster. While it’s from a TV show, we figure that Hamster should be a more popular surname.

There are many famous Bonnie’s in history, including Bonnie Tyler and the female half of the criminal duo. Depending on how much mischief your hamster gets up to, just go with the name Bonnie.

Okay, okay, it was Gandalf the Gray – but we figure that it can still be one of the best hamster names of all time. Wizards are never late, nor early, but conduct most of their mischief just on time.

Who remembers Dexter and his laboratory? Well, we figure that Dexter and his white lab coat might just be what reminds you of your favorite hamster. If the name fits…

If your brown hamster turns out to be a little more of a lover than a fighter, go with the name Rocky. You can tell people that they’re named after the boxer – or with a little more creativity, the ice cream or Beatles song about rocky raccoon.

According to Google, the name Maria is the current most popular girls’ name in the world. If you’re sure you’ve got a female hamster and you want to choose something creative yet popular at the same time, Maria makes the perfect hamster hamster name… Don’t you think?

If you want to choose a creative name, choose Mike. Statistically, much less people have named things this in the years 2000 than before. No lies, look it up.

Everyone knows at least one Alex, and the name Alex is one of the most popular unisex names in the world right now… It’s not just for human children, but for any hamsters in need of a great name too.

The name Sylar probably doesn’t refer to any girls (or boys) that you know personally… That’s not necessarily because it’s unisex, but because it’s fictional.

If you’re a fan of the Lord of the Rings series, then the name Naugrim will already ring enough of a bell. Even if you don’t know the series, doesn’t the name of an actual dwarf make a really cool name for a real dwarf hamster?

Dwalin is one of the famous dwarves in the Lord of the Rings series, but the name also comes from ancient Norse mythology – and even fans of Neil Gaiman’s American Gods might know the name Dwalin already.

In the popular LOTR mythology, this name refers to one of the first dwarves to ever exist (and maybe, it’s the perfect name for your new dwarf hamster).

Here’s one more perfect hamster name for a dwarf hamster addition to the family. Of course, make sure that you don’t name the other member of the family David – that would just be wrong. 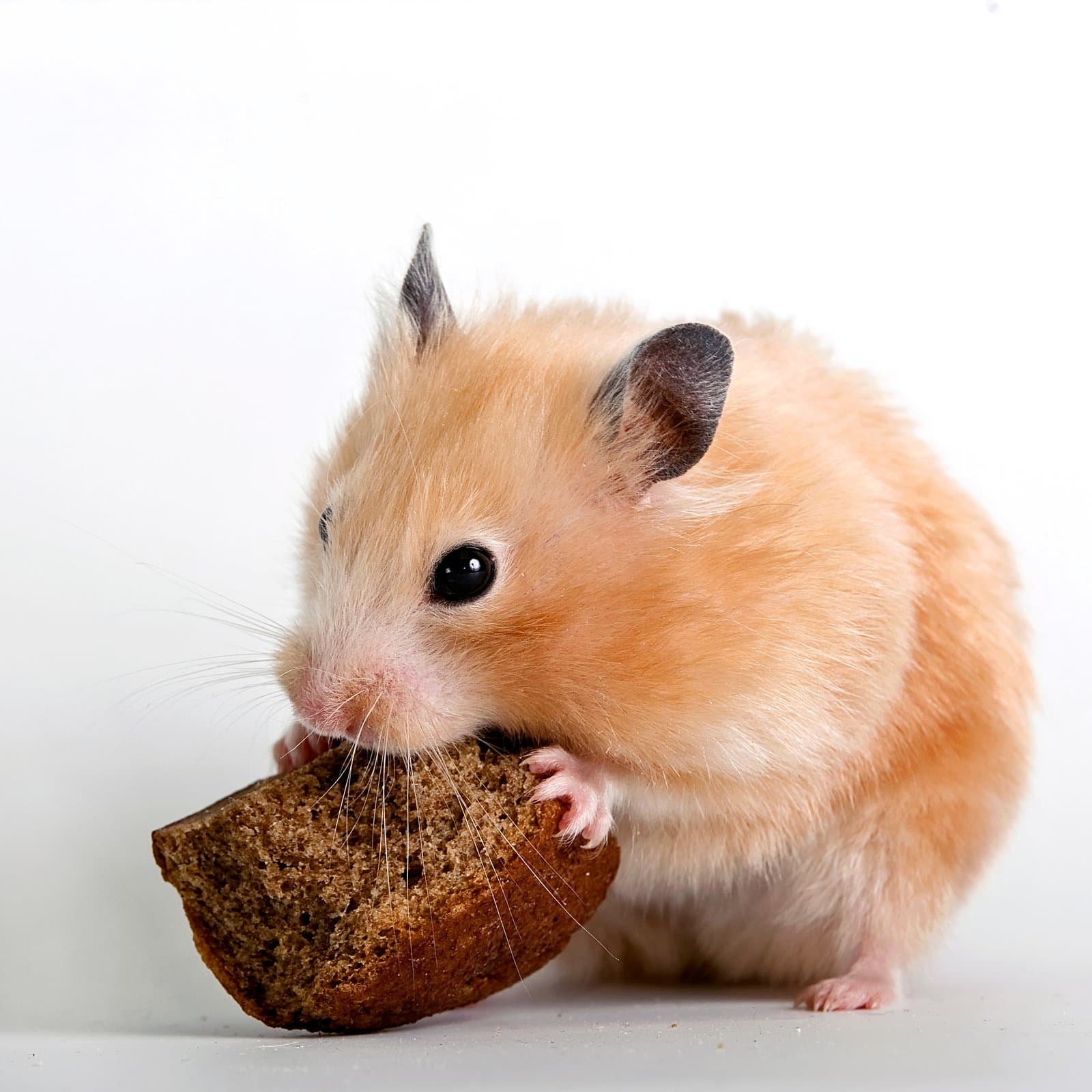 Well, who says that only Elon Musk’s child is allowed to carry this odd and unpronounceable gem of a name? Since he didn’t copyright it, you’re absolutely welcome to name your hamster anything that you’d like.

If you’re a fan of puns and you can’t help but see the word ham every time you look at the word hamster, let’s just go all the way there and name your new pet bacon.

If you want to take inspiration from Disney, name your new family addition after Rhino the Hamster, from the successful movie Bolt.

Even though it’s one of the more obscure shows from Disney, you can choose to name your hamster Pamela Hamster – it’s from the TV show Fishhooks, YouTube it.

Walt is just about the most Disney appropriate name anyone can choose for their hamster – even though the creator of Disney wasn’t furry by anyone’s standards.

Okay, we couldn’t resist to include this one too. Since nobody can tell us what on Earth an Elon is, we figured that it could make an absolutely great name for a hamster.

In the nineties, there was this tabloid rumor about Richard Gere and his pet hamster… You know, let’s just forget about all of that. Richard still makes a great name for a hamster by anyone’s standards.