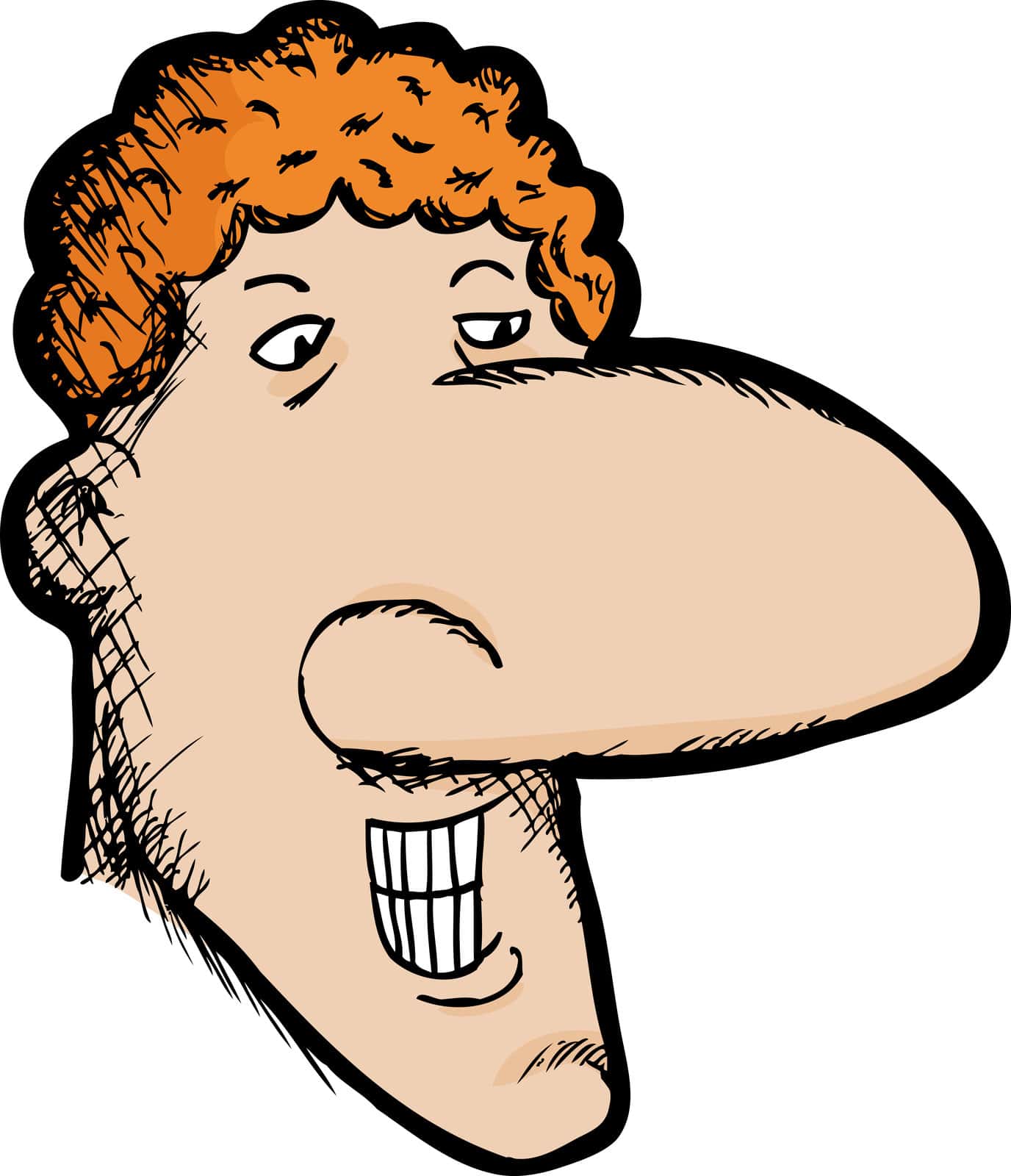 Which Cartoon Character Has a Big Nose?

We all know Spongebob Squarepants: he lives in a pineapple under the sea… Spongebob has a larger than average nose, and it might be smaller than Squidward’s, but Spongebob still has one of the largest noses in the show.

Does it help him to smell when the Krabby Patties are perfectly cooked?

Squidward is the famous, clarinet-playing neighbor of Spongebob Squarepants. He is usually in a much less excited mood than Spongebob, and it leads to much of the hilarity of the show’s plot. Everyone has a favorite Squidward moment – and once in a while, you might wake up feeling just like Squidward and his impressive nose!

The Grim Adventures of Billy & Mandy is a cartoon show that first started in 2001 – and hundreds of episodes featuring Billy, Mandy and the Grim Reaper have been aired to date along with several  longer specials.

The first thing you’ll notice about Billy, of course, is his nose, shirt and hat!

Phineas is the crafty character from Phineas & Ferb, one of the most successful cartoon franchises of all time.  The show has been going since 2007, with big-nosed Phineas as the show’s main character in more than 129 total episodes.

If you had to name a feature that stands out about Phineas, well, that would be his nose…

If you were paying enough attention in that paragraph way up over there, you’ll notice that the show was all about the Grim Adventures of Billy & Mandy – and you just don’t dare leave the secondary character off the list.

Much like the character of Billy, Mandy is drawn with a similarly big nose.

Edna Mode is a character from the Disney movie The Incredibles, known as a fictional fashion designer. One of the first features that you’ll notice about the character is her larger-than-life-sized nose – which she proudly sports high up in the air as she struts about the scene.

Also, in some languages, the word mode translates directly to fashion!

Goofy is one of Disney’s most famous talking dogs, and he shares a neighborhood with Mickey and Minnie Mouse. He’s been the star of several Disney movies and his very own cartoon show – and of course, the first thing you spot about beloved Goofy is his ears, hat and nose!

If you’ve ever seen the original Peter Pan cartoon created in the fifties, John Darling appears as one of Michael and Wendy’s brothers – and his nose more than stands out from the rest! 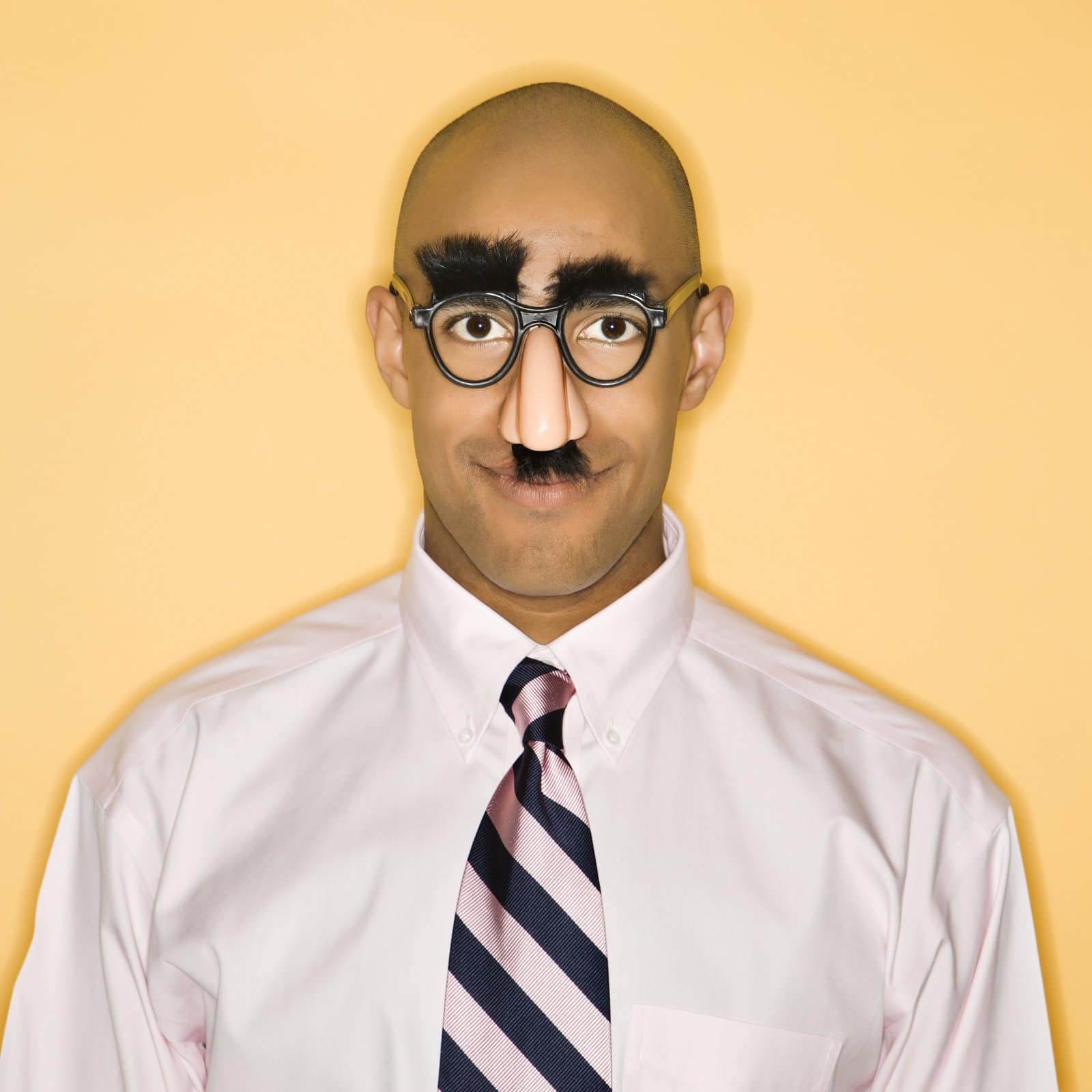 She’s famous for her martial arts skills and she’s usually the brains of the Mystery Bus. The only character it could possibly be is Velma Dinkley from the Scooby Doo cartoons, known most for her pointy nose and bright orange jumper.

Even if you have never seen one episode of Futurama, you’ll still recognize the memes of Professor Farnsworth. He’s a clever professor with a big, pointy nose, glasses and a white lab coat. He’s smart, but he also tends to make his own trouble even worse.

Mr Burns is the ancient, cold boss from The Simpsons. He’s in charge of running Springfield’s nuclear power plant, and he represents the picture of a cold and emotionless CEO. He’s known for his big nose and dark overtones, and some episodes allude to the fact that he might even be an undead vampire.

According to The Simpsons, he’s somewhere around 118 years old.

Scrooge Mcduck is one of Disney’s most famous ducks – and you’ll know him as part of many Disney stories, or the scene where he’s in his vault diving into a heap of coins. Okay, so he’s duck and not human, but his nose definitely puts him on this list.

The Thornberries are one of the most beloved cartoon families, and their adventures have made up several movies and their own series. Nigel Thornberry is portrayed with a larger-than-life nose and bright red mustache.

Cartoon with Big Nose and Glasses

Dennis the Menace is a character everyone loves to hate, and that’s just how his older neighbor Mr Wilson feels about him! While not always wearing his glasses, Mr Wilson is usually depicted with a larger nose in most of the cartoons and movies.